There are 2 entries for this date: Lorraine Hansberry and Nora Ephron 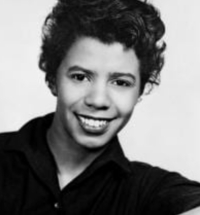 On this date in 1930, Lorraine Hansberry was born in Chicago, the daughter of civil rights activists and intellectuals. Her play, "A Raisin in the Sun" (1959), the first drama by a black woman to be produced on Broadway and winner of the New York Drama Critics' Circle Award, was loosely based on her own experiences. When she was 8, her parents bought a house in a white neighborhood, where Lorraine witnessed a racist mob and her parents' resulting civil rights case.

She studied at the University of Wisconsin for two years, then moved to New York to become a writer, working as an associate editor of Paul Robeson's "Freedom." She married Robert Nemiroff in 1953, whom she met on the picket line while protesting discrimination at New York University. Hansberry divorced her husband in 1964.

Hansberry selected the title of her play from a line in a poem by Langston Hughes: "What happens to a dream deferred? Does it dry up like a raisin in the sun, Or does it explode?" Sidney Poitier starred in both the play and film version. The play's central protagonist is Beneatha, an eager young woman determined to fight social convention and go to medical school. Beneatha is a "self-avowed" atheist (who gets slapped by her mother for admitting it).

Hansberry wrote "The Drinking Gourd," commissioned by the National Broadcasting Co., in 1959. About the American slave trade, it was considered too hot for television and was never produced. Her play, "The Sign in Sidney Brustein's Window" (1964), was about a Jewish intellectual. It played on Broadway while Hansberry was being hospitalized for the cancer that cut her life short at age 34. "To Be Young, Gifted, and Black" was posthumously adapted from her writings and was produced off-Broadway in 1969, also appearing in book form in 1970. (D.1965)

"I get tired of God getting credit for all the things the human race achieves."

—Hansberry, “Raisin in the Sun” (words ascribed to Beneatha) 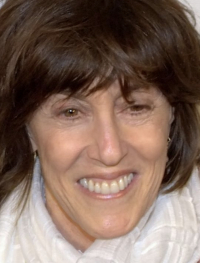 On this date in 1941, Nora Ephron was born in New York City, the eldest of four daughters of Phoebe (Wolkind) and Henry Ephron, Jewish screenwriters. She was named Nora after the protagonist in Henrik Ibsen's play "A Doll’s House" and grew up in Beverly Hills, Calif. She attended Wellesley College and graduated in 1962.

Shortly after graduation, she began writing for the New York Post and worked for that publication for five years. She went on to write a column for Esquire on women's issues. Her first film, "Silkwood" (1983), on which she was a screenwriter for, starred Meryl Streep as a labor activist and nuclear whistle blower.

Kristin Marguerite Doidge in Nora Ephron: A Biography (2022) quoted longtime friend Dianne Dreyer:  "I know she didn't believe in an afterlife, and I know she wasn't a religious person, but she certainly believed in magic. She certainly believed that one of the greatest pleasures you can have in life is doing something special for someone else."

She was particularly adept at writing for the romantic comedy genre, but it was rom-com with a feminist bent. She received numerous awards, including a BAFTA for Best Original Screenplay for "When Harry Met Sally" in 1989 and was nominated for many others, including several Oscars and Golden Globes.

Ephron was known for her sense of humor, quick wit and enjoyment of cooking. She was an accomplished chef. She worked closely with her sister, Delia Ephron, on much of her work. Ephron had a famous, short-lived marriage with Watergate reporter Carl Bernstein (inspiring her novel Heartburn). She had two sons, Max and Jacob, with Bernstein. She was married to her third husband Nicholas Pileggi, for over 20 years and was with him until she died at age 71 of acute myeloid leukemia. (D. 2012)

"My mother was not one to go in for superstition or miracles — godlessness was for her a form of religion, a belief in self-sufficiency above all else. "

—Jacob Bernstein, speaking about his mother the year after her death (New York Times, March 6, 2013)