On this date in 1769, "blasphemer" Peter Annet died. Born in 1693, he became a schoolmaster in Liverpool. In 1739 he wrote and published a pamphlet, "Judging for Ourselves, or Freethinking the Great Duty of Religion," a strong criticism of Christianity. For writing this and similar pamphlets, he lost his position. Annet moved to London, where he became an outspoken member of the Robin Hood Society, a public debating society.

Annet, in his Resurrection of Jesus (1744), advanced the hypothesis of the illusory death of Jesus and suggested that perhaps Paul should be regarded as the founder of Christianity. In Supernaturals Examined (1747), Annet denied the possibility of miracles.

He was convicted of publishing "blasphemies" in The Free Inquirer periodical, which he founded in 1761. At age 68, Annet was sentenced to the pillory and a year's hard labor. He later started a school and is known for inventing a system of shorthand. 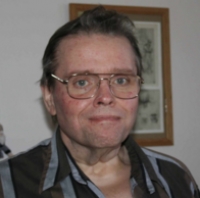 Shanks was a self-described atheist who strongly supported evolution education. In his article “Fighting for Our Sanity in Tennessee,” published in Volume 21 of Free Inquiry magazine, he described his experience of being a nonbeliever who taught evolution in the bible belt: “I am an atheist for the same reason that I am an ‘asantaclausist.’ There is no convincing evidence to support claims about the existence of either alleged entity. Actually Santa may be the better off of the two, for the sincere testimony of small children is a tad more convincing than that of wily adults with sophistical arguments and axes to grind.”

In God, the Devil, and Darwin, Shanks denounced creation science: “The real motivations of the intelligent design movement ... have little to do with science but a lot to do with politics and power — in particular, the imposition of discriminatory, conservative Christian values on our educational, legal, social and political institutions.” Shanks continued, “While we in the West readily point a finger at Islamic fundamentalism, we all too readily downplay the Christian fundamentalism in our own midst. The social and political consequences of religious fundamentalism can be enormous.”

He died in Wichita in 2011 at age 52 following a lengthy illness.

“Of God, the Devil and Darwin, we have really good scientific evidence for the existence of only Darwin.” 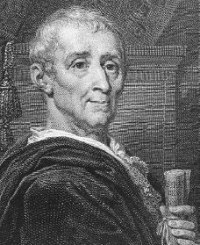 On this date in 1689, political philosopher Charles-Louis de Secondat, Baron de Montesquieu, was born near Bordeaux, France. Educated at Catholic schools, Montesquieu earned his law degree at the University of Bordeaux in 1708. He inherited his father's estates in 1713. In 1716 he became a titled baron. He married a practicing Protestant woman and had three children but immersed himself in work and scholarship.

For about a decade he presided over the criminal division of Bordeaux's governing council, resigning in 1725. His irreverent spoof Persian Letters, published anonymously in 1721, was banned by the Catholic Church. The novel, pessimistic but amusing, was written as a correspondence between two Persian Muslims commenting on the peculiar customs of Europe. Aware of the identity of the author, Catholic officials attempted to bar Montesquieu from the Academie Francaise but he was eventually admitted in 1728.

His opus, The Spirit of Laws (1731), promoted a republican democracy and the separation of powers, specifying "three estates" (legislative, executive and judicial) and called for the abolition of slavery and of religious persecution. It was also banned by the church. It remained in print and was a major inspiration to James Madison and the American founders, who adopted a Constitution closely patterned after Montesquieu's political philosophy.

The most radical notion in his work was the omission of a role for clergy in government. The Spirit of Laws also found its way into the Index of Forbidden Books. A classical deist of the Enlightenment, Montesquieu believed only in a nature's god, not a personal deity. D. 1755.

“If triangles made a god, they would give him three sides.”

On this date in 1925, atheist philosopher and literary theorist Gilles Deleuze was born in Paris. A pioneer of post-structuralism, Deleuze is best known for two volumes of a work titled Capitalism and Schizophrenia, co-authored by psychoanalyst Félix Guattari. The first volume, Anti-Oedipus (1972), synthesizes the theories of Karl Marx and Sigmund Freud. The second volume, A Thousand Plateaus (1980), explores a much wider array of topics. Deleuze’s often impenetrable yet beautiful style has been attributed to the influence of Friedrich Nietzsche, who believed philosophy must be presented in conjunction with poetic language and vice versa.

Deleuze also took from Nietzsche a disdain for theology and the influence of religion over human morality. In Twilight of the Idols: or How to Philosophize with a Hammer (1889), Nietzsche lamented the “theologians who use the concept of ‘moral world order’ to keep infecting the innocence of becoming with ‘punishment’ and guilt.’ Christianity is a hangman’s metaphysics.”

Like many post-structural theorists, Deleuze found religions were “worth much less than the nobility and the courage of the atheisms they inspire.” (Two Regimes of Madness: Texts and Interviews, 1975-1995, 2007). Like the German philosopher Ernst Bloch, Deleuze posited that there is "always an atheism to be extracted from religion" and suggested that Christianity "secretes" atheism more than any other religion. (1991, What is Philosophy?)

Deleuze married Denise "Fanny" Grandjouan in 1956. He committed suicide in 1995 by jumping from his apartment window at age 70 after suffering from severe respiratory problems for years, including tuberculosis and removal of a lung.

“A concept is a brick. It can be used to build a courthouse of reason. Or it can be thrown through the window.” 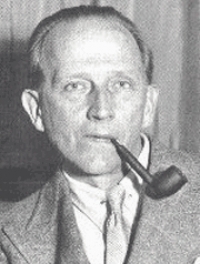 On this date in 1882, classic children's author Alan Alexander Milne, known as A.A. Milne, was born in England and brought up in London. With his brothers he attended his schoolteacher father's school, Henley House. One of his influential teachers there was H.G. Wells. Attending Cambridge on a mathematics scholarship, Milne was given the gift of 1,000 pounds by his father upon graduation. He used it to move back to London and become a writer.

Milne freelanced for newspapers, joined the staff of Punch magazine and wrote a book that flopped, Lovers in London. In 1913 he married Dorothy "Daphne" de Sélincourt. In 1915 he volunteered in World War I and wrote his first play while serving. His only child, Christopher, was born in 1920. In his 1974 book The Enchanted Places, Christopher wrote about being estranged from his parents and resenting what he came to see as his father's exploitation of his childhood.

“The Old Testament is responsible for more atheism, agnosticism, disbelief — call it what you will — than any book ever written; it has emptied more churches than all the counter-attractions of cinema, motor bicycle and golf course.” 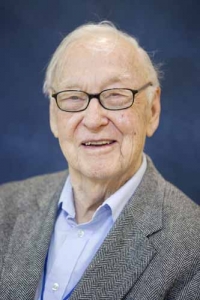 On this date in 1916, world-renowned evolutionary biologist and population geneticist James Franklin Crow was born in Phoenixville, Pa. Crow grew up in Wichita, Kansas. "The Quaker Church in Wichita was an interesting mixture. I grew up in it and was a regular attender. My father and mother both were very serious about their religion," Crow stated in the Oral History of Human Genetics Project in 2005, adding, "My own views are atheistic, but I don't go around preaching atheism. You don't get very far trying to do this."

He was a Fellow of the Royal Society of London and the Japan Academy, a member of the American Philosophical Society, the World Academy of Art and Science, the American Academy of Arts and Sciences, the National Academy of Medicine and the National Academy of Sciences, where he has chaired several committees, including one to study forensic uses of DNA fingerprinting. That committee’s report helped legitimize use of DNA testing in court. In addition, he was a prolific researcher whose ideas strongly influenced biological science throughout his career.

The gentle Crow, beloved by his students, colleagues and his community, was a Lifetime FFRF Member. He spoke at age 94 at FFRF’s 2010 national convention in Madison, Wis., about evolution and religious belief. He played viola in the Madison Symphony Orchestra for many years, performing a concert to celebrate his 90th birthday. In 2009 the James F. Crow Institute for the Study of Evolution was established at the University of Wisconsin-Madison. D. 2012.

"My main personal reason for nonbelief is: Why would an all-powerful and especially benevolent creator permit so much sin and suffering?"