There are 3 entries for this date: Steven Soderbergh , Andy Rooney and Julian Bond 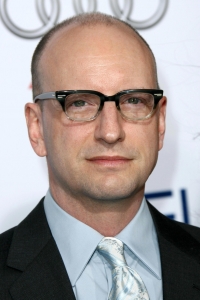 On this date in 1963, filmmaker Steven Andrew Soderbergh was born in Atlanta. He grew up in Baton Rouge, Louisiana, among other residences that are "not places you'd expect to find someone growing up to be a left-winger, let alone an atheist," as The [London] Observer put it in a profile. ("What a lucky Soderbergh," Jan. 7, 2001.) Although his father was a professor at Louisiana State University, Soderbergh skipped college and got into directing early.

Soderbergh also directed "Ocean's Thirteen" (2007), "The Informant!" (2009), "Contagion" (2011), "Haywire" (2012) and "Side Effects" in 2013 before announcing his retirement from filmmaking. He later returned to direct "Mosaic," a six-part HBO miniseries starring Sharon Stone. Several other directing projects, including "Logan Lucky," "Unsane," "High Flying Bird" and "The Laundromat" continued in 2017-19. 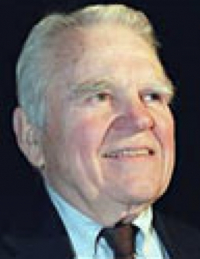 On this date in 1919, commentator Andrew Aitken "Andy" Rooney was born, in Albany, N.Y. He attended Colgate University until drafted into the Army in 1941. He was one of six correspondents who flew with the Eighth Air Force making the first U.S. bombing raids over Germany. He joined CBS in 1949 and helped write for the popular "Garry Moore Show" (1956-65), while also writing for CBS News public affairs. He collaborated with Harry Reasoner on a series of news specials from 1962-68.

Rooney won the first of his three Emmy Awards for his special "Black History: Lost, Stolen or Strayed" (1968). Starting in 1979, he wrote a regular column for Tribune Media Services. "A Few Minutes with Andy Rooney" debuted on the TV news program "60 Minutes" in July 1978 with an essay about misleading reporting of auto fatalities on the Independence Day weekend. Rooney delivered 800 on-air essays for "60 Minutes."

The latest of his 13 books was Years of Minutes. In his 1999 book Sincerely, Andy Rooney, he included a final section called "Faith in Reason," in which he reprinted a letter to his children about his agnosticism and freethought views.

In 2001 he was a recipient of FFRF's Emperor Has No Clothes Award in 2001. He referred to himself as "a writer who appears on television," and was also awarded a Lifetime Achievement Emmy and the Ernie Pyle Lifetime Achievement Award. Rooney appeared regularly on "60 Minutes" until five weeks before his death on Nov. 4, 2011.

“We all ought to understand we're on our own. Believing in Santa Claus doesn't do kids any harm for a few years but it isn't smart for them to continue waiting all their lives for him to come down the chimney with something wonderful. Santa Claus and God are cousins."

"Christians talk as though goodness was their idea but good behavior doesn't have any religious origin. Our prisons are filled with the devout."

"I'd be more willing to accept religion, even if I didn't believe it, if I thought it made people nicer to each other but I don't think it does.” 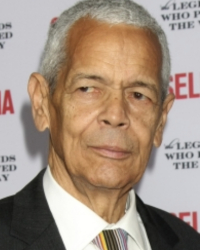 On this date in 1940, Julian Bond was born in Nashville, Tenn., to Julia Washington and Horace Mann Bond. Bond became a lifelong champion of civil rights, chairing the NAACP, opposing the Vietnam War and helping to found both the Student Nonviolent Coordinating Committee and the Southern Poverty Law Center. His great-grandmother Jane Bond was a slave mistress to a Kentucky farmer. One of her sons, Bond's grandfather, attended Oberlin College.

His family moved to Philadelphia, where he enrolled at age 12 in a Quaker school, experiencing racism when he began dating a white girl. The family moved to Atlanta when Bond was 17 and his father became dean of education at Atlanta University. Bond attended Morehouse College, where his teachers included the Rev. Martin Luther King Jr. He dropped out in 1961 to devote more time to protesting segregation and segregated public facilities. He was arrested for leading an early sit-in at the City Hall cafeteria in Atlanta.

As communications director of SNCC for five years, he was credited by The New York Times for "deftly guid[ing] the national news media toward stories of violence and discrimination as the committee challenged legal segregation in the South's public facilities." He returned to Morehouse College in the 1970s to finish his English degree.

Bond served for 20 years in the Georgia General Assembly, which had once escorted him and other black students out of the white-only visitors' section. When he was first elected in 1965, white members of the House refused to seat him. The case went to the U.S. Supreme Court, which in a unanimous decision in 1966 ordered the State Assembly to seat him. He also served in the state Senate. Bond was a productive and effective state senator advocating for many important social causes and sponsoring many successful bills, one of which established a program for the research and treatment of sickle cell anemia.

In 1986 he ran for the U.S. House, but lost to John Lewis, also a co-founder of SNCC. Bond was president of the Southern Poverty Law Center from 1971-79. As a journalist he hosted "America's Black Forum," a syndicated black-owned TV program, for many years. A cultural icon, he once hosted an episode of "Saturday Night Live." He later taught at Harvard and other universities, and as a professor of history at the University of Virginia co-directed the oral history project "Explorations in Black Leadership."

His book of essays A Time to Speak, a Time to Act, was published in 1972. He became chair of the NAACP in 1998 and was active in Democratic Party politics. He was married twice and was survived by his second wife, Pamela Sue Horowitz, three sons, two daughters and eight grandchildren. D. 2015.