There are 3 entries for this date: Margaret Cole , George Clooney and Sigmund Freud 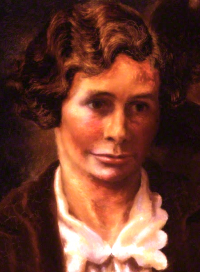 On this date in 1893, English socialist, politician and poet Margaret Isabel Cole (née Postgate) was born in Cambridge, England, to John and Edith (Allen) Postgate. They raised her with a well-rounded education at Roedean School and Girton College, Cambridge. During her time at Girton, Cole was inspired by the works of intellectuals such as J.A. Hobson, H.G. Wells, Sidney Webb, Beatrice Webb, George Bernard Shaw and Noel Brailsford.

These readings led her toward a life of socialism, feminism and atheism and away from her conventional Anglican upbringing. Cole became a classics teacher at St. Paul Girls School at Cambridge. Her brother shared some of her interests and was imprisoned during World War I as a conscientious objector.

While working with the No-Conscription Fellowship, she met George Cole, who led a movement known as Guild Socialism. They married in 1918 and joined the socialist Fabian Society before moving to Oxford in 1924. During their time there they taught, co-authored numerous mystery novels and created the Socialist League. Although she was anti-World War I, she espoused military action in the 1930s after witnessing the rise of Hitler and the Nazi Party.

In 1949, her autobiography, Growing Up Into Revolution, was published. She wrote many other books, including a biography of her husband.

Cole was committed to the well-being of London’s citizens and came to be a founding member of the Inner London Education Authority in 1965, where she remained until 1967, when she retired. She received the Order of the British Empire in 1965, the equivalent of being knighted for men, and thus became Dame Margaret Cole. She used her academic exposure to introduce comprehensive education in London throughout the rest of her life. D. 1980.

“[Conscientious objection] on religious grounds was for most part treated with respect, particularly if the sect had a respectable parentage. … But non-Christians who objected on the grounds that they were internationalists or Socialists were obvious traitors in addition to all their other vices, and could expect little mercy." 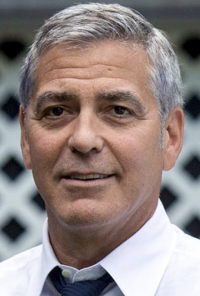 On this date in 1961, Oscar-winning actor George Clooney was born in Lexington, Ky. Clooney, whose aunt was the famous singer Rosemary Clooney, attended Northern Kentucky University. Clooney's acting career began on television in the early 1980s, where he played in such shows as "Roseanne." He was a regular on "ER" from 1994-99. Clooney has made numerous movies, including a comic turn as a skeptical, Depression-era Ulysses in "O Brother, Where Art Thou" (2000).

Clooney won the 2006 Academy Award for Best Supporting Actor for his role in "Syriana" (2005), received a 2012 Oscar for co-producing "Argo" and was the recipient of the AFI Lifetime Achievement Award in 2018. His Oscar nominations include Best Actor for "Up in the Air" (2009), Best Actor for "Michael Clayton" (2007), and both Best Director and Best Original Screenplay for "Good Night, and Good Luck." He won Golden Globes for "Syriana," "O Brother, Where Art Thou?" and "The Descendants" (2011).

His charitable work includes service as a "United Nations Messenger of Peace" since 2008, his advocacy regarding the Darfur conflict and his organization of the "Hope for Haiti" telethon to raise money for the victims of the 2010 earthquake.

“I don't believe in heaven and hell. I don't know if I believe in God. All I know is that as an individual, I won't allow this life — the only thing I know to exist — to be wasted.” 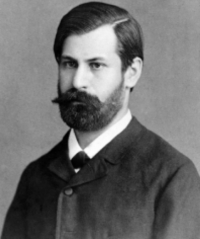 On this date in 1856, Sigmund Freud was born in Moravia. He grew up in Vienna, where he lived until fleeing the Nazis in 1938. He earned a medical degree from the University of Vienna in 1881. He and Joseph Breuer co-wrote Studies in Hysteria (1895). Freud developed his theory on psychoanalysis, then wrote The Interpretation of Dreams (1900), The Psychopathology of Everyday Life (1904), Jokes and Their Relation to the Unconscious (1905), Three Essays on Sexual Theory (1905), Beyond the Pleasure Principle (1920) and The Ego and the Id (1923).

The Future of an Illusion (1927) is his masterpiece critique of religion, postulating that God is a projection of childish father-figure preoccupations, that prayer and religious ritual are obsessive-compulsive and that religion is a "universal neurosis."

Freud followed that with Moses and Monotheism (1938), in which he wrote: "[Religion's] doctrines carry with them the stamp of the times in which they originated, the ignorant childhood days of the human race. Its consolations deserve no trust." Civilization and its Discontents (1929) also addressed Freud's views on religion. In The Future of an Illusion he wrote that "in the long run, nothing can withstand reason and experience, and the contradiction which religion offers to both is all too palpable."

In 1933 he collaborated with Albert Einstein on Why War?, a compilation of their memorable correspondence. Dying of mouth cancer after more than 30 operations, Freud ended his suffering with physician-prescribed morphine. (D. 1939)

“Religion is comparable to a childhood neurosis.”