FFRF Staff and Board

Home › About › Staff / Board › Dan Barker
Staff and Board

Dan became a teenage evangelist at age 15. At 16 he was choir librarian for faith-healer Kathryn Kuhlman’s Los Angeles appearances. He received a degree in Religion from Azusa Pacific University and was ordained to the ministry by the Standard Community Church, California, in 1975. (See ordination.) He served as associate pastor in three California churches: Arcadia Friend’s Church (Quaker), Glengrove Assembly of God (Hacienda Heights), and Standard Christian Center, an independent Charismatic church loosely affiliated with the Christian Church (Disciples of Christ tradition) in Standard, California. Dan was a Protestant missionary in Mexico for a total of two years.

For more than two decades, Dan was accompanist, arranger, and record producer for Manuel Bonilla, the leading Christian singer in the Spanish-speaking world. He accompanied on the piano such Christian personalities as Pat Boone, Jimmy Roberts (of the Lawrence Welk Show), and gospel songwriter Audrey Meier, and was a regular guest on Southern California’s “Praise The Lord” TV show (Spanish). One of Dan’s Christian songs, “There Is One,” was performed by Rev. Robert Schuller’s television choir on the “Hour of Power” broadcast. To this day, he receives royalties from his popular children’s Christian musicals, “Mary Had a Little Lamb” (1977), and “His Fleece Was White As Snow” (1978), both published by Manna Music and performed in many countries.

Following five years of reading, Dan gradually outgrew his religious beliefs. “If I had limited myself to Christian authors, I’d still be a Christian today,” Dan says. “I just lost faith in faith.” He announced his atheism publicly in January, 1984. He tells his story in the books Losing Faith in Faith (1992) and Godless (2008).

Dan was PR Director of the Freedom From Religion Foundation from 1987 to 2004. He was elected co-president of the Foundation with Annie Laurie Gaylor in 2004, with whom he is co-host of Freethought Radio, a national weekly talkshow, and Freethought Matters, a national weekly TV show. He is a contributing editor of Freethought Today and is involved with the Foundation’s state/church lawsuits. He regularly travels the country and the world giving lectures, performing concerts, and participating in debates with theists, many at college and university campuses. 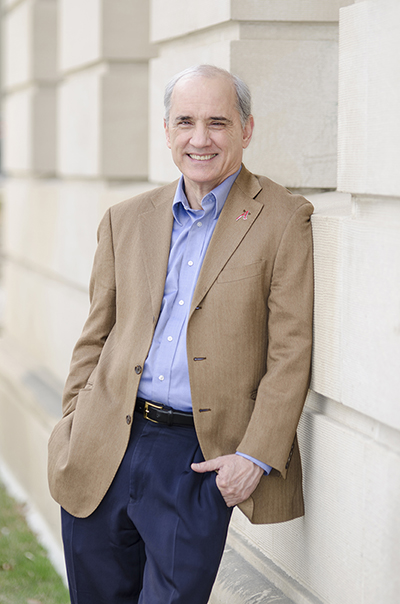 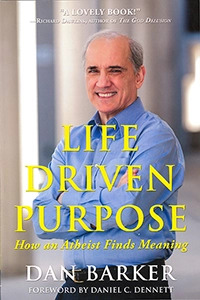 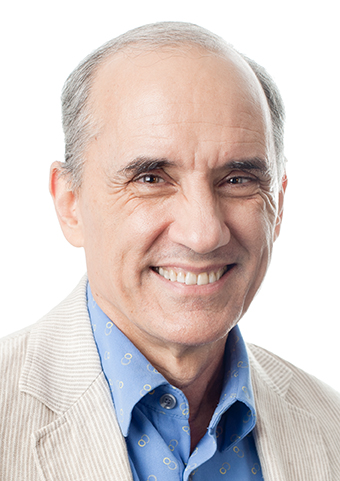 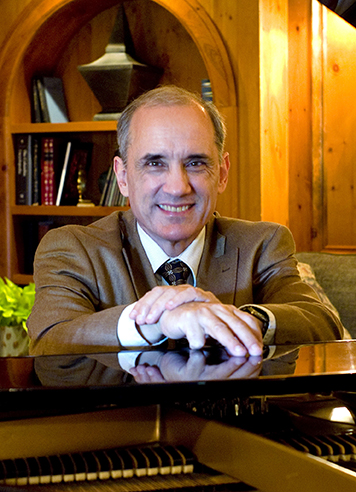 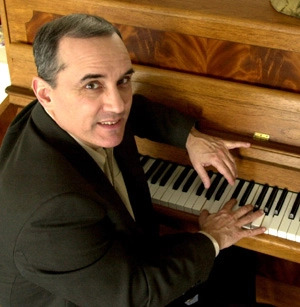 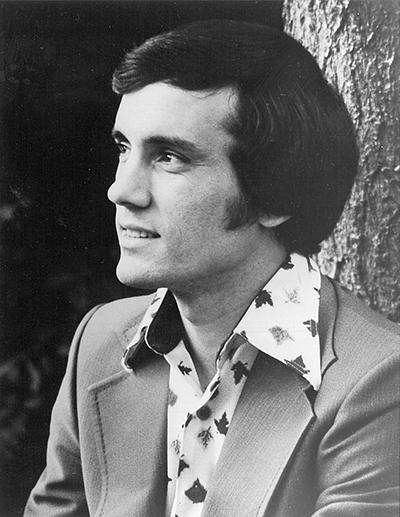 Losing Faith In Faith: From Preacher To Atheist (FFRF, Inc., 1992)
Dan's autobiographical story of deconversion, and a critical analysis of Christianity and the bible.

Godless: How An Evangelical Preacher Became One of America's Leading Atheists Foreword by Richard Dawkins (Ulysses Press, 2008)
A lot has happened in the 16 years since Losing Faith in Faith. Updating Dan's earlier book, Godless tells of lessons learned on the debate circuit, taking a lawsuit to the Supreme Court, and more bible criticism and debunking of theistic arguments.

Life Driven Purpose: How an Atheist Finds Meaning, Foreword by Daniel C. Dennett (Pitchstone Press, 2015)
Is life meaningless without God? Dan shows it is the other way around. True meaning and purpose come from within, not from "out there."

GOD: The Most Unpleasant Character in All Fiction, Foreword by Richard Dawkins (Sterling Publishing, February 2016)
Documents Richard Dawkins's famous sentence from The God Delusion: "The God of the Old Testament is arguably the most unpleasant character in all fiction: jealous and proud of it; a petty, unjust, unforgiving control-freak; a vindictive, bloodthirsty ethnic cleanser; a misogynistic, homophobic, racist, infanticidal, genocidal, filicidal, pestilential, megalomaniacal, sadomasochistic, capriciously malevolent bully."

Free Will Explained: How Science and Philosophy Converge to Create a Beautiful Illusion, Foreword by Michael Shermer(Sterling Publishing, 2018)
Free will is not a scientific truth; it is a social truth.

Mere Morality (Pitchstone Publishing, 2018)
How to be good without God.

The Good Atheist: Living A Purpose-Filled Life Without God Foreword by Julia Sweeney, (Ulysses Press, 2011)
Answers Rick Warren's claim that without God, life is purposeless. Includes brief profiles of more than 300 atheists and agnostics who have lived lives of immense purpose.

Dan also has written a variety of educational booklets, brochures and "nontracts" for the Foundation.

"Did Jesus Really Rise From The Dead?", in Abuse Your Illusions: The Disinformation Guide to Media Mirages and Establishment Lies, edited by Russ Kick, The Disnformation Company, 2003.

Foreword to God and the Folly of Faith: The Incompatibility of Science and Religion, by Victor Stenger, Prometheus Books, 2012.

Foreword to Perfidious Proverbs and Other Poems: A Satirical Look At The Bible, by Philip Appleman, Prometheus Books, 2011.

Foreword to 30 Arguments Against the Existence of "God," Divine Design, Heaven, Hell, and Satan, by Jonathan Pearce. Onus Books, 2022.

Foreword to The Not So Good Book: What Does the "Holy Bible" Really Teach?, by Brian Bolton, FFRF, Inc., 2021.

Foreword to The Rise and Fall of Faith: A God-to-Godless Story for Christians and Atheists, by Drew Bekius, Pitchstone Publishing, 2017.

Foreword to To the Cross and Back: An Immigrant's Journey from Faith to Reason, by Fernando Alcántar, Pitchstone Publishing, 2015.

Foreword (with Annie Laurie Gaylor) to Freedom From Religion in 30 Days, by Donald Ardell, 2022.

Preface to The Founding Myth: Why Christian Nationalism is Un-American, by Andrew Seidel, Sterling Publishing, 2019.

Dan has been a guest on many regional TV talkshows and hundreds of radio interviews. He talks on many college campuses each year, as the most requested speaker of the Secular Student Alliance (SSA) speaker's bureau, in campus tours co-organized by FFRF and SSA. He regularly speaks and performs freethought concerts around the country at Unitarian-Universalist congregations, Ethical Culture, universities (including Harvard and Oxford), and humanist conventions.

Since February 1985, Dan Barker has participated in more than 130 formal public debates in colleges and churches around the world on such topics as:

In 2001, the Foundation produced Friendly Neighborhood Atheist, a 2-CD musical album with 34 of Dan's freethought songs covering the years 1985-2000. In 2004, the Freedom From Religion Foundation produced Beware of Dogma, a musical CD with 16 freethought songs. Adrift on a Star was released in January 2013, with 14 new songs (plus 3 bonus tracks), including "Poor Little Me," which was co-written by Dan and Broadway composer Charles Strouse (Annie, Bye Bye Birdie).

"Adrift On A Star" (lyrics by Yip Harburg)

"Get Off Your Knees (And Get To Work)"

"In A Dark Time" (poem by Philip Appleman)

"Just Say NO To Religion"

"Let's All Give Thanks (Where Thanks is Due)"

"No Gods, No Masters" (tribute to Margaret Sanger)

"No Hurry To Die"

"None of the Above"

"Somewhere Over The Paper Moon" (lyrics by Yip Harburg)

"The Most Unpleasant Character in All Fiction"

"The Time To Be Happy Is Now" (based on Robert G. Ingersoll)

"The World Is My Country" (based on Thomas Paine)

"Why BSA?" (co-written with Steve Benson)

"You Can't Win With Original Sin"

Dan composed and produced "The Stay-Away Pope Polka," which was played by radio stations and sung by protest groups across the country when the pope visited America in 1987 and 1993. His 2007 song "It's Only Natural" won a spot on the Madison-Made Project for the Homeless compilation CD.

Dan was born in 1949, raised in southern California, and has lived in Madison, Wisconsin since 1985. He has composed more than 200 songs that have been published and/or recorded, working extensively with children's author Joy Berry on children's educational materials. He also contributed word puzzles for Joy's project with Amnesty International and regularly volunteers with the American Red Cross. Dan composed and performed some of the music in Julia Sweeney's play and movie Letting Go of God. In the 1980s he worked as a computer programmer, designing and installing software for railroad dispatchers, and currently helps maintain the Foundation's computer systems and database. Dan plays professional solo piano at clubs and hotels, and in jazz combos and big bands at weddings, receptions and parties. His newest jazz CD is "Night At Nakoma," released in 2008.

Dan speaks fluent Spanish and is studying other languages. He belongs to a number of High-IQ societies, including The Prometheus Society, with an entrance requirement at the 99.997th percentile, and is the creator of Star Anagrams. He is a member of the Lenni Lenape (Delaware Indian) Tribe of Native Americans, and in 1991 edited and published Paradise Remembered, a collection of his Grandfather's stories as a Lenape boy in Indian Territory.

Dan married Annie Laurie Gaylor in 1987 at a feminist/freethought ceremony at Freethought Hall in Sauk City, Wisconsin. He has five children, nine grandchildren, and three great-grandchildren.