Born Again Skeptics Guide To the Bible Rhymes for the Irreverent
Back to: Books 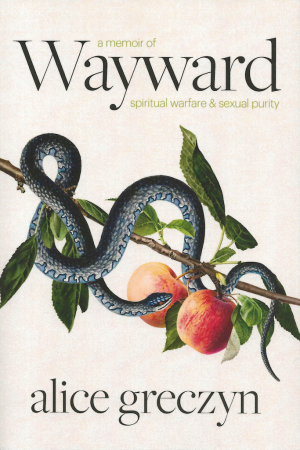 A Memoir of Spiritual Warfare and Sexual Purity

When Alice Greczyn’s parents felt called by God to exchange worldly employment for heavenly provision, they followed their faith into homelessness with five children and a cat in tow. Homeschooled and avowed never to kiss a man until her wedding day, Alice had plans to escape the instability by becoming a missionary nurse—plans that were put on hold with the opening of an unexpected door: the opportunity to be an actress in Hollywood. What followed was a test of faith unlike any she had prepared for, an arranged betrothal she never saw coming, and a psychological shattering that forced her to learn how to survive without the only framework for life she had ever known.

This unique coming-of-age story takes place within a Christian subculture that teaches children to be martyrs and women to be silent. Revelatory, vulnerable, and offering catharsis for your own journey through faith and doubt, Wayward is a deeply intelligent memoir of soul-searching—and finding the courage to live in your own truth.