Richard Dawkins is a world renowned evolutionary biologist and freethought champion. He began his career as a professor of zoology at the University of California at Berkeley and then became a fellow of New College. Dawkin's first book, The Selfish Gene (1976) became an international bestseller. It and the award-winning Blind Watchmaker were translated into all major languages. His other books include The Extended Phenotype (1982), River Out of Eden (1995), Climbing Mount Improbable (1996), Unweaving the Rainbow (1998) and A Devil's Chaplain (2003). His 2006 iconoclastic book, The God Delusion, which he wrote with the public hope of turning believing readers into atheists, became a bestseller in both the UK and the U.S. Dawkins has held the Charles Simonyi Chair of Public Understanding of Science since 1995, and was elected a Fellow of the Royal Society of Literature in 1997. He has advanced the concept of cultural inheritance or "memes," also described as "viruses of the mind," a category into which he places religious belief. Dawkins, a vice president of the British Humanist Association, was named Humanist of the Year in 1999. He is the 1997 winner of the International Cosmos Prize, and received an Emperor Has No Clothes Award from the Freedom From Religion Foundation in 2001. 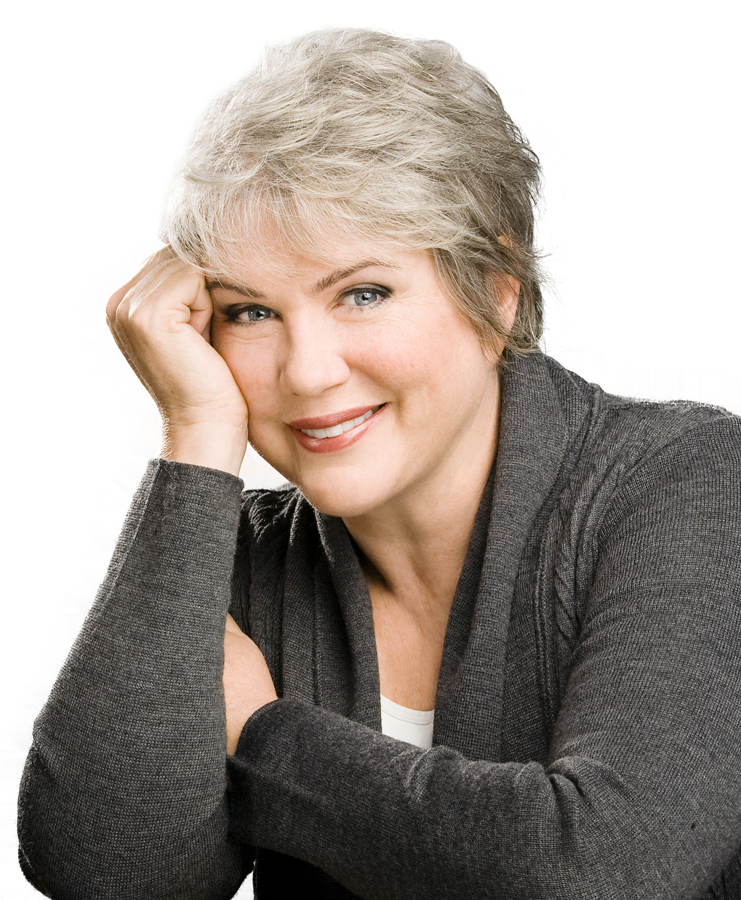 Julia Sweeney, comedian and author of the hilarious but profound play, "Letting Go of God," about her journey from Roman Catholic schoolgirl to atheist. Julia was on "Saturday Night Live" for four hit seasons in the early 1990's, and is known for introducing the character, "Androgynous Pat." Her other movies include "It's Pat," the Grammy-nominated "God Said, Ha!" (a filmed version of her one-woman show), appearances in many TV and movie comedies and "Pulp Fiction." Julia has recently recorded a series of TV, web and radio ads for FFRF countering the Catholic Bishops' war against contraception. 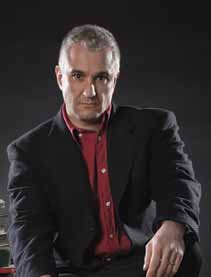 Dr. Peter Boghossian is an instructor of philosophy at Portland State University. His main focus is bringing the tools of professional philosophers to people in a wide variety of contexts. Peter has a teaching pedigree spanning more than 20 years and 30 thousand students — in prisons, hospitals, public and private schools, seminaries, colleges and universities, Fortune 100 companies, and small businesses. His fundamental objective is to teach people how to think through what often seem to be intractable problems. Peter’s publications can be found in Diálogos, The Philosopher’s Magazine, Skeptical Inquirer, Education Policy Analysis Archives, The Clearing House: Educational Research Controversy and Practices, The Radical Academy, Offender Programs Report, Teaching Philosophy, Corrections Today, Informal Logic, The Skeptic, Journal of Philosophy of Education, Educational Philosophy and Theory, Inside Higher Ed, Essays in Philosophy, Federal Probation Journal, and the Journal of Correctional Education. 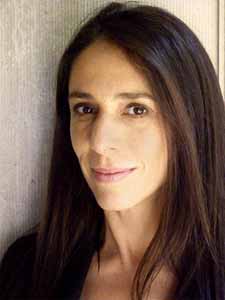 Katherine Stewart is an investigative journalist and author. Her most recent book, The Good News Club: The Christian Right’s Stealth Assault on America’s Children, provides "a chilling exposé of the well-funded, highly coordinated effort by Christian Nationalists to use public schools to advance a fundamentalist agenda." Stewart began her career in journalism, working for The Village Voice, Newsweek International, Rolling Stone, Marie Claire and others. She co-wrote the book about the musical "Rent" and has published two novels about 21st century parenting. Most recently she has written for The New York Times, The Guardian, the Daily Beast, Bloomberg View, and Religion Dispatches. 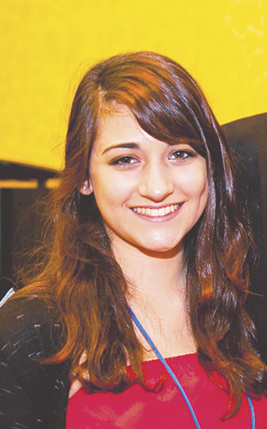 Jessica Ahlquist was a plaintiff in a successful ACLU federal lawsuit challenging a prayer banner at her high school in Cranston, R.I. During the months before and after the victory, Jessica was targeted by many in her state and community including by her state representative, who publicly labeled her "an evil little thing." Jessica stood tall in the face of adversity and became the first recipient of FFRF's Atheists in Foxholes Support Fund, a $10,000 award. She also received two Thomas Jefferson Student Activist Awards, a $2,000 award in 2012 and a $1,000 award in 2011. She gave a compelling speech at last fall's annual conference in Hartford, recounting her commitment to the Constitution as well the school and community's shockingly hostile responses to the lawsuit. Jessica will be a senior at Cranston West High School this fall. 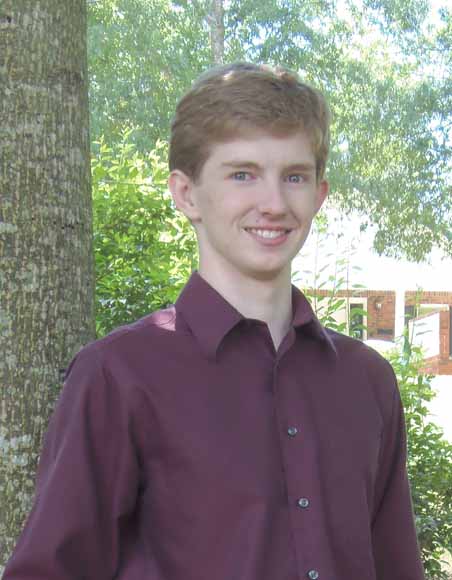 Max Nielson is a student plaintiff in FFRF's ongoing South Carolina lawsuit against School District Five of Lexington and Richland Counties over a district policy that sanctions graduation prayer. Max graduated from Irmo High School this spring. Max observed during the school year that a student vote on whether to have 2012 graduation prayer was organized by teachers and other staff. He met with school officials to express constitutional concerns. FFRF formally objected in a letter of complaint. The District refused to remove the scheduled prayer and FFRF filed suit. Max has received a $1,000 Catherine Fahringer Memorial Student Activist Award from FFRF and will attend the College of Charleston in the fall. 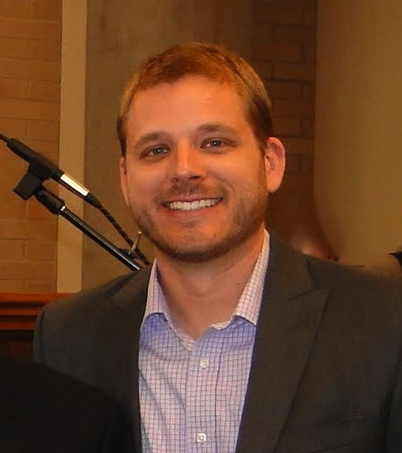 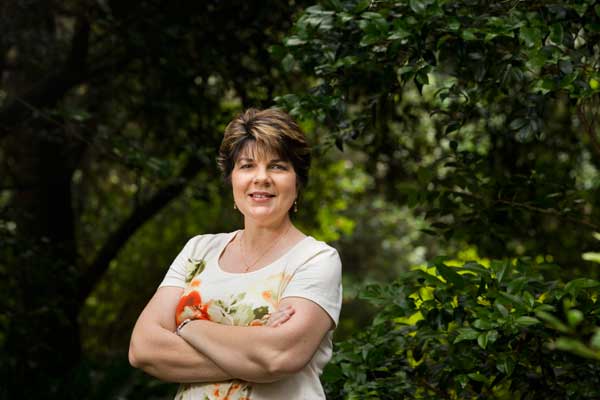 Teresa MacBain became a non-believer after more than 20 years of ministry throughout the deep south. Her ministry experience begin at the early in life, serving along side her father who was a Baptist minister. She taught in Christian Schools for many years, served as a worship pastor, associate pastor and ultimately senior pastor. Teresa received her B.S. in Christian Education at Samford University and her M.Div at Duke Divinity School. Teresa also holds the distinction of being the first female graduate of The Clergy Project, a private, invitation-only “safe house” community of current and former ministers who no longer hold the supernatural beliefs of their religious traditions. The Clergy Project was started by Dan Barker, Richard Dawkins, Daniel Dennett and Linda LaScola. As a former minister, Teresa's years of experience as a pastor along with a deep understanding of biblical concepts are of great benefit as she works within the freethought movement. She's a passionate public speaker whose love for people and for the truth shines through as she shares her own journey from faith to freedom. Teresa is currently serving as the acting Executive Director for the Clergy Project. 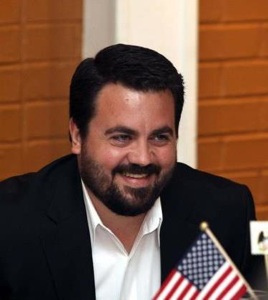 Jerry DeWitt realized he was an atheist after more than 25 years of Pentecostal ministry in his home state of Louisiana. His ministry experience begin at the early age of 17 and included evangelizing across the U.S. and being the assistant pastor of two United Pentecostal churches and one Apostolic church. During his dilemma with doubt Jerry ultimately held the senior pastorate of two very unique congregations, one charismatic dominionist and the other non-denominational fundamentalist. He also holds the distinction of being the first graduate of The Clergy Project. Even though Jerry has only been in the Freethought movement for a short time, he’s already been honored with a seat on the board of directors for Atheist Nexus and was featured in The New York Times Magazine article "From Bible-Belt Pastor to Atheist Leader." Most recently, Jerry was appointed Executive Director of Recovering from Religion. The RR mission is to coordinate and facilitate face-to-face meeting for those who desire support in leaving their religion. RR also facilitates online forums and resources in cooperation with other secular organizations and groups. It tries to connect those in need with secular therapists in their local community. Former minister Jerry DeWitt brings a broad understanding of the religious lifestyle and its effects on personal wellbeing to the non-theist movement. He’s a dynamic and entertaining public speaker with a heartfelt compassion for those struggling to completely free themselves from their religion. 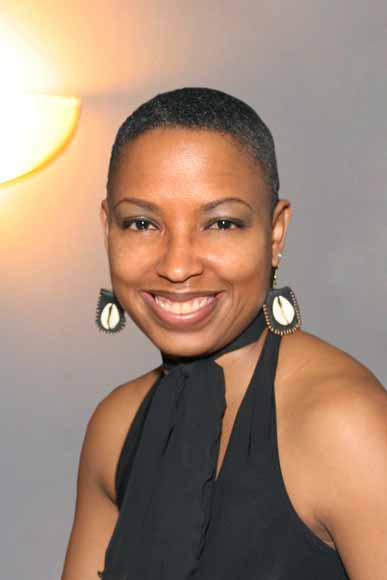 annalise fonza is a former United Methodist clergywoman. She was ordained in 1998 in the United Methodist Church, Illinois Great Rivers Annual Conference. fonza's journey to local church ministry started in 1992 when she was in law school in Houston, Texas. After her ordination, she served under Episcopal appointment in four charges, to pastor six churches in all; and, in 2003, after a two-year leave of absence and her final pastoral appointment in Massachusetts, she voluntarily returned her credential and walked away from it all. She says it was one of the best decisions of her life. fonza is driven to live an honest life, which she came to believe was not possible in Christian ministry. She joined the Clergy Project in July 2012. 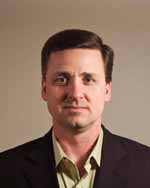 Robert Parham is a former Southern Baptist minister who served various churches in Alabama and Tennessee on both a part-time and a full-time basis, from 1985 until 1998. Having earned his Bachelor's of Music in Church Music from Samford University (a Southen Baptist university), it was while serving full-time as Minister of Music and Youth, that he decided to forego seminary and attend the University of Alabama at Birmingham where he earned his first Master's Degree in Agency Counseling.  It was during graduate school that Robert first challenged his conservative Christian beliefs and began the emotionally difficult and gradual process of giving up belief in the god of the bible and the supernatural. Having a second Master's Degree in Clinical Psychology, Robert is president of Parham & Associates, P.C., a private practice where he works as a Licensed Mental Health Counselor and Certified Sex Offender Treatment Provider in Tacoma, Wash. Robert is one of the original members of, a screener for, and on the board of directors of The Clergy Project.  He was recently appointed the acting treasurer of The Clergy Project. The Clergy Project is a confidential online community for active and former clergy who do not hold supernatural beliefs.