‘Not everyone in Kentucky is religious,’ says Atheist couple on billboard, July 4 ads in Frankfort 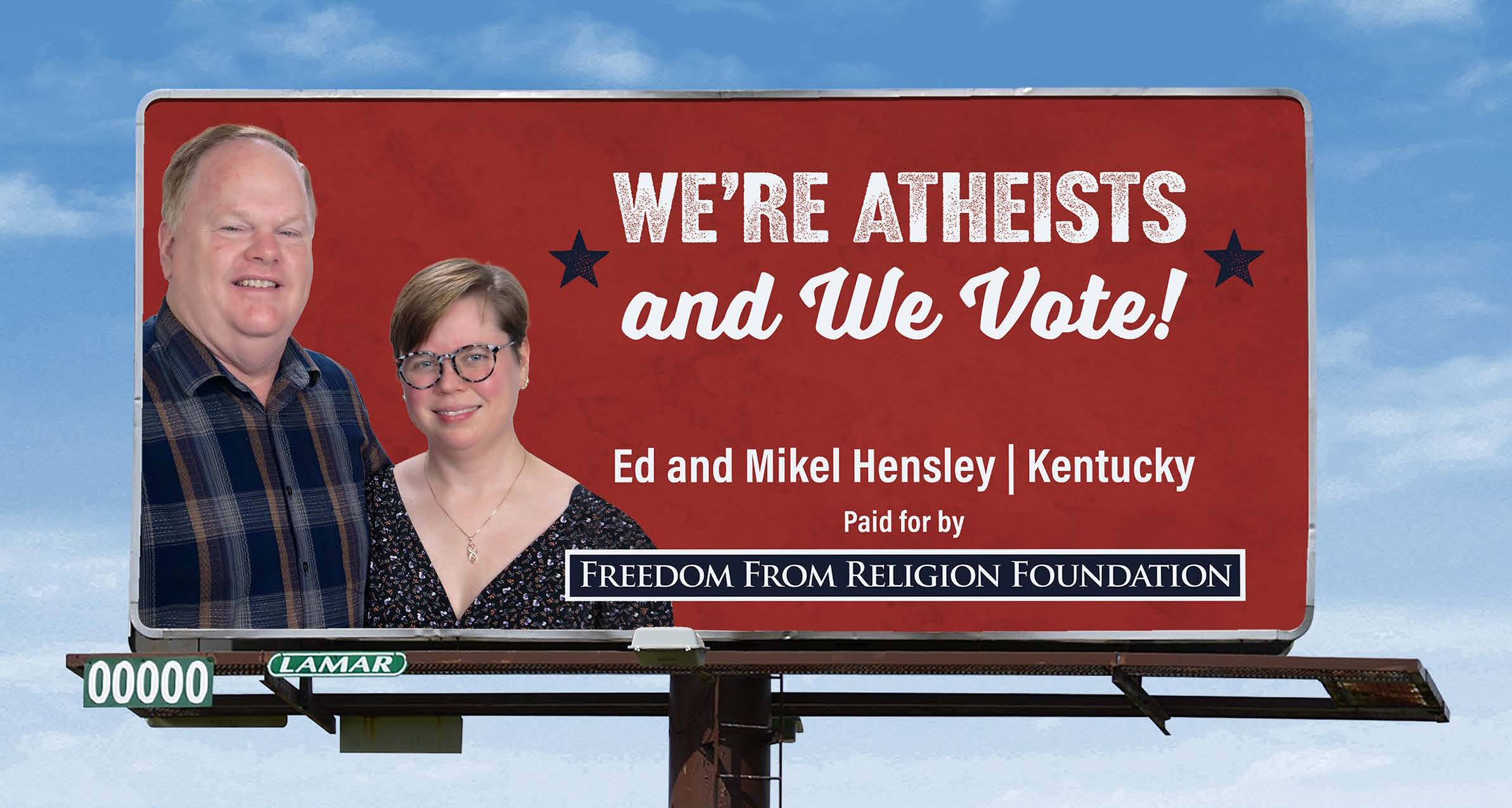 A billboard featuring a Kentucky couple proudly proclaiming “We’re Atheists and We Vote” has gone up at East 7th Street near the state Capitol building as part of a national multimedia secular voter campaign launched by the Freedom From Religion Foundation in this critical election year.

The couple, Ed and Mikel Hensley, are activists with the FFRF Kentucky Chapter. They will also be featured in full-page ads, in which they’re pictured in front of the state Capitol, running on Sunday, July 3, in both the Frankfort State Journal and Lexington Herald-Leader.

In the newspaper ads, Ed is identified as a “a husband, father, grandfather, retired software engineer, Kentuckian . . . and Atheist.” Mikel is identified as a “wife, mother, electrical technician, lifelong Kentuckian . . . and an Atheist.” They note: “The ‘Nones’ (those of us unaffiliated with religion) are now 29 percent of the U.S. population. We are the largest ‘denomination’ by religious identification!”

Ed was raised a fundamentalist Southern Baptist in rural Texas. “I became an atheist after reading the bible twice and studying about early Christianity and the history of the New Testament,” he says. He is a retired software engineer for UPS. Mikel was homeschooled and raised an evangelical Christian. She explains, “In my college years, my knowledge of the world expanded beyond the evangelical bubble, and by the end of my undergraduate studies, I was an atheist. I want to represent Kentucky in this campaign because I want it known that not everyone here is religious, and I want to kick back against the Christian nationalists in control of our legislature.”

The Freedom From Religion Foundation serves as the nation’s largest association of freethinkers (atheists and agnostics), with more than 36,000 members, including almost 300 in Kentucky, and works as a state/church watchdog to safeguard the constitutional principle of separation between state and church. To learn more, visit: ffrf.org.