‘Not everyone in Tennessee is religious,’ says Humanist couple on billboard, July 4 Nashville ads 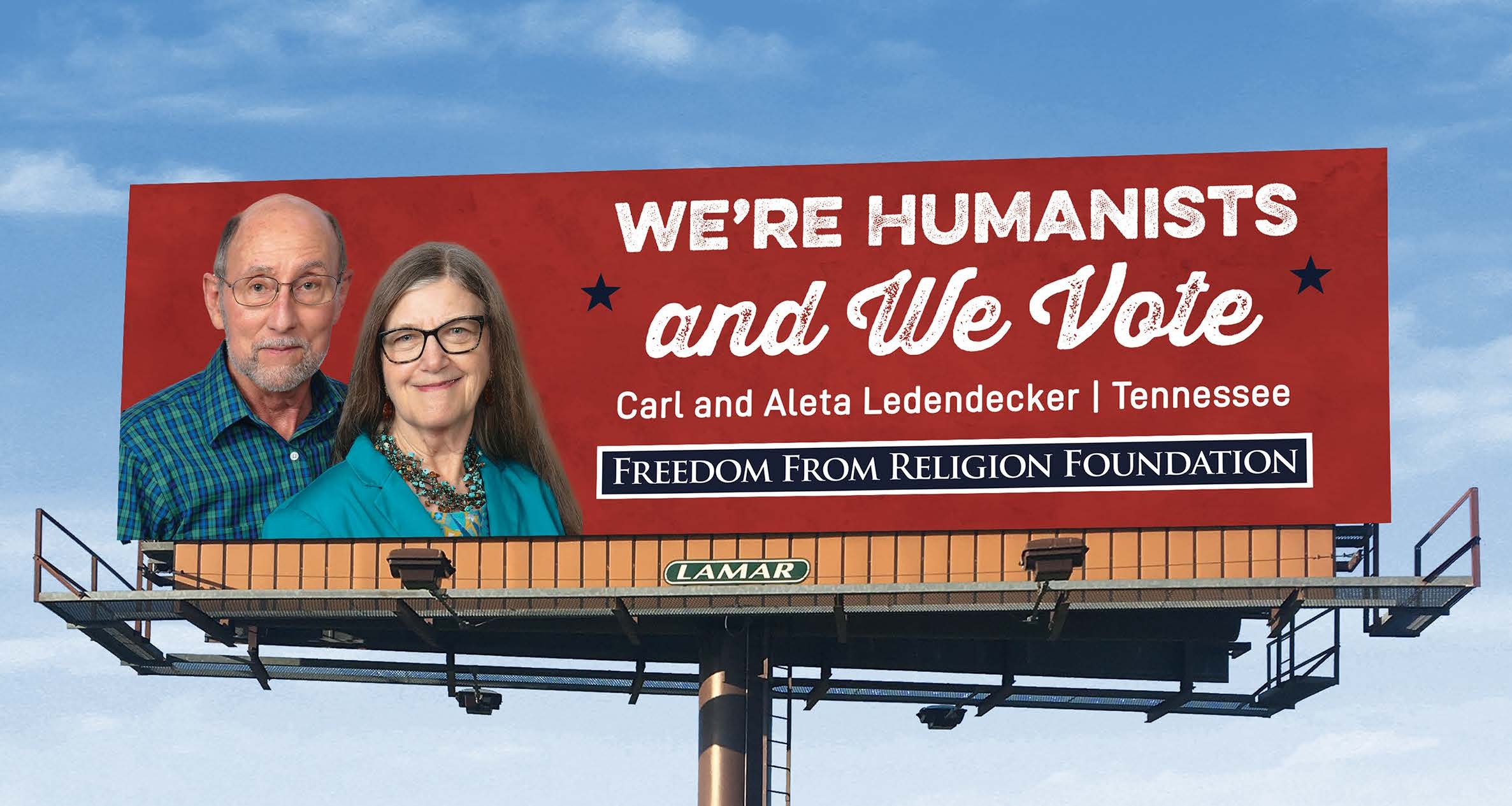 A billboard featuring a Tennessee couple proudly proclaiming “We’re Humanists and We Vote” has gone up at Charlotte Avenue near 11th Avenue, Nashville, as part of a national multimedia secular voter campaign launched by the Freedom From Religion Foundation in this critical election year. 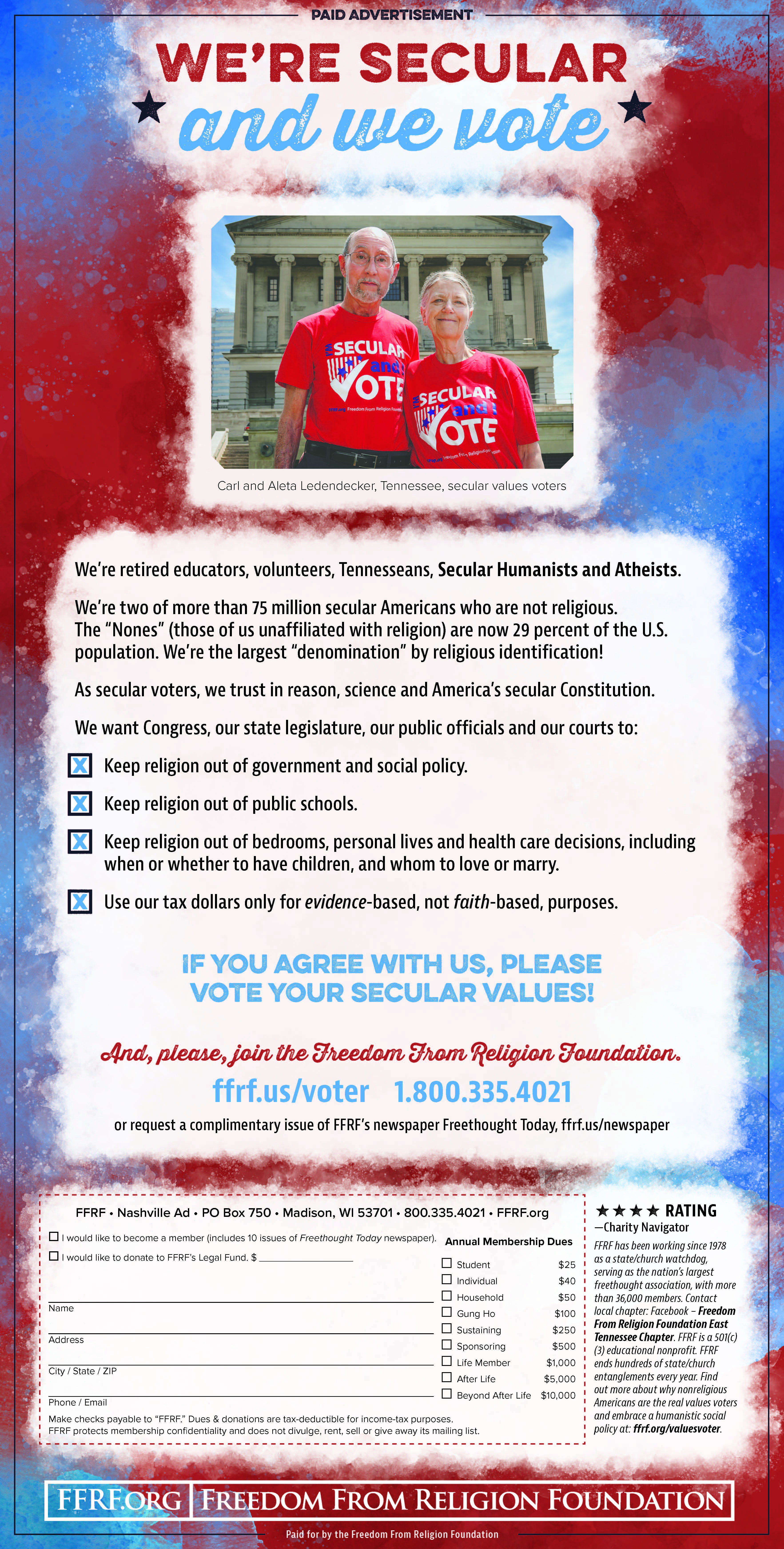 The couple, Aleta and Carl Ledendecker, are activists with the FFRF East Tennessee chapter. They will also be featured in a full-page ad in which they’re pictured wearing matching “I’m Secular and I Vote” T-shirts in front of the state Capitol, which will run on Sunday, July 3, in the Tennesseean.

Not everyone in Tennessee is religious, as the couple, retired educators and volunteers, prove. “Once I retired I could come out of the closet as an atheist,” notes Aleta. “ Now, I use my voice to advocate for those who cannot take that risk due to discrimination against nontheists in the bible belt.”

In the newspaper ads, they note: “The ‘Nones’ (those of us unaffiliated with religion) are now 29 percent of the U.S. population. We are the largest ‘denomination’ by religious identification!”

Saying they “trust in reason, science and America’s secular Constitution,” the couple lists a compelling number of secular voter demands: To keep religion out of government and social policy, out of public schools, and out of bedrooms, personal lives and health care decisions — including when or whether to have children, and whom to love or marry. “Use my tax dollars only for evidence-based, not faith-based, purposes,” they emphasize.

The Freedom From Religion Foundation serves as the nation’s largest association of freethinkers (atheists and agnostics), with more than 36,000 members, including almost 500 in Tennessee, and works as a state/church watchdog to safeguard the constitutional principle of separation between state and church. To learn more, visit: ffrf.org. 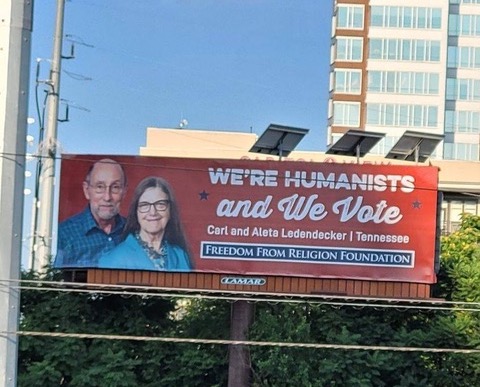