A billboard featuring a Saint Paul couple proudly proclaiming “We’re Atheists and We Vote” has gone up at East 7th Street near the state Capitol building as part of a national multimedia secular voter campaign launched by the Freedom From Religion Foundation in this critical election year. 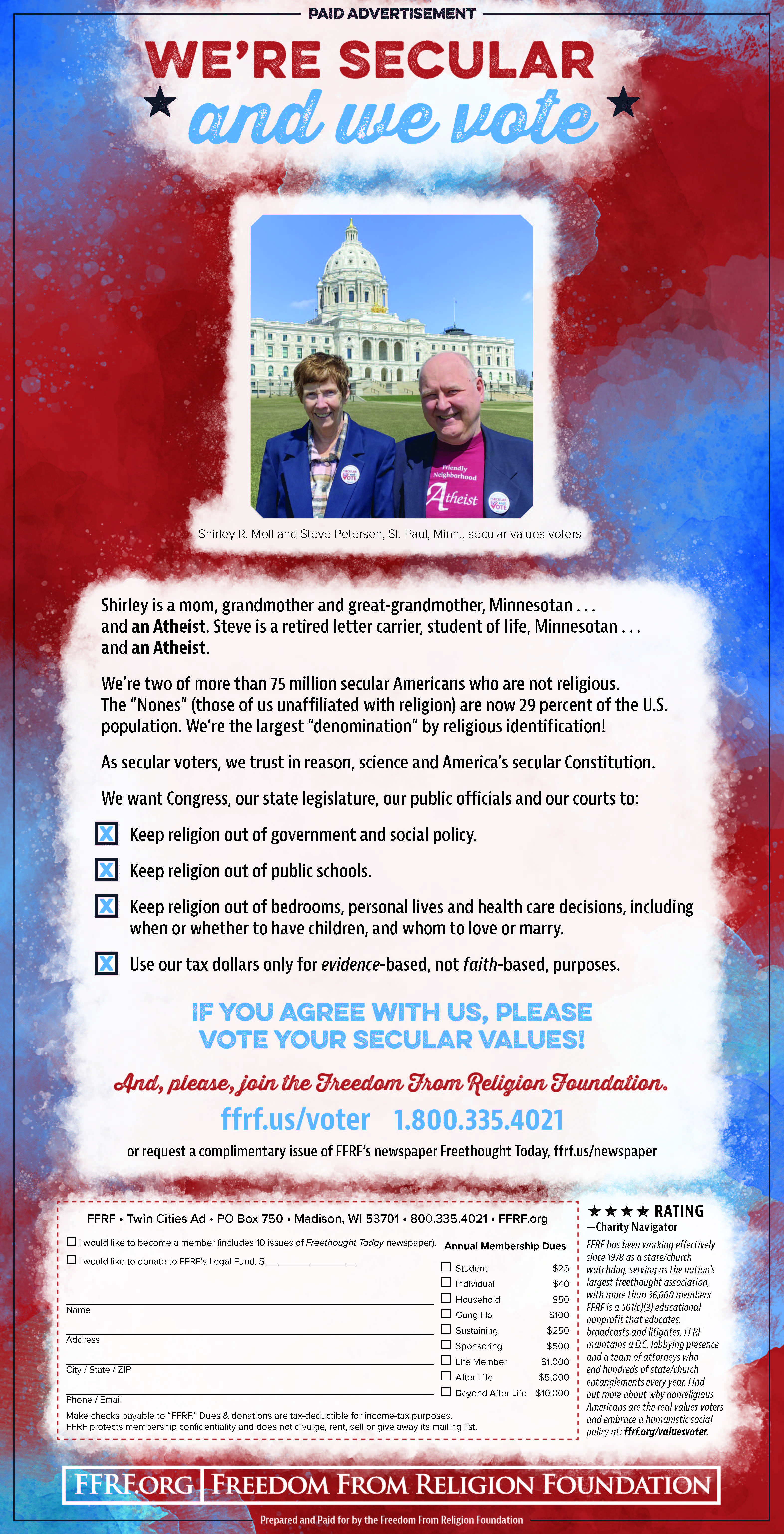 The couple, Steve Petersen and Shirley R. Moll, are longtime freethought activists who will also be featured in a full-page ad, in which they’re pictured in front of the state Capitol, running on Sunday, July 3 in the Minneapolis Star Tribune.

In the newspaper ad, Moll is identified as a “mom, grandmother and great-grandmother, Minnesotan and . . . Atheist.” Petersen is identified as “a retired letter carrier, student of life, Minnesotan and . . . Atheist.” They note: “The ‘Nones’ (those of us unaffiliated with religion) are now 29 percent of the U.S. population. We are the largest ‘denomination’ by religious identification!”

The 2020 Census on Religion by PRRI reveals exactly 30 percent identify as religiously unaffiliated in Hennepin County.

Co-President Annie Laurie Gaylor explains, “FFRF is putting public candidates and officials on notice that the nonreligious now represent nearly a third of all adult Americans. We are the true ‘values voters’ and it’s critical that our secular viewpoint be heard and represented.”

The Freedom From Religion Foundation serves as the largest association of freethinkers in North America, with more than 36,000 members including about 800 in Minnesota, and works as a state/church watchdog to safeguard the constitutional principle of separation between state and church. To learn more, visit: ffrf.org. 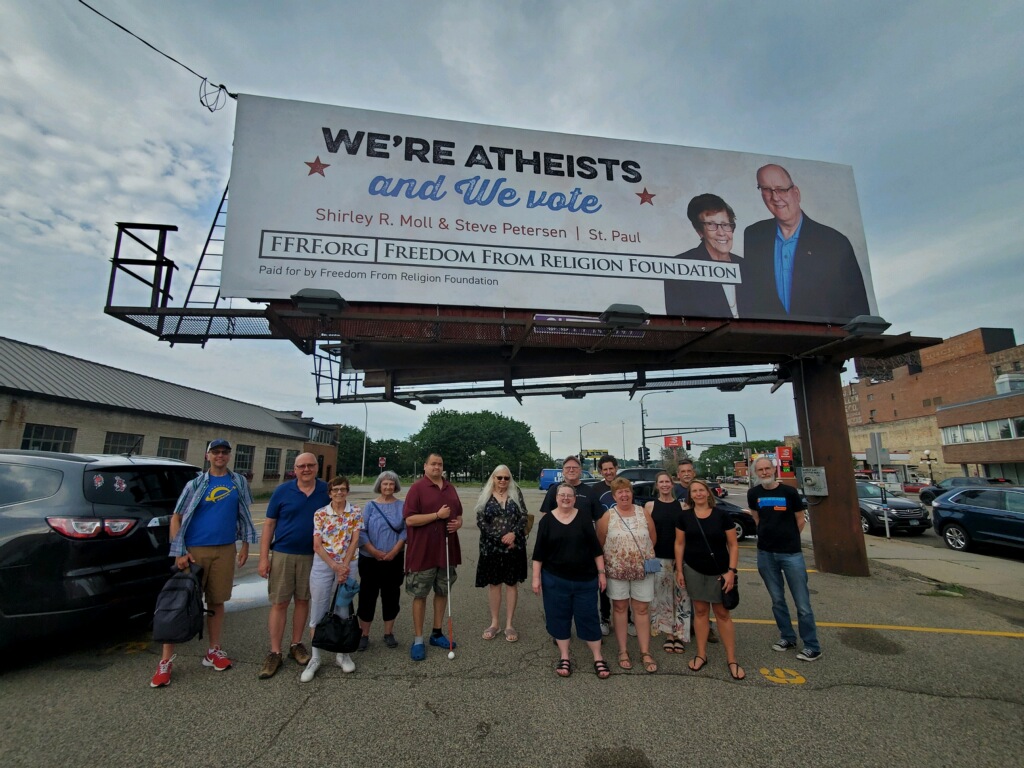