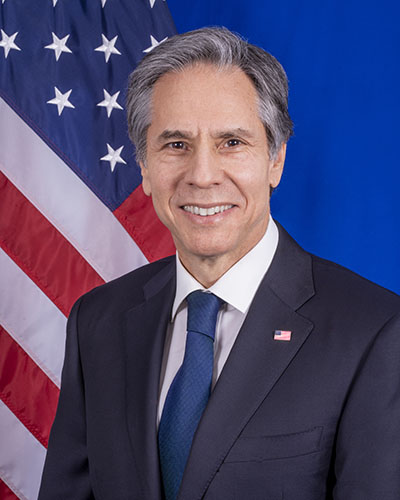 The Freedom From Religion Foundation is relieved that the State Department recognizes the plight of atheists and other freethinkers around the world in its annual report on international religious freedom.

In the report’s recent publication, Secretary of State Antony Blinken remarked that while progress has been made in some countries, others continue to have serious problems, specifically including “blasphemy and apostasy laws, which banned defamation and renunciation of religion, to police the language of religious minorities.” He noted that in Pakistan, “At least 16 individuals accused of blasphemy were sentenced to death by Pakistani courts in 2021, though none of these sentences has yet to be carried out.”

Rashad Hussain, Ambassador-at-Large for International Religious Freedom, added that from religious minorities in various countries to “atheists and humanists around the world, no community has been immune from [government] abuses.” FFRF appreciates that Hussain has explicitly highlighted the persecution of nonreligious people around the world who must live under religious regimes.

Hussain went on to thank “civil society groups” for their contribution to the report: “Their advocacy changes laws, it lifts up the names of prisoners, provides lawyers to fight against spurious charges, and pushes governments including our own to do the right thing.” This is greatly encouraging for FFRF, which has worked tirelessly to push the State Department to do everything it can to help freethinkers around the globe. Hussain noted in particular how such groups have helped in opposing the “criminalization of blasphemy.”

One disappointing note about the new report is that Nigeria, which has failed to free atheist Mubarak Bala from his unjust prison sentence for alleged blasphemy, is still not listed as a “Country of Particular Concern” regarding religious freedom. Nigeria received this designation in 2020, and the label of a Special Watch List nation in 2019, but the report cryptically states that Nigeria no longer qualifies for these designations for “engaging in or tolerating severe violations of religious freedom” even after seemingly documenting exactly that.

FFRF is heartened by the State Department’s efforts to promote religious liberty around the world, including the fundamental right to be free from government-imposed religion