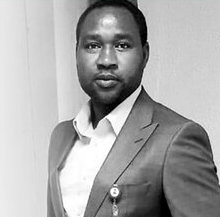 The recent announcement of a prolonged prison term for a Nigerian freethinker, for the alleged crime of “blasphemy,” is appalling, asserts the Freedom From Religion Foundation.

Mubarak Bala, an atheist, was the head of the Humanist Association of Nigeria before his arrest. Three days after criticizing the Prophet Muhammad on Facebook on April 25, 2020, Bala was detained. Bala’s first child was born just six weeks before his arrest, and now Bala has been sentenced to 24 years in prison. Bala was slapped with “10 counts of causing a public disturbance in connection to Facebook posts he is alleged to have made throughout April 2020, which are deemed to have caused a public disturbance due to their ‘blasphemous’ content.”

Blasphemy punishments are a worrisome global problem. Nearly 70 countries have blasphemy laws, with more than a third of those countries located in Africa. These laws violate our most essential human rights: the freedom of thought, freedom of religion and freedom of speech. State-enforced blasphemy law is particularly egregious in Bala’s case because he was not charged with a crime as an accused until well over a year after being taken into custody.

“Blasphemy is a victimless crime, and the international community of freethinkers and nonbelievers must demand that the Nigerian government set Bala free,” maintains FFRF Co-President Annie Laurie Gaylor.

The Freedom From Religion Foundation is asking its members to contact the Nigerian Embassy at (202) 800 7201 (Ext.100) or This email address is being protected from spambots. You need JavaScript enabled to view it. to demand that Bala be released from prison.

The Freedom From Religion Foundation is a national nonprofit organization with more than 36,000 members across the country, with members in every state. FFRF protects the constitutional separation between state and church and educates about nontheism.