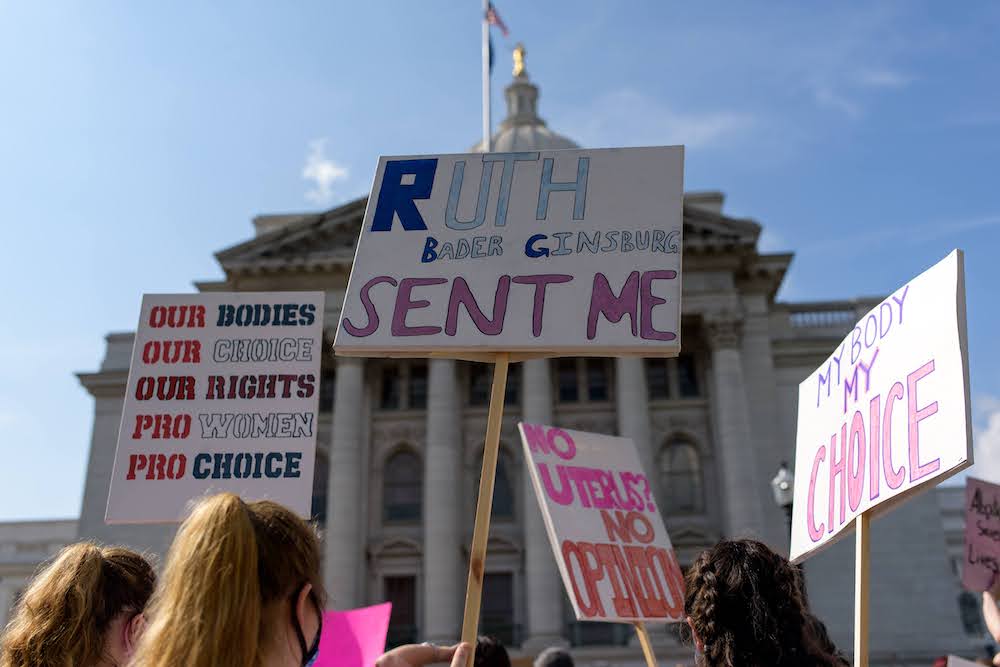 The Freedom From Religion Foundation has joined more than 100 other organizations in calling on President Biden to protect abortion rights in his State of the Union address.

FFRF and groups such as the American Civil Liberties Union, Planned Parenthood Federation of America, American Humanist Association and National Organization for Women are in a joint letter urging “everyone, from the White House to Congress to state and municipal governments to local communities, to work hard to protect and expand abortion access.”

While the letter applauds the Biden administration for releasing the first-ever National Strategy on Gender Equity and Equality, as well as its calling for a “whole-of-government” response to the draconian Texas abortion ban, it emphasizes that there is much more work to do. With the very real possibility of Roe v. Wade being overturned this year or in the near future by the ultraconservative Supreme Court, FFRF and the other groups are pressing Biden to make a “forceful case to the American public about the administration’s efforts to protect abortion access in the face of unprecedented attacks” in the upcoming State of the Union address.

The address is due to be delivered on March 1, the six-month anniversary of the start of the Texas abortion ban (SB 8). This ban is the most restrictive abortion legislation in the nation, leaving thousands of women scrambling to find abortion care.

“Fully 98.8 percent of FFRF members support Roe v. Wade, and the overwhelming majority of Americans support the right to abortion across the political spectrum, as the joint letter documents,” comments Annie Laurie Gaylor, FFRF co-president. “It’s vital for Biden and Congress to prioritize the protection and expansion of abortion access.”

The letter also prods Biden to reiterate his support for the Women’s Health Protection Act to codify abortion rights. FFRF submitted a testimony letter in support of this crucial bill before it passed the House. And thanks to the hard work of activists across the country, including FFRF members, the Women’s Health Protection Act is now in the Senate — where it faces a fierce battle. Please call your senators and ask them to support the act today.