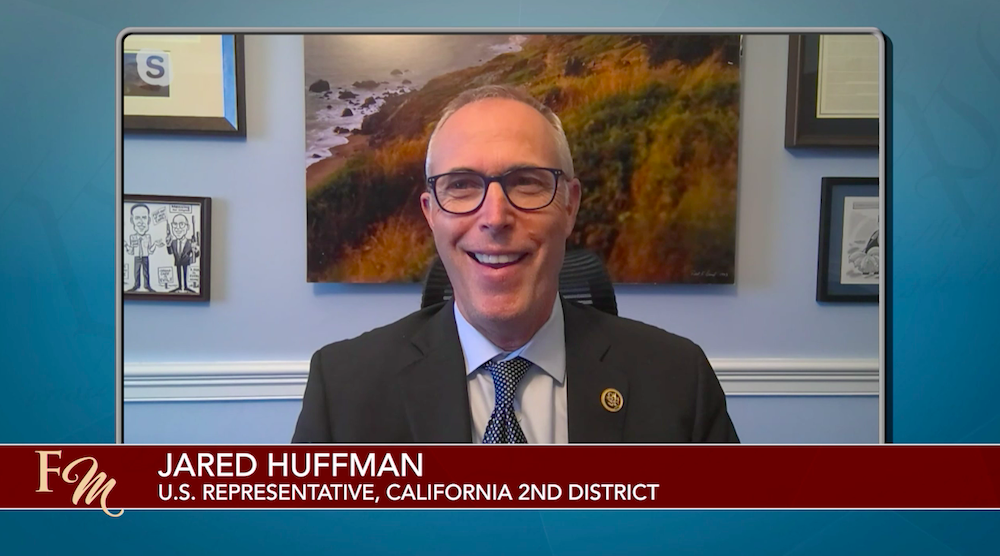 The only openly nonbelieving member of Congress honors the Freedom From Religion Foundation’s “Freethought Matters” show with a return visit this Sunday.

U.S. Rep. Jared Huffman, who represents California’s 2nd District, says he knows he’s not alone in being nonreligious: “There are a lot of fakers in the United States Congress. … People duck the question. There are a ton more nonbelievers; I’m not the only one.”

Huffman is the co-founder and co-chair of the Congressional Freethought Caucus, which promotes public policy formed on the basis of reason, evidence, science and strong moral values, protects the secular character of our government, opposes government discrimination against freethinkers and champions the value of freedom of thought and conscience worldwide.

“The more I began learning about humanism, which was kind of described as good without God, I came to feel that’s exactly how I believe in following science and facts and leading a moral life where we look out for each other and try to do the right thing,” Huffman tells “Freethought Matters” co-hosts Dan Barker and Annie Laurie Gaylor. “Not because we want an afterlife or believe that some divine entity is telling us to do that — but because we, as human beings, believe it’s the right thing to do.”

Huffman warns, “We are being dragged down a slippery slope, a theocracy, in so many ways, and it’s very important just as voters and as good citizens that we call that out.”

Upcoming guests on the show include Atheist Ireland founder Michael Nugent, law Professor Stephen M. Feldman, author of Pack the Court! A Defense of the Supreme Court Expansion, and joint guests Breaking Their Will author Janet Heimlich and nonreligious hospital chaplain Terri Daniel talking about the religious maltreatment of children.

The show launched its fall season in early September with clips from the best past interviews on the program. Subsequently, it featured an interview with famed evolutionary biologist Richard Dawkins. The program has focused on a landmark Supreme Court case against religious indoctrination in public schools, has offered answers on how nonreligious people should deal with death and has spotlighted the secular lobby in Washington, D.C. A few weeks ago, the interview was with FFRF Honorary Director Katha Pollitt, one of the nation’s foremost writers, freethinkers, atheists and feminists. After that, the show interviewed distinguished evolutionary psychologist and renowned author Harvard Professor Steven Pinker. And, recently, the show paid homage to the departed acting legend Ed “Lou Grant” Asner.