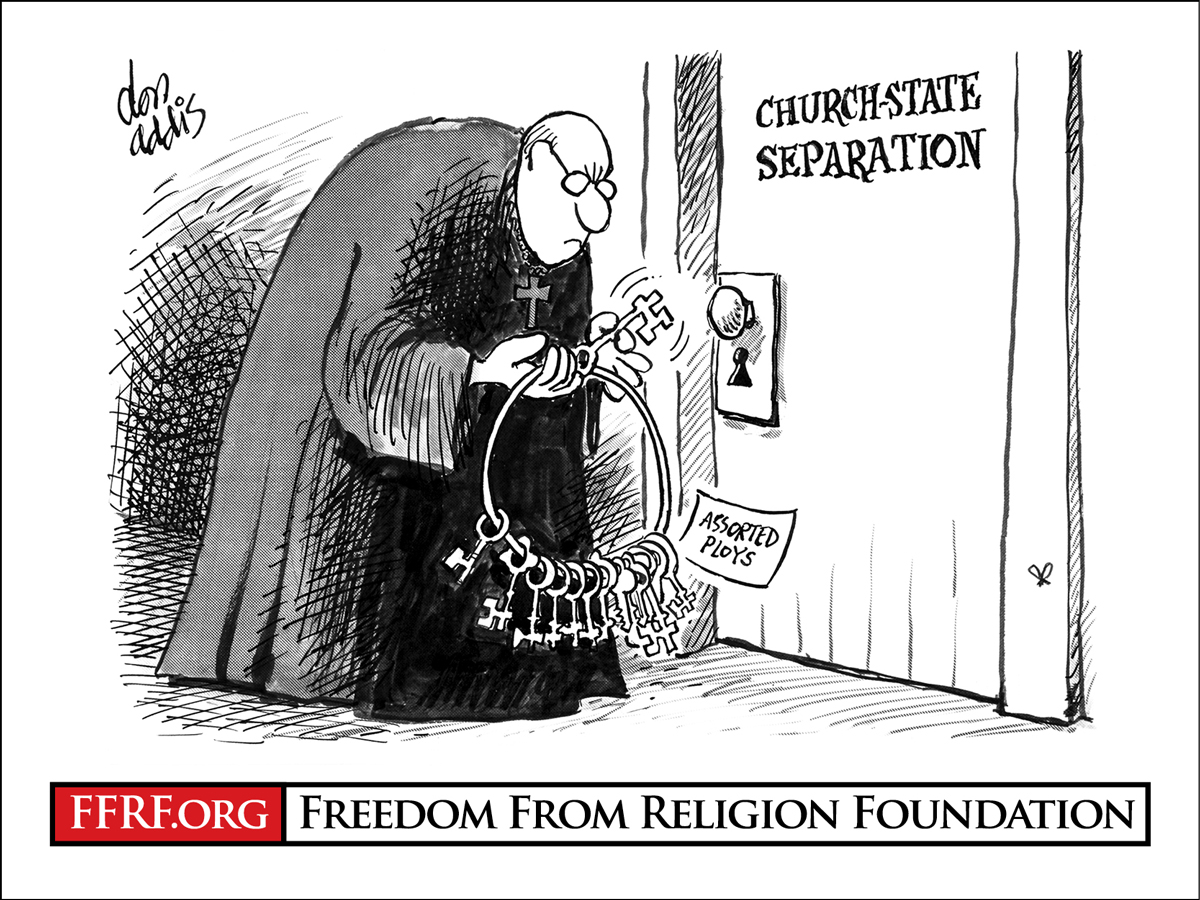 The Freedom From Religion Foundation is calling on the IRS to investigate possible partisan politicking at a San Antonio church over the weekend.

The Freedom From Religion Foundation is calling on the IRS to investigate possible partisan politicking at a San Antonio church over the weekend.

At the ReAwaken America event held at Cornerstone Church, church leaders on stage led a “let’s go Brandon” chant. Partisan political supporters of Donald Trump use this chant as a substitute for chanting: “f*ck Joe Biden.”

“They knew what they were doing, what they were saying, and knew it was nothing but a political statement,” says FFRF Co-President Annie Laurie Gaylor. “Tax exemptions are a serious public trust, a responsibility, and with that enormous benefit comes some responsibilities — including not engaging in partisan politics. No church has a right to a tax exemption, they have to follow the rules.”

The rule in question, known as the Johnson Amendment, specifies that 501(c)(3) organizations, which include churches and other religious entities, are prohibited from “participating in or intervening in any political campaign on behalf of (or in opposition to) any candidate for public office.” (Rev. Rul. 2007-41, 2007-25 I.R.B, June 28, 2007). While leaders of churches or religious organizations may express their opinions on political matters as individuals, they are, according to this rule, precluded from making “partisan comments in official organization publications or at official functions of the organization.”

The state/church watchdog has sent a letter to the IRS asking for a formal investigation of the church to determine if it violated the tax exemption rules.

The church made recent headlines after disgraced former National Security Adviser (as well as ex-general) and Christian nationalist Michael Flynn told a crowd there: “If we are going to have one nation under God, which we must, we have to have one religion. One nation under God, and one religion under God.” The church’s pastor, John Hagee, is highly politically active and notoriously had his endorsement of presidential candidate John McCain rejected because Hagee reportedly said that “Adolf Hitler had been fulfilling God's will by hastening the desire of Jews to return to Israel in accordance with biblical prophecy.”

The church is not just an epicenter for Christian nationalism, but also for the Q-Anon conspiracy. The ReAwaken America event featured lies about the 2020 election, Covid-19 and the life-saving vaccine.

“Can we finally dispense with the idea that churches and Christians are good?” asks FFRF Co-President Dan Barker. “For the past few years they’ve spread lethal disease, exhorted followers not to accept the only known prevention, spread conspiracy theories, fomented insurrection, and now they’re abusing tax-exemptions with political vulgarities. What more will it take to show that religion is not a force for good?”