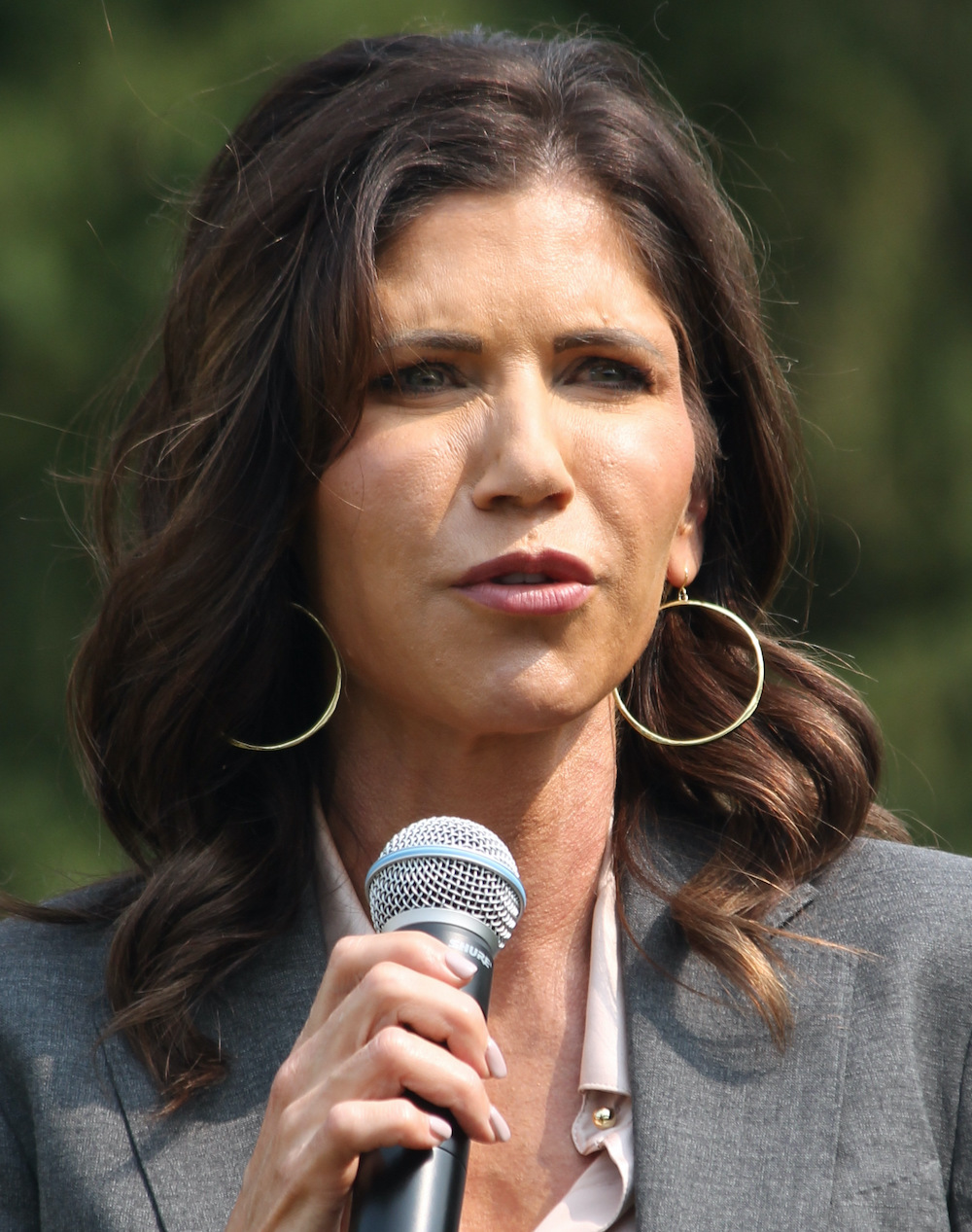 The Freedom From Religion Foundation is challenging South Dakota Governor Kristi Noem’s recent comments on the importance of prayer and religious mottos in public schools.

“The Supreme Court struck down school-sponsored prayer in public schools because it constitutes a government endorsement of religion, which violates the Establishment Clause of the First Amendment and interferes with the personal conscience of students,” charged FFRF Co-Presidents Annie Laurie Gaylor and Dan Barker in a letter to Noem that listed five Supreme Court cases ending school-sponsored prayer over four decades.

David Brody of the Christian Broadcasting Network asked Noem on Sept. 16 about the “spiritual state of our country,” something no secular public official has any business weighing in on. Brody couched the question as one of “spiritual warfare,” framing and language that helped stoke the January 6th attack on our Capitol.

Noem’s wide-ranging reply touched on the need for more bible-reading, more school prayer and the push to put “In God We Trust” in every South Dakota school:

We’ve seen our society, our culture, degrade as we’ve removed God out of our lives. . . . When I was growing up, we spent every Sunday morning, every night, every Wednesday night in church. Our church family was a part of our life. We read the Bible every day, as a family, together. . . . I don't know if families do that as much anymore, and those Biblical values are learned in the family, and they're learned in church when the doors are open so people can be there and be taught. We in South Dakota have decided to take action to really stand for biblical principles. We had a bill that was passed . . . two years ago that put the motto ‘In God We Trust’ in every single school building. It is displayed now in every K-12 school building in the state of South Dakota. And I have legislation I’ll be proposing this year that will allow us to pray in schools again. I really believe that focusing on those foundational biblical principles . . . will help us heal this division we see taking over our country.

FFRF takes issue with Noem’s blatant disregard for the Constitution and abuse of her position as a state governor. “Announcing this unconstitutional push just before Constitution Day is a deliberate slap in the face to America’s founding principles,” said Gaylor.

“Furthermore, your assertion that society and culture has degraded as we’ve removed God from our lives couldn’t be further from the truth. Scientific studies show that societies with less religion are better off,” wrote Barker and Gaylor in the letter.

The letter is not FFRF’s first challenge to Noem’s authoritarian Christian nationalism. FFRF challenged the “In God We Trust” law and is still seeking families in the state with kids who have been forced to attend a school displaying the motto. The state/church watchdog also put up billboards opposing the law.

The motto law — insultingly confusing patriotism with piety — was part of the nationwide legislative push by Project Blitz, which is a stealth campaign to inject religious bills into state legislatures across the country. The campaign, FFRF avers, is an unvarnished attack on American secularism and civil liberties, imposing Christian nationalism on “We The People.”

To date, no school prayer bill has been proposed, though a non-binding school prayer resolution passed last year. “Students can already pray in public schools,” noted FFRF Legal Director Rebecca Markert, “but the Constitution prohibits overreaching officials like Noem from imposing their religion on other people’s children. So any school prayer law is either pointless or unconstitutional. Our legal team will be watching this closely.”

Barker said FFRF’s goal is to protect “the freedom of conscience of all students.”