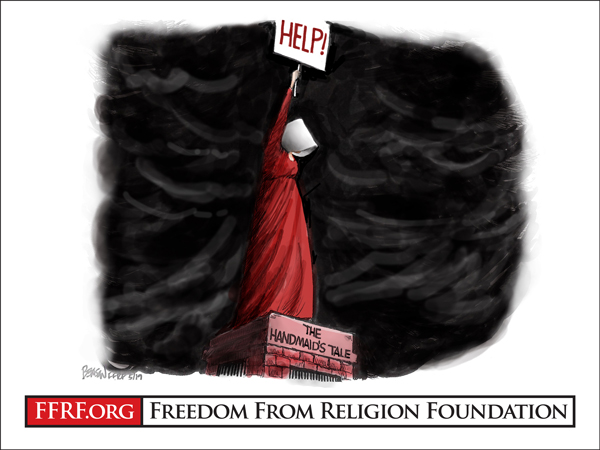 “A chill wind blows,” as the late Justice Harry Blackmun once proclaimed to warn against the initial erosion of Roe v. Wade in the 1980s.

Today (May 17) that wind got far chillier, with the announcement that the Supreme Court has agreed to hear an appeal of a Mississippi statute that bans most abortions after 15 weeks. The case, Dobbs v. Jackson Health Organization, will be the first significant abortion case heard by the high court since extremist Amy Coney Barrett replaced Justice Ruth Bader Ginsburg. Barrett is one of the three anti-abortion justices appointed to the high court by former President Trump, whose stated goal was to overturn Roe. Barrett, an outspoken anti-abortion proponent who has received widespread praise from anti-abortion groups and organizations, makes the Supreme Court a securely anti-abortion majority. For example, when asked about the future of abortion access in 2016, Barrett replied, “I think the question of whether people can get very late-term abortions, how many restrictions can be put on clinics — I think that would change.”

And that’s just what is on the line in Dobbs v. Jackson Health Organization. In 2018, Mississippi legislators passed a bill that would ban abortion at 15 weeks of gestation, except in rare cases of severe fetal abnormality or medical emergency. The law was struck down by lower courts. As Mississippi only has one abortion clinic, women already face many obstacles in obtaining timely care. The women of Mississippi are not the only ones whose reproductive rights are in danger.

The Supreme Court has long established that it is unconstitutional to impose a pre-viability abortion ban. Viability is around 24-26 weeks of gestation, but even then the Court has acknowledged that each specific pregnancy necessitates its own medical determination. If the court rules that a state may ban abortion at 15 weeks, it will be overturning much of the precedent of Roe v. Wade, the 1973 decision that itself is based on the established constitutional right to privacy. With countless burdensome obstacles, like the religiously-rooted Hyde Amendment and TRAP laws that target clinics and care providers, women’s constitutional right to an abortion may be gradually erased.

As Nancy Northup of the Center for Reproductive Rights notes, “The consequences of a Roe reversal would be devastating. Over 20 states would prohibit abortion outright. Eleven states — including Mississippi — currently have trigger bans on the books which would instantaneously ban abortion if Roe is overturned.”

Abortion access and care is unnecessarily divisive due to the ideological motivations of the few. In fact, a new Pew study found that the majority of Americans believe that abortion should be legal in all or most cases. Additionally, 82 percent of religiously unaffiliated people support legal abortions. Beyond public opinion, there is no science that supports abortion restrictions or bans. Evidence-based research has shown that abortions are safe and effective and that serious complications are extremely rare — less than 1 percent. Rather, studies have shown that women are about 14 times more likely to die as a result of childbirth and pregnancy than from an abortion. There is simply no governmental interest or business in obstructing abortion care. The only organized opposition to abortion is religious in nature.

The Supreme Court is expected to hear the case in the beginning of October with a decision to likely come by June of 2022.

As we anxiously await this verdict, we must take swift action to ensure that reproductive rights are protected by encouraging legislators to pass the EACH Act, which would reverse the draconian Hyde Amendment and guarantee abortion coverage in federal health insurance programs. This Christian nationalist campaign to dismantle abortion care in the United States also signals an urgent need for court reform.

The future of abortion rights in the United States hangs in the balance and our secular activism is needed more than ever.