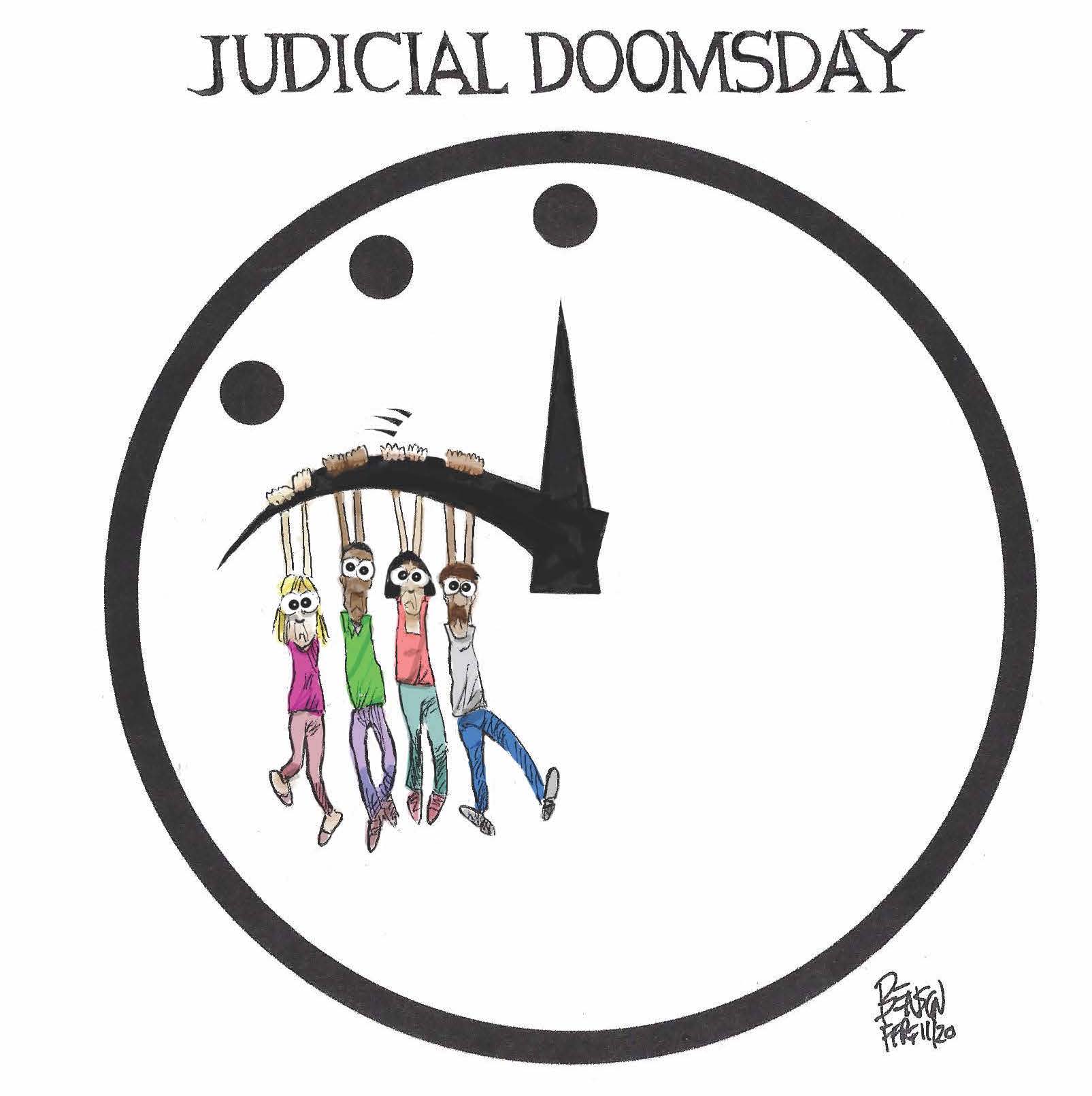 The Freedom From Religion Foundation welcomes a significant congressional proposal to add four seats to the U.S. Supreme Court, a necessary court correction.

Rep. Mondaire Jones, D-N.Y., today introduced a bill, the Judiciary Act of 2021, to increase the number of justices. Joining Jones as sponsors are Rep. Jerry Nadler, chair of the House Judiciary Committee, and Rep. Hank Johnson, a member of the Congressional Freethought Caucus. Jones, an attorney who worked at the Department of Justice under President Obama and who was seated this year, ran in part on a platform of court reform: “We have to restore balance and preserve our democracy.”

“We applaud Rep. Jones for his vision and initiative in introducing a proposal to rebalance and expand a court that has been politicized, homogenized and captured by special interests,” says Dan Barker, co-president of the Freedom From Religion Foundation.

The case for high court expansion includes the fact that the number of justices on the high court was historically tied to the number of circuit courts of appeals — and there are now 13 such circuits. “Jones’ proposal simply brings the court seats back to where they should be,” Barker adds.

Court expansion and reform are in order, FFRF notes, for many compelling reasons. The nation’s highest court should better represent the U.S. population, not only by sex and race, but by diversity of legal background and other life experiences. The current nine-member court is dominated by seven white justices, six Roman Catholics and six men.

Additionally, FFRF points out the otherwise irreversible harm inflicted by the unprecedented manipulation of the filling of recent high court vacancies. That includes the blocking of Obama’s nomination of Merrick Garland to replace Justin Antonin Scalia in 2016 and the confirmation of archconservative Amy Coney Barrett in the midst of a presidential election only days after the death of Justice Ruth Bader Ginsburg. Civil and individual liberties have been endangered because of these maneuverings. Rich and powerful interests helped confirm justices opposed to equal rights under the law, state/church separation, women’s rights, access to health care — and more.

“If anything, Congress could go further, because this court has a legitimacy problem,” says FFRF Director of Strategic Response Andrew Seidel, an attorney. “Our courts have already been packed and all the amazing policy solutions in the world are meaningless if they cannot survive a challenge in a rigged federal judiciary.”

FFRF’s report shows how the courts have indeed already been “packed” by extremist jurists handpicked by the Federalist Society and documents the poisonous influence of extremism and Christian nationalism resulting from those appointments, threatening reproductive rights, Establishment Clause law and voting and civil rights. The report warns: “The Trump administration had the rare opportunity to fill three Supreme Court seats in one term, and Trump’s choices were all religious extremists pushed by Christian nationalist lobbying outfits because of their reactionary views. Their pre-Supreme Court records on the Establishment Clause were alarming, and now that they are sitting on the court, we are already seeing the disastrous results.”

The number of Supreme Court justices is set by Congress, not the Constitution, and has changed in size seven times, from a low of five to a high of 10.

“Rep. Jones’ bill is a great step toward better representation and equal justice on the Supreme Court,” says FFRF Legal Director Rebecca Markert. “But FFRF is working to make sure it’s just the first step.”