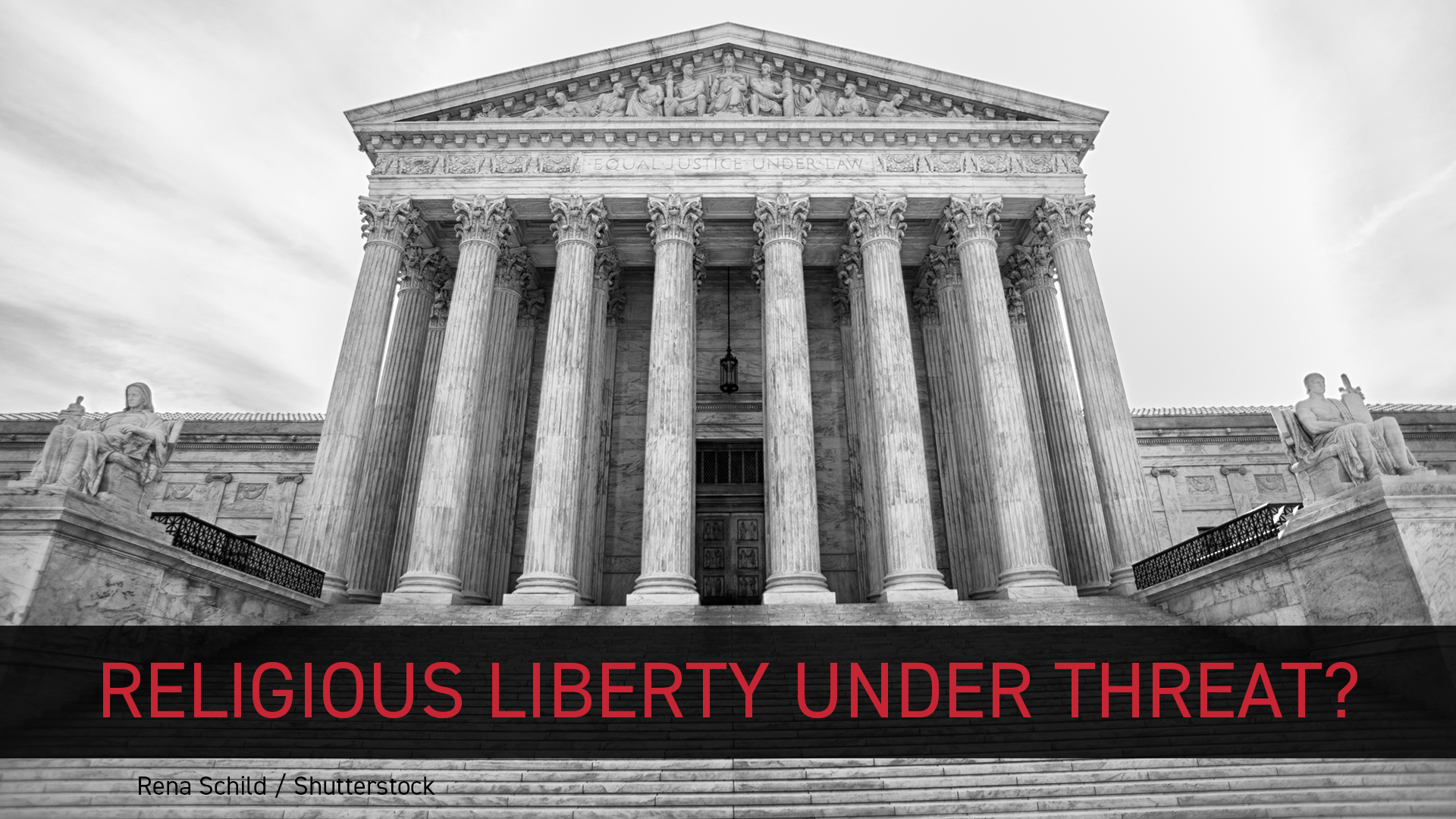 A new Freedom From Religion Foundation report exposes the Christian Nationalist takeover of the federal courts and the damage this is causing to the separation of state and church.

Over the past four years, President Trump has stacked the federal courts with ultraconservative judges, thanks to the blocking of President Obama’s judicial appointments and the holding open of vacant seats by Senate Majority Leader Mitch McConnell. Trump has made three Supreme Court appointments, 53 appellate court appointments and 170 district court appointments, drastically outpacing his predecessors. In fact, the outgoing president has vowed to continue confirming nominated judges through the end of the lame-duck 116th congressional session.

The capture of the courts is alarming, given the power the courts hold over the interpretation of the Constitution and its impact on our rights, FFRF underscores in its report. The judges on the federal bench are appointed for life, which may be up to four or five decades. Their influence often lasts even longer.

To make matters worse, political calculations have dictated Trump’s judicial appointees. In 2016, 81 percent of white evangelical Christians voted for him, and in return they’ve gotten a federal judiciary willing to codify religious privilege while stripping the rights of minorities. That’s why the federal judges that have been appointed by Trump are religious ideologues who are dramatically redefining religious liberty and undermining core, cherished constitutional principles that keep religion out of government.

For instance, in a 5-4 decision in July, the Supreme Court allowed public health state-level pandemic restrictions on church services to stand. Just four months later, thanks to newly appointed Justice Amy Coney Barrett, the court flipped on this issue. The Constitution did not change — just personnel. The court ignored the legitimate public health reasons for state and local governments to place restrictions on church services that are commensurate with restrictions placed on events posing similar risks. For the Christian Nationalist justices, religion must occupy a place of privilege. This ruling clearly signals that the new Christian Nationalist majority is ready to move full steam ahead to weaponize and redefine religious liberty, with dangerous consequences.

The report places a spotlight on some prominent Trump appointees, such as Justices Neil Gorsuch, Brett Kavanaugh and Barrett and Judges Kevin Newsom, David Stras and James Ho — and their misbegotten judicial philosophies.

“Our godless Constitution separates church from state, and federal courts have long defended that founding American principle,” the report concludes. “Our nation has always understood religious freedom is a protection, not a weapon. The conservative Christian Nationalists who’ve captured the courts have turned these and other hallowed principles on their head.”