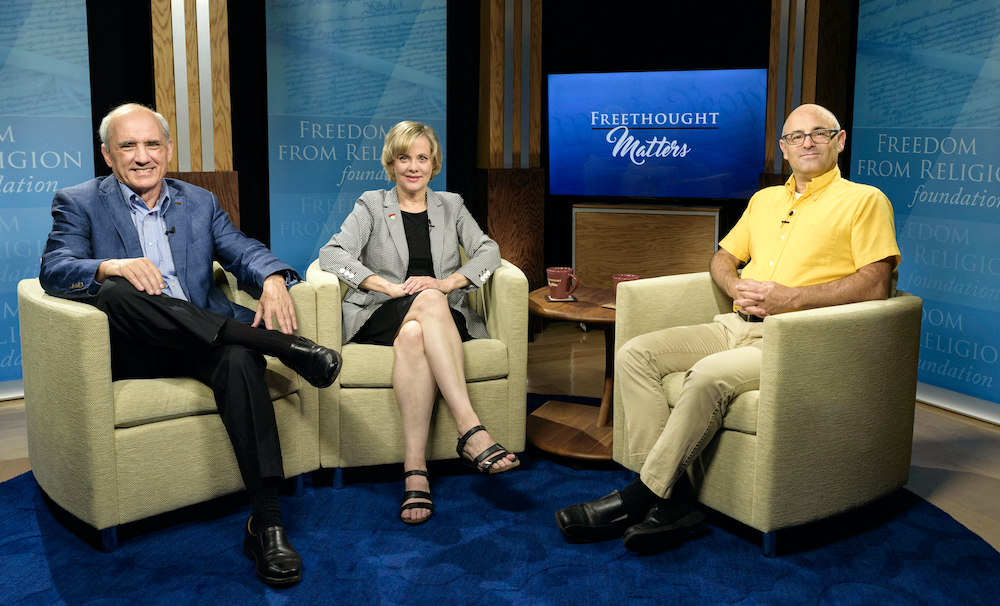 A pioneer scholar of secular studies is interviewed on the latest episode of the Freedom From Religion Foundation’s “Freethought Matters” TV show. Phil Zuckerman, a professor of sociology and secular studies at Pitzer College, founded the country’s first secular studies program at that institution. He has done groundbreaking work demonstrating that more secularly inclined countries have a better quality of life. Zuckerman is the author of several books, including What It Means to be Moral, The Nonreligious: Understanding Secular People and Societies and Faith No More: Why People Reject Religion.

As an antidote to religion on the airwaves and Sunday morning sermonizing, the half-hour show airs Sunday mornings in 11 cities and Sunday evening in FFRF’s hometown of Madison, Wis. And this week’s show is already available on FFRF’s YouTube channel.

The first guest in the new season was U.S. Rep. Jared Huffman, founder of the Congressional Freethought Caucus. Huffman’s appearance on the show made media waves due to his remarks about his colleague Rep. Liz Cheney’s dogmatic stance on the religious oath. U.S. Rep. Jamie Raskin and world-renowned philosopher Daniel Dennett have appeared on the show in recent weeks. U.S. Rep. Mark Pocan will be on the show next month.