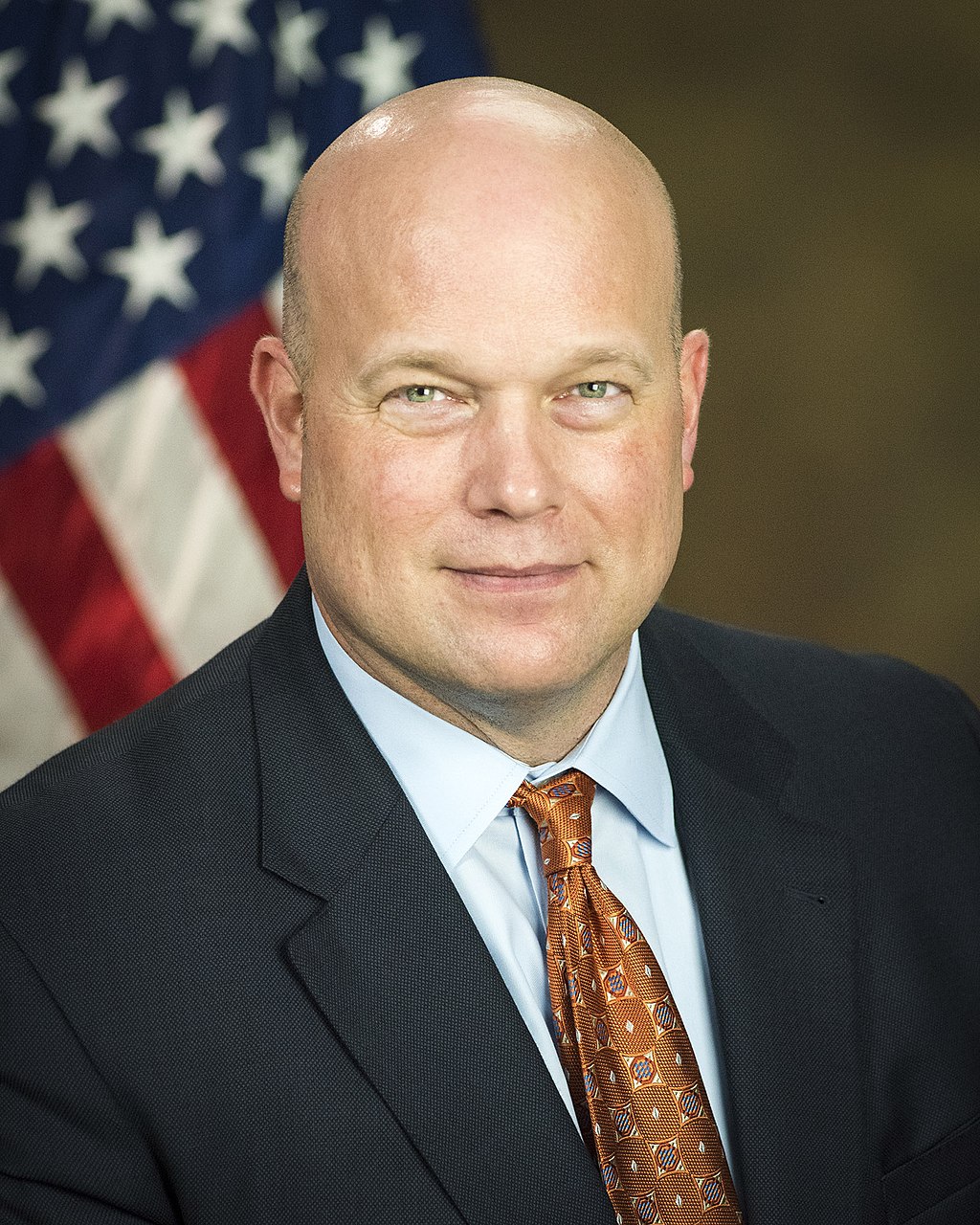 A man who has a “biblical view of justice” is now running the Department of Justice.

Acting Attorney General Matthew Whitaker (appointed by President Trump this week minus the required Senate approval process) is a Christian nationalist. He has asserted that all judges must be “people of faith” with “a biblical view of justice.”

At a 2014 forum for candidates vying to be the next Republican nominee for U.S. senator in Iowa, Whitaker staked out an extreme Christian nationalist position — even more extreme than any other speaker at the right-wing summit. He criticized other speakers who said that our Constitution and law “come from God” as not going “far enough.”

Whitaker would demand of his judges — and presumably this would hold for people who work under him at the DOJ, especially given that his predecessor shared this view — be “people of faith” and “have a biblical view of justice.”

“As long as they have that worldview, then they’ll be a good judge,” he has said, despite our Constitution’s prohibition of a religious test for public office. “And if they have a secular worldview, where this is all we have here on Earth, then I’m going to be very concerned about how they judge.”

It’s not just Whitaker’s Christian nationalism that is problematic.

He ran a group formed and dedicated to preventing Judge Merrick Garland from taking a seat on the Supreme Court.

And when asked what some of the worst Supreme Court cases were, Whitaker didn’t begin with, say, Dred Scott, which essentially held that African-Americans were not human. No, Whitaker “would start with the idea of Marbury v. Madison. ... All New Deal cases that were expansive of the federal government. … Then all the way up to the Affordable Care Act and the individual mandate.” Marbury is the seminal case that established the federal judiciary power to review and declare laws unconstitutional; it ensured that the judiciary is the third, separate and co-equal branch of our government. It is a critical check and balance. Needless to say, it’s not considered to be controversial or suspect — indeed, it is foundational to U.S. law.

On abortion, Whitaker’s Christian extremism again rears its head with a “life begins at conception” mentality.He also opposes same-sex marriage on religious grounds: “It’s traditionally been up to the churches and to God to define that.” There’s also talk that Whitaker, as a federal prosecutor, went after LGBTQ politicians because of “anti-gay bias,” which of course has deep biblical roots.

What would a biblical view of justice look like? Capital punishment for such non-crimes as worshipping gods other than the Judeo-Christian god, blasphemy, sabbath-breaking, disobeying a parent, a woman who isn’t a virgin on her wedding night, or witchcraft. Biblical law forces victims of rape to marry their rapists and it punishes innocent children for the crimes of their parents, “to the third and fourth generation.” Whitaker has joked that he prefers New Testament justice to “Levitical” justice, but has apparently forgotten that Jesus supposedly said, in the Beatitudes no less, that he came to fulfill the law of the prophets, not to abolish it.

Whitaker’s biblical ignorance is matched by his blatant disregard for America’s founding principles and the Constitution, which was the first to prohibit religious tests for public office. His statements show a disregard for the rule of law. That alone makes him unfit to run the DOJ, but it also provides insight into the critical question surrounding his appointment.

Ethics and recusal
One striking part of this administration, so full of devout Christian nationalists, is that it’s also plagued by scandal on a biblical scale. Just-departed Attorney General Jeff Sessions had his share of scandal and poor policy choices (a Religious Liberty Task Force, really?) but somewhere he retained a bit of ethical sense and recused himself from overseeing Special Counsel Robert Mueller’s investigation.

Whitaker, on the other hand, has been a harsh, outspoken critic of the Mueller probe. He even wrote an op-ed while at the DOJ arguing that Rod Rosenstein, who oversaw the probe because of Sessions’ recusal, should “order Mueller to limit the scope of his investigation.”

Whitaker has, at best, prejudged the Mueller investigation. He’s shown contempt for the Constitution and its groundbreaking ban on religious tests. And he’s been ethically compromised in his other endeavours. Christian nationalists like Whitaker are guided by ideology, not ethics.