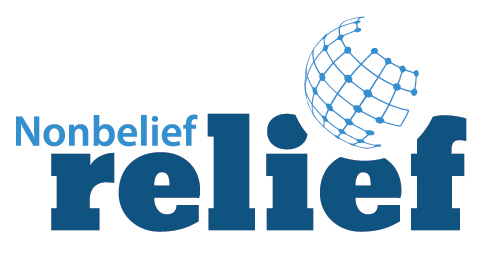 The Freedom From Religion Foundation is taking the Internal Revenue Service to court over yet another religion-related tax privilege.

The national state/church watchdog has filed a federal lawsuit this morning in D.C. district court to challenge the preferential exemption of churches and related organizations from reporting annual information returns required of all other tax-exempt groups. The defendant is David J. Kautter, acting IRS commissioner.

The plaintiff is Nonbelief Relief, a humanitarian group created by FFRF’s executive board in 2015 as a separate 501(c)(3) entity for atheists, agnostics and freethinkers to remediate conditions of human suffering and injustice on a global scale “whether the result of natural disasters, human actions or adherence to religious dogma.” That relief is not limited to but includes assistance to individuals targeted for nonbelief, secular activism or blasphemy.

The IRS refused a request by Nonbelief Relief to be excused from registering the annual Form 990, citing the discriminatory treatment of churches vis-à-vis other tax-exempt nonprofits. Nonbelief Relief’s tax exemption was revoked on Aug. 20 for failure to file the Form 990 return for three consecutive years. Nonbelief Relief “has and will suffer harm, detriment and disadvantage as a result of the revocation of its tax-exempt status, including tax liabilities and loss of charitable donations which are no longer tax-deductible by donors.”

Nonbelief Relief is asking the court to reinstate its tax-exempt status, and to enjoin the IRS from continuing to preferentially exempt churches and other affiliated religious organizations from annual information filings required of other 501(c)(3) nonprofits.

From 2015 through August 2018, Nonbelief Relief has given out nearly $600,000 in charitable grants — work which will now be injured and imperiled by the government’s actions.

The significant tax benefits to charitable organizations under §501(c)(3) of the IRS code include exemption from federal income taxes and deductibility of donations for income-tax purposes, incentivizing contributions. In return, tax-exempt groups are expected to annually show that they deserve to retain these benefits by filing the Form 990, which explicitly details income, expenditures, balance sheet, staff compensation, fundraising, lobbying expenses etc., thus ensuring there is no diversion of funds from the organization’s exempt purpose. The Form 990 is made public by the IRS. Yet churches are automatically exempted from filing these returns.

Such preferential treatment results in obligations and penalties imposed on secular nonprofits that are not imposed on churches, in violation of the Establishment Clause of the First Amendment and equal protection rights, FFRF charges.

Not only do churches receive preferential treatment over filing requirements, but the IRS preferentially does not enforce restrictions on political campaign activity by churches, the complaint notes. Many churches, FFRF alleges, “are quite deliberate and open in their defiance of the politicking prohibition,” such as coordinating “Pulpit Sundays.” The complaint cites a recent violation involving President Trump’s evangelical adviser Paula White, who engaged in explicit partisan politicking from the pulpit on Sept. 18.

FFRF is also in federal court challenging the discriminatory clergy housing allowance, whereby “ministers of the gospel” can be uniquely provided a housing allowance as part of their salary, which is subtracted from taxable income.

“Tax-exempt groups, whether religious or nonreligious, must be treated equally by our government,” says Annie Laurie Gaylor, Nonbelief Relief administrator and FFRF co-president. “The IRS has revoked Nonbelief Relief’s tax exemption for failure to file information returns, even though virtually all churches in America fail to file such returns while not endangering their tax exemption. That's invidious discrimination and favoritism toward religion.”

The Freedom From Religion Foundation is a 501(c)(3) educational nonprofit (which files its annual information returns), created as a national group in 1978. FFRF has 32,000 nonreligious members and is dedicated to upholding the constitutional principle of separation between religion and government.

Representing FFRF in the suit is outside litigator Richard L. Bolton, with FFRF Attorneys Patrick Elliott and Sam Grover serving as co-counsel. The lawsuit was filed in the U.S. District Court for the District of Columbia.