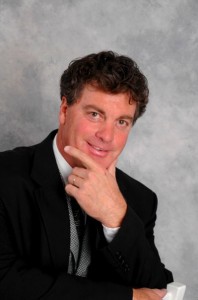 The Freedom From Religion Foundation has stopped an Indiana school district from violating the U.S. Constitution in several ways. The superintendent of Cloverdale Community Schools has assured the state/church watchdog it will stop prayers at staff meetings and will not invite back an “inspirational” speaker who proselytized at a school event.

A concerned Cloverdale Community Schools employee informed FFRF that the school district recently hosted multiple events by Craig Conrad, an inspirational speaker who performs as 'Unstoppable Man,' including presentations to both teachers and various groups of students. The session for teachers was apparently a mandatory professional development meeting that lasted approximately two hours in the afternoon on Aug. 31 at Cloverdale High School. Conrad reportedly concluded the session with an instruction to teachers to look at an image of Jesus and “realize that we are teaching for ‘Him’ and not for any other reason.” Conrad pressured the teachers to stay for this final portion of the session by telling them that if they were “easily offended snowflakes,” then they could leave.

FFRF’s complainant was uncomfortable leaving the session after this bullying taunt because the school’s principal, H. Sonny Stoltz, has a practice of leading prayers before some staff meetings. The complainant was concerned that leaving the professional development meeting in order to avoid Conrad’s promotion of Christianity would invite retaliation from the principal.

This is not the first time that FFRF had received complaints about Craig Conrad, who sells himself as a patriotic anti-bullying motivational speaker but ironically bullies and belittles those who do not share his views of Christian nationalism.

Providing Conrad with a captive audience presented a risk of legal liability to the district if Conrad again promoted religion during a presentation, FFRF pointed out. The state/church watchdog urged that to avoid the constitutional concerns and the divisiveness these practices cause, the district must ensure that Stoltz would not inject religious promotion into staff meetings or other school-sponsored occasions, and Conrad must not be invited to speak at future district events.

“Federal courts, including the 7th Circuit (which has jurisdiction over Indiana), have held that mandatory meetings for government employees may not promote religion,” FFRF Staff Attorney Ryan Jayne wrote to Superintendent Greg Linton. “Prayers or other religious exercises at staff meetings or at staff training sessions communicate to employees that their government employer endorses that religious message.”

“In short, Mr. Conrad will not be invited back in the future to provide any type of convocations for students, or in-service for staff,” Linton recently responded in a letter that essentially agreed with FFRF’s assertions. Linton stated that even prior to receiving FFRF’s letter, school administrators concurred that “parts of [Conrad’s] message were not appropriate for a public school setting.” The letter continued, “In addition, I have shared your letter with Mr. Stoltz and have requested that he discontinue praying prior to staff meetings.”

FFRF is always pleased to steer a school district onto the correct course.

“We are delighted that we put an end to blatant proselytizing in a public school system,” says FFRF Co-President Annie Laurie Gaylor. “'Unstoppable Man' has been stopped by the First Amendment.”

The Freedom From Religion Foundation is a national nonprofit organization with over 32,000 members nationwide, including more than 400 in Indiana. FFRF’s purposes are to protect the constitutional separation between state and church, and to educate the public on matters related to nontheism.