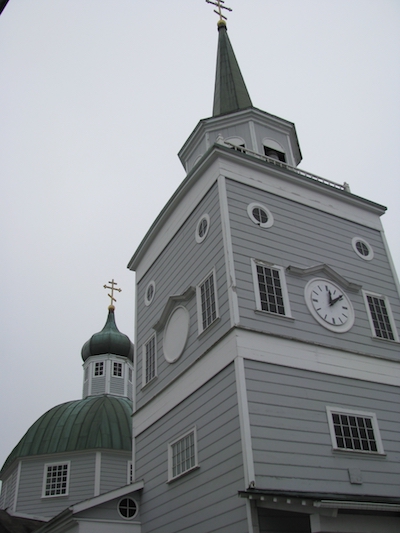 An Alaska city wisely chose not to dole out money to a local church after the Freedom From Religion Foundation raised objections to the proposed move.

The Sitka City Assembly was all set to allocate $5,000 from the city's Visitor's Enhancement fund to help repair the St. Michael's Cathedral in town. City Attorney Brian Hanson had reviewed concerns that funding this church would violate the First Amendment and erroneously concluded that the grant would be permissible.

Sitka's contemplated funding of St. Michael's Cathedral advanced religion even more plainly than the unconstitutional actions in Tilton v. Richardson and Community House, FFRF contended. Repairing a building that is used for religious worship, and that has the sole stated mission of winning converts to a particular religion, unconstitutionally supports both that religious worship and that religious mission.

The Sitka City Assembly, to its credit, paid heed to FFRF's counsel.

"After deliberation that spanned several meetings, St. Michael's Cathedral will not receive $5,000 from the city for exterior work," a local radio station recently reported. "At a short meeting on Tuesday, the Sitka Assembly voted 4-3 against donating the money for renovations to the historic building. The ordinance, originally presented to the assembly on Nov. 7, continued to stir up debate over the separation of church and state."

A Sitka Assembly member who voted the right way understood the implications of giving the church the city grant.

"It's pretty clear that by doing this, you will be advancing the church's goal," Aaron Bean said. "Any money that they wouldn't have to otherwise pay a contractor to do the work that they've been neglecting for years is going to end up furthering their agenda."

FFRF applauds Bean and his three colleagues who voted in opposition to the grant.

"It's a fundamental American principle that citizens may not be taxed to support a church," says FFRF Co-President Annie Laurie Gaylor. "We're pleased that the majority of Sitka City Assembly members nixed this very bad idea."

The Freedom From Religion Foundation is a national nonprofit organization with 30,000 members across the country, including members in Alaska. FFRF's purposes are to protect the constitutional principle of separation between state and church, and to educate the public on matters relating to nontheism.