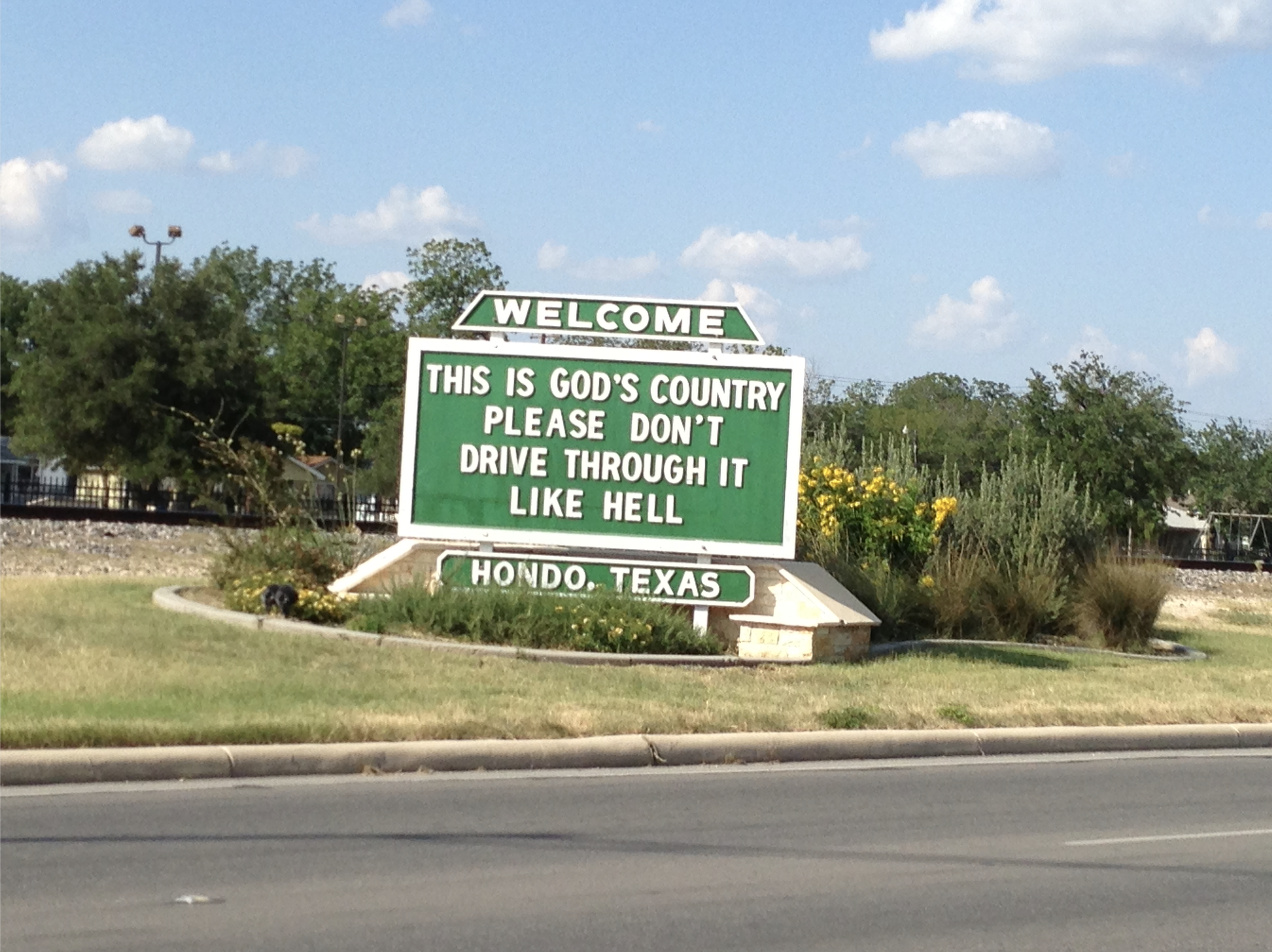 The Freedom From Religion Foundation is objecting to religious highway signs that greet people when they enter a Texas city.

Signs proclaiming "Welcome — This Is God's Country Please Don't Drive Through It Like Hell — Hondo, Texas" are displayed prominently by U.S. 90, at the city borders.

"It is inappropriate for the city of Hondo to display religious signs that convey government preference for religion over nonreligion," FFRF Co-President Annie Laurie Gaylor writes to Hondo Mayor James Danner. "The display of the religious message 'This Is God's Country' on public property violates the Establishment Clause of the First Amendment, which prohibits public bodies from advancing, supporting, or promoting religion. It is also needlessly divisive, since it sends the message that nonbelievers are not welcome in the city."

Besides, what the city of Hondo is trying to convey through the signs could very well be misconstrued. It needs to find an alternative way to promote safe driving.

"Some people may want to flee 'God's Country' faster than hell," Gaylor adds. "Hondo officials could actually be encouraging drivers to speed with such signs."

FFRF is asking the city of Hondo to immediately remove these signs from public property and refrain from displaying any messages that endorse religion in the future. In a similar instance, the city of Hawkins in Texas last year had to get rid of a public "Jesus Welcomes You to Hawkins" sign after FFRF challenged it.

FFRF is a national organization dedicated to the separation of state and church, with 24,000 nonreligious members nationwide, including almost 1,000 in Texas.