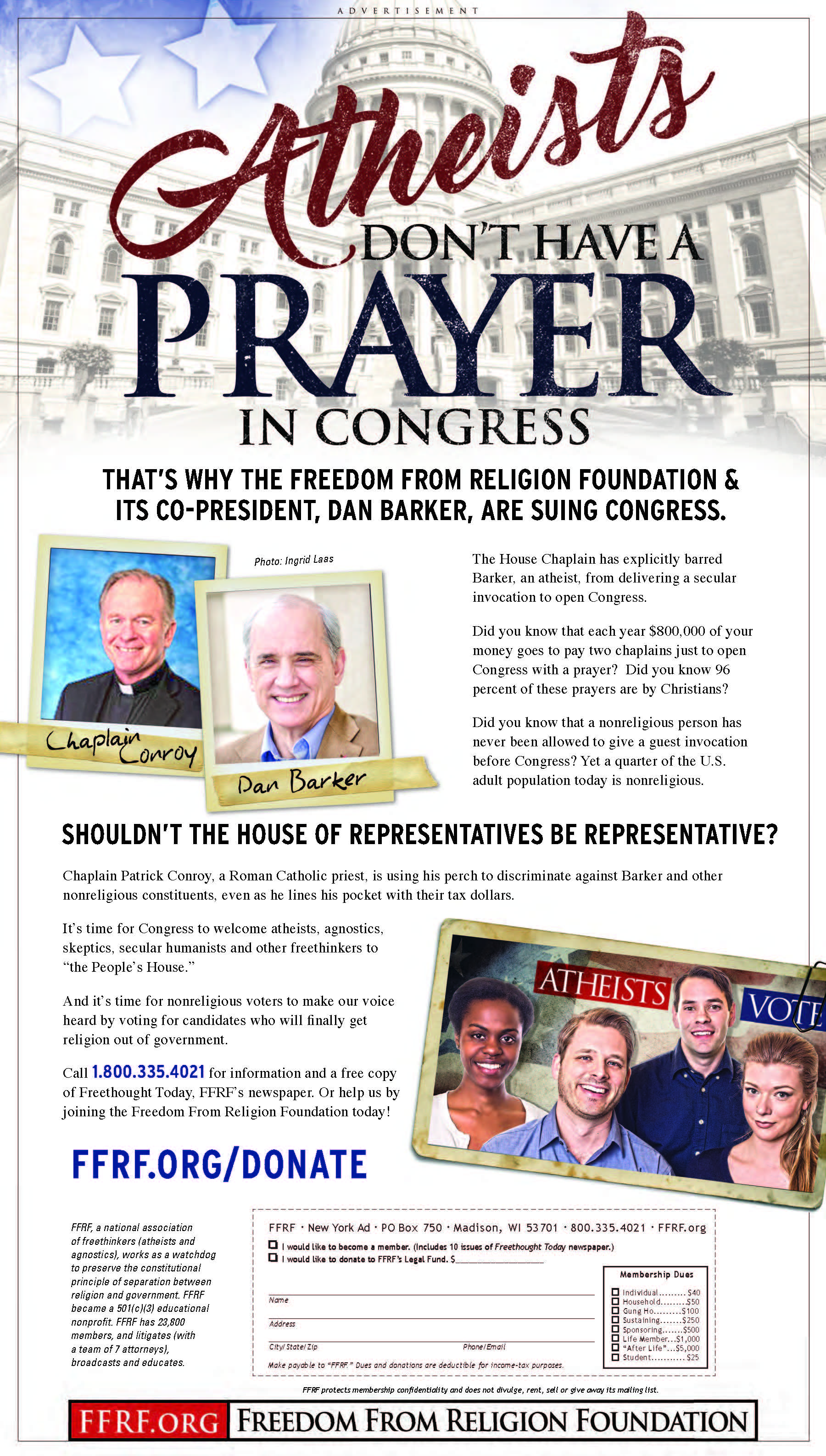 The Freedom From Religion Foundation is running a timely national ad campaign this week on the need to vote for candidates who'll get religion out of government.

The full-page ads—featured in three of the country's foremost newspapers—are aimed in this election season to get freethinkers to flex their electoral muscle, linking them to FFRF's groundbreaking "I'm Secular and I Vote" campaign. The ads are scheduled to appear in The New York Times on Thursday, USA Today this weekend and The Washington Post on Sunday.

The ads also focus on the new lawsuit that FFRF has brought against the U.S. Congress for denying its Co-President Dan Barker a chance to give an atheist invocation. "Atheists Don't Have a Prayer in Congress," the headline aptly notes.

As the ads point out, congressional prayers are extremely sectarian, with Christians comprising 96 percent of officiants, even though a quarter of the American population is nonreligious. "Shouldn't the House of Representatives be Representative?" the ads ask.

Congressional prayer also costs U.S. taxpayers a good-sized bundle. Approximately $800,000 of tax dollars maintain a staff for two Christian chaplains whose major purpose is to open the House or the Senate with a prayer.

"Our lawsuit is just another example of the reason FFRF exists: to fight the marginalization of nonbelievers," says Barker. "It's wrong that such a huge number of Americans are deemed beyond the pale by the political establishment. Our purpose is to stand up for freethought and our rights as citizens."

The Freedom From Religion Foundation is part of a coalition sponsoring the Saturday, June 4, Reason Rally, during which secular-minded folks are gathering in the nation's capital to celebrate and make their presence felt.