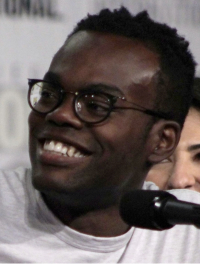 On this date in 1980, American actor and playwright William Jackson Harper was born in Dallas as William Fitzgerald Harper. Harper grew up in a heavily conservative Christian home. “When I was a kid, they made us write these essays about what heaven would be like. I went to this Christian school in Texas, and the thing that I wrote was no bees. No bees. No mud. No infirmities,” he told Ebony magazine.

In 2003, he graduated from the Santa Fe University of Art and Design. Harper began his acting career in the realm of theater and was cast in 2014 as James Harrison and Stokely Carmichael in “All the Way,” his Broadway debut. His most notable television role is Chidi Anagonye, a moral philosophy professor on “The Good Place” (2016). The first play he wrote, “Travisville,” was inspired by the Texas civil rights movement and premiered at the Ensemble Studio Theater in October 2018.

“I was raised C.O.G.I.C., which is Church of God in Christ, a very conservative, very strict denomination of Christianity in the black community. I think all my neuroses come from having been religious. I hit a point of very studied agnosticism. I kind of like to believe in nothing and everything.” 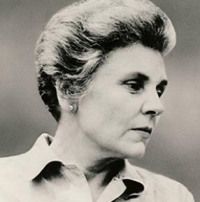 On this date in 1911, American poet and short-story writer Elizabeth Bishop was born in Worcester, Mass. Bishop, an only child, lost both of her parents when she was very young. Her father died when she was only a year old and her mother was committed to a mental institution when she was 5, dying there 18 years later. For the rest of her childhood, she was passed between relatives who were able to take care of her. She first lived with her maternal grandparents in Nova Scotia but soon moved to live with her paternal relatives in Worcester and South Boston. They were concerned about the limited education and financial resources available in Nova Scotia.

She attended Walnut Hills School for Girls, an independent boarding school for the arts and went on to earn her B.A. in English from Vassar College. At Vassar, she helped found the rebellious, student literary newspaper Con Spirito. It merged after three issues with the Vassar Review.

After graduation, Bishop traveled to numerous countries, including France, Spain, Ireland, Italy and several in North Africa. She continued to travel and live all over the world for much of her life. She published 101 poems, painstakingly crafting each piece. Her poetry incorporates descriptions of her journeys abroad, in addition to struggles to find a sense of belonging and the human experiences of grief and longing. “Her poetry speaks to many issues that are urgent today: gender identity, our difficult relationship to foreign cultures and postcolonial realities, the way that science and reason can sometimes do violence to the world,” wrote Bonnie Costello, author of Elizabeth Bishop: Questions of Mastery. As a metaphysically minded poet, Bishop is featured in The Joy of Secularism: 11 Essays for How We Live Now, which discusses her particular interest in Darwin’s work and her views on secularism.

In 1949 she was appointed to serve as U.S. Poetry Laureate Consultant to the Library of Congress for the year. Bishop won several awards, including the Pulitzer Prize for Poetry in 1956, the National Book Award for Poetry in 1970 and the Neustadt International Prize for Literature in 1976. In her later years, she lectured at the University of Washington, at Harvard University for seven years and at the Massachusetts Institute of Technology. Bishop died in her Boston apartment of a cerebral aneurysm. D. 1979.

“[Darwin] is one of the people I like best in the world.” 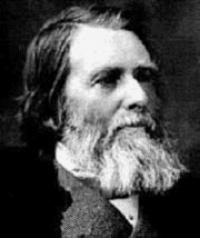 On this date in 1829, art critic and reformer John Ruskin was born an only child in London. His mother, a devout evangelical, wanted him to study for the clergy but he turned to the arts, studying art and poetry at King's College and Oxford. In Praeterita (1855), Ruskin related that by age 14 he had rejected the literal truth of the scriptures: "It had never entered into my head to doubt a word of the Bible, though I saw well enough already that its words were to be understood otherwise than I had been taught; but the more I believed it, the less it did me any good."

Ruskin credited his interest in geology with destroying his faith, being unable to reconcile science with such claims as the biblical flood. Ruskin became a public figure when he took up the cudgels to defend the paintings of J.M.W. Turner, writing the book Modern Painters (1843). Ruskin wrote several other books on art, then turned to social reform, working as an art teacher with the London Working Men's College, and writing on economic questions. Ruskin also founded the Art School at Oxford, a museum in Sheffield, and attempted some experimental agrarian communities. "In an earlier age he might have become a saint," noted E.T. Cook in the Dictionary of Natural Biology.

Ruskin gave away most of his inheritance on the theory that it was a contradiction to be a rich socialist. He became a professor of art at Oxford (1869-79). His interest in architecture helped to birth the National Trust and the Society of the Protection of Ancient Buildings. In his reforming years (1858-75), Ruskin was decidedly agnostic, telling Augustus Hare in 1860 that he "believed nothing" (Hare, Story of My Life). Although he dallied with spiritualism in the 1870s and regained a vague theism, according to biographer Cook, Ruskin never rejoined the church. Cook also wrote that Ruskin rejected the misconception that morality depends on religion. Ruskin's returning interest in religion coincided with his first of several recurring bouts of mental illness in 1878. D. 1900.

“It is neither Madonna-worship nor saint-worship, but the evangelical self-worship and hell-worship — gloating, with an imagination as unfounded as it is foul, over the torments of the damned, instead of the glories of the blest — which have in reality degraded the languid powers of Christianity to their present state of shame and reproach.” 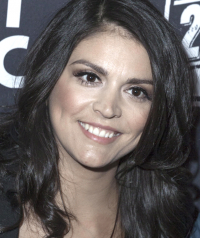 On this date in 1984, actress Cecily Legler Strong was born in Springfield, Ill., to Penelope (Legler) and William Strong, respectively a nurse practitioner and Associated Press bureau chief. She grew up in Oak Park, graduated from high school at the Chicago Academy for the Arts and earned a B.F.A. in theater from the California Institute for the Arts in Santa Clarita.

She worked at a Los Angeles deli and wine shop before returning to Chicago to study and perform with The Second City and iO Chicago improv troupes. Strong debuted as a featured player on "Saturday Night Live" on Sept. 15, 2012. The next season she became a repertory player and co-anchored the recurring Weekend Update segment with Seth Meyers. As of this writing, she's in her eighth "SNL" season. From 2015-18 she had film roles in "The Female Brain," a remake of "Ghostbusters," "The Boss," "The Bronze" and "The Meddler."

Strong was in a relationship with comedy writer Mike O'Brien and later with a "mystery" Italian man she met in Spain but she has never married. She headlined the 2015 White House Correspondents Dinner at which she joked about bonding with President Obama: "I'd lace up a pair of Jordans, he'd slip on a pair of my mom's jeans and we would just miss three-pointers until sundown, when, of course, we'd have to stop and pray to Mecca."

In a 2014 interview with Glamour magazine, she advised playing with dogs as much as possible. "As a kid I had a German shepherd-collie mix named Emma who was the worst-behaved dog in the neighborhood. Her nickname was Emma Goddammit! I believe that dogs' evolutionary purpose is to provide companionship. Animals offer the best unconditional love."

"Dogs are the best: This is my religion."

Compiled by Bill Dunn; photo via Shutterstock by Lev Radin 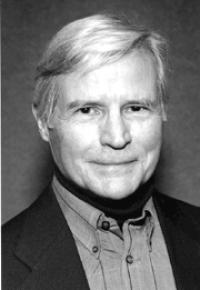 On this date in 1926, Philip Dean Appleman was born in Kendallville, Ind. Appleman, a Distinguished Professor Emeritus at Indiana University, is considered the "Poet Laureate of Humanism and Freethought" and has nine published volumes of poetry. One of his most notable volumes is New and Selected Poems, 1956-1996, which includes his powerful freethought poetry from the acclaimed Let There Be Light: Poems.

Appleman, a Darwin scholar and aficionado, is the editor of the impressive and widely-used Norton Critical Edition, Darwin, and the Norton Critical Edition of Malthus' Essay on Population. Appleman's poetry and fiction have won many awards, including a fellowship in poetry from the National Endowment for the Arts, the Humanist Arts Award from the American Humanist Association, the Friend of Darwin Award from the National Center for Science Education, and the Castagnola Award from the Poetry Society of America.

O Karma, Dharma, pudding and pie,
gimme a break before I die:
grant me wisdom, will, & wit,
purity, probity, pluck, & grit.
Trustworthy, helpful, friendly, kind,
gimme great abs and a steel-trap mind,
and forgive, Ye Gods, some humble advice —
these little blessings would suffice
to beget an earthly paradise:
make the bad people good —
and the good people nice;
and before our world goes over the brink,
teach the believers how to think.

Last-Minute Message for a Time Capsule

I have to tell you this, whoever you are:
that on one summer morning here, the ocean
pounded in on tumbledown breakers,
a south wind, bustling along the shore,
whipped the froth into little rainbows,
and a reckless gull swept down the beach
as if to fly were everything it needed.
I thought of your hovering saucers,
looking for clues, and I wanted to write this down,
so it wouldn't be lost forever —
that once upon a time we had
meadows here, and astonishing things,
swans and frogs and luna moths
and blue skies that could stagger your heart.
We could have had them still,
and welcomed you to earth, but
we also had the righteous ones
who worshipped the True Faith, and Holy War.
When you go home to your shining galaxy,
say that what you learned
from this dead and barren place is
to beware the righteous ones.