There are 4 entries for this date: William Shakespeare , Peter Watson , Sergei Prokofiev and J.M.W. Turner 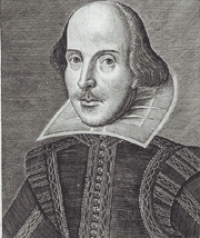 On this date in 1564, William Shakespeare was born in Stratford-upon-Avon, Warwickshire, England. The master playwright was eulogized by 19th-century agnostic orator Robert Green Ingersoll. In one of his famous lectures, Ingersoll said that when he read Shakespeare, "I beheld a new heaven and a new earth." (The Works of Robert G. Ingersoll, Interviews, Vol. IV.) "Think of the different influence on men between reading Deuteronomy and 'Hamlet' and 'King Lear.' ... The church teaches obedience. The man who reads Shakespeare has his intellectual horizon enlarged," said Ingersoll in Vol. VIII.

No one knows Shakespeare's personal religious views, although he certainly was not orthodox. He was born under the rule of Elizabeth I, who was Protestant and outlawed Catholicism, and was succeeded by James I, who continued Elizabeth's policies despite his mother Mary Stuart's Catholicism. Shakespeare's parents were likely covert Catholics. His father John was close friends with William Catesby, father of the head conspirator in the Catholic "gunpowder plot" to blow the Protestant monarchy of James I to smithereens in November 1605.

Shakespeare put many different types of sentiments into the mouths of his characters. The bard's philosophy seems most succinctly described in the famous "Seven Ages of Man" speech from "As You Like It," which begins: "All the world's a stage / And all the men and women merely players: / They have their exits and their entrances ..." ending with "mere oblivion. / Sans teeth, sans eyes, sans taste, sans everything."

In "King Lear," the Duke of Gloucester laments in Act 4, Scene 1, "As flies to wanton boys, are we to the gods; they kill us for their sport." Victorian poet, playwright and novelist Algernon Swinburne put it this way: “Shakespeare was in the genuine sense — that is, in the best and highest and widest meaning of the word, a Freethinker.” D. 1616.

“In religion, what damned error, but some sober brow will bless it and approve it with a text, hiding the grossness with fair ornament?” 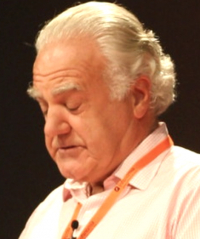 On this date in 1943, Peter Frank Patrick Watson was born in Birmingham, England. An intellectual historian and investigative journalist, he was educated at the universities of Durham, London and Rome, later living in the U.S. He has written for The Observer, The New York Times, Punch and The Spectator and is the author of fiction, as well as many books on art history, biography, psychology and true crime. Between 1997 and 2007, he was a research associate at the Illicit Antiquities Research Centre at Cambridge University.

In Ideas: A History of Thought and Invention, Watson seeks a new way to tell the history of the world from prehistory to modern day, asserting that human knowledge is divided into two realms: inward (philosophy and religion) and outward (observation and science). His stance supports the latter. Twins: An Uncanny Relationship? (1982), explores behavior patterns shared by identical twins, "to offer a rational alternative to mumbo jumbo for explaining many of the coincidences reported in twin studies, " according to a Los Angeles Times review.

"A few saints and a little charity don't make up for all the harm religion has done over the ages," he said on CBC News, May 5, 2007. When asked about the good that religion has done in the world in an interview by The New York Times Magazine (Dec. 11, 2005), Watson replied: "I lead a perfectly healthy, satisfactory life without being religious. And I think more people should try it."

“Religion has kept civilization back for hundreds of years, and the biggest mistake in the history of civilization, is ethical monotheism, the concept of the one God. Let's get rid of it and be rational.” 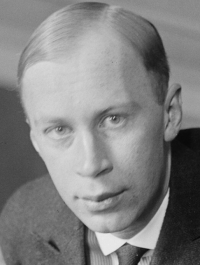 On this date in 1891, one of the 20th century's most popular composers, Sergei Sergeyevich Prokofiev, was born in Sontsovka in what is now Ukraine. Prokofiev composed works in many genres, including the opera "War and Peace," the ballet "Romeo and Juliet," the children's piece "Peter and the Wolf," for which he is best known in the West, and the score for the film "Alexander Nevsky" (1938).

Prokofiev was not raised in a religious household and never used an explicitly religious setting. His opera "The Fiery Angel" addressed religious themes but is not complimentary to organized religion. Some of his early works such as the "Scythian Suite" were inspired by Russian folklore and paganism. Prokofiev showed a talent for piano and composition at a very young age and was encouraged in this by his mother, who also took him to musical performances. In 1904 he and his mother moved to St. Petersburg, where he studied at the St. Petersburg Conservatory for 10 years.

Following the Revolution, Prokofiev spent most of his time outside of the Soviet Union, only returning occasionally and never formally accepting Soviet citizenship. He married the Spanish singer Lina Llubera in 1923, and they moved to Paris. They had two sons together. In the spring of 1936, when commissions were hard to come by from Western patrons, Prokofiev moved to Moscow along with his family.

After this time, he only left the USSR once, on a tour of America. He married Mira Mendelson in 1948 after leaving Lina in 1941. Prokofiev survived the purges but the tensions and times took a toll on his health. He had gradually fallen out of favor with Stalin and had few friends at the time of his death on March 5, 1953, having outlived Stalin by perhaps a few minutes. Because of the period of mourning for Stalin, Prokofiev's funeral was small and news of his death was not widely reported.

“At home we didn't talk about religion. So, gradually the question faded away by itself and disappeared from the agenda. When I was nineteen, my father died; my response to his death was atheistic.” 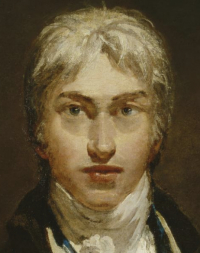 On this date in 1775, Joseph Mallord William Turner was born in London.  A precocious artist, he was 15 when one of his paintings was exhibited at the Royal Academy, a great honor.

He became a highly successful painter who traveled widely and innovated his own light-filled technique. His brilliant paintings, notably of seascapes or ambitious, romantic visions of nature, anticipated impressionism. The critic John Ruskin called him "the father of modern art." When Turner died, he left all of his paintings to Great Britain and his fortune to found a place for what he called "decaying artists."

According to Joseph McCabe's A Biographical Dictionary of Modern Rationalists (1920), Ruskin often referred to Turner as "an infidel." P.G. Hamerton in The Life of J.M.W. Turner (1879) wrote that the painter "did not profess to be a member of any visible Church."

Franny Moyle, author of Turner: The Extraordinary Life and Momentous Times of J.M.W. Turner (2016), said in a 2017 interview with the History News Network: "My personal hunch is that he may well have been a Deist. Much of his work resounds with Deism that was popular in London in the 1790s and was espoused by those who opposed organized religion and considered instead that nature provided the necessary and sufficient means to experience God."

Turner never married but had two long-term relationships with women and fathered two daughters by one of them, Sarah Danby. He died of cholera at age 76 in 1851.

"As a child he was sent to a Methodist school in Margate, but as a young man there are accounts of him eschewing church in favor of continuing to sketch."