There are 4 entries for this date: Abner Kneeland , Elihu Palmer , Marjory Stoneman Douglas and Jack Lawrence 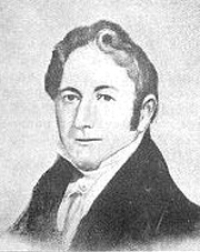 On this date in 1774, Abner Kneeland was born in Massachusetts to a Congregationalist family. As a founding member of the Universalists, he served as a minister from 1804-29. When freethinker Frances Wright embarked on her famous lecture tour, becoming the first woman to speak in public in the U.S., New York City halls were closed to her. Kneeland invited her to speak from the pulpit of his Second Universalist Society in 1829, consequently lost his position and was later disfellowshipped by the church.

Kneeland's lectures against Christianity in August 1829 were published as A Review of the Evidences of Christianity. He founded a group of freethinking New Yorkers, which met in Tammany Hall for a decade. Kneeland's Rationalism of the Enlightenment made him a leading proponent of universal public education and the Workingmen Party.

Moving to Boston in 1830, Kneeland founded the Boston Investigator, the oldest 19th-century freethought newspaper in the U.S. His Sunday lectures to the First Society of Free Enquirers attracted crowds and the attention of influential critics. He was charged with blasphemy in 1834 for saying he did not believe in God, undergoing three trials. The prosecuting attorney for the Commonwealth of Massachusetts told the jury that if Kneeland was not punished, "marriages [will be] dissolved, prostitution made easy and safe, moral and religious restraints removed, property invaded, and the foundations of society broken up, and property made common."

His appeal to the state Supreme Court ended with a split verdict of guilty in 1838 and he served a 60-day sentence. He moved to Iowa Territory, co-founding a freethinking settlement known as Salubria (near present-day Farmington) and becoming chair of the Van Buren County Democratic convention in 1842. An anti-infidel opposition party burned Kneeland in effigy and defeated his ticket, which was known by missionaries as "Kneelandism."

His versatile writings included a popular spelling reader, an annotated New Testament, an edition of Voltaire's Philosophical Dictionary, and the two-volume The Deist (1829). D. 1844.

"Universalists believe in a god which I do not; but believe that their god, with all his moral attributes, (aside from nature itself,) is nothing more than a chimera of their own imagination." 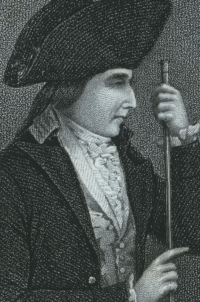 On this date in 1764, Elihu Palmer was born in Canterbury, Conn. Palmer graduated from Dartmouth in 1787, read theology and proved to be an unpopular minister in Presbyterian and Baptist congregations, where he spoke as a deist against the divinity of Jesus Christ. He switched to law and was admitted to the bar in Philadelphia in 1793. Yellow fever had killed his young wife and blinded Palmer.

He was invited to found the Deistical Society of New York, and lectured widely on the East Coast. He wrote orations, opinion pieces and the book Principles of Nature; or, A Development of the Moral Causes of Happiness and Misery Among the Human Species (c. 1801), in which he wrote that "the world is infinitely worse" for following Jesus.

Palmer also founded Prospect, a journal that was published from 1803-05. Unlike many deists, Palmer argued that the flawed teachings of Jesus were responsible for Christianity's sordid history. According to Roderick C. French's entry in Encyclopedia of Unbelief, Palmer wrote that he preferred "the correct, the elegant, the useful maxims of Confucius, Antoninus, Seneca, Price and Volney."

When Thomas Paine was universally ostracized for writing The Age of Reason, Palmer and his second wife, who nursed Paine, remained steadfast friends. Palmer was only 42 when he died during a speaking tour. D. 1806.

“Another important doctrine of the Christian religion, is the atonement supposed to have been made by the death and sufferings of the pretended Saviour of the world; and this is grounded upon principles as regardless of justice as the doctrine of original sin. It exhibits a spectacle truly distressing to the feelings of the benevolent mind, it calls innocence and virtue into a scene of suffering, and reputed guilt, in order to destroy the injurious effects of real vice.” 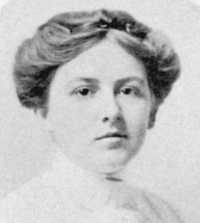 On this date in 1890, Marjory Stoneman Douglas, who became one of the greatest environmental writers and activists of the 20th century, was born in Minneapolis, the only child of Frank Stoneman and Florence (Trefethen) Douglas. Her parents separated when she was 6 and she had an unsettled upbringing, with her mother suffering from mental illness. Her upbringing, she wrote in her 1987 autobiography, contributed to her becoming "a skeptic and a dissenter." After graduating from Wellesley College in 1912 (her mother died when she was a senior), Douglas served in Europe during World War I with the American Red Cross.

She became an early feminist and vigorous civil rights activist. In 1916 she and others lobbied Florida legislators for women’s suffrage. She had moved to Florida and married Kenneth Douglas in 1914, a much older man who was later revealed to be a bigamist and con artist. She went to work for her father in 1915 at the paper that became the Miami Herald. From 1920 to 1990, Douglas published 109 fiction articles and stories.

She dedicated five years to her groundbreaking book The Everglades: River of Grass (1947). The book forever changed the way that Americans viewed wetlands and the relationship between Floridians and the Everglades. It was a best-seller and battle anthem for preservationists. She founded Friends of the Everglades in the 1960s and led the group for three decades. In 1993 she was awarded the Presidential Medal of Freedom by President Bill Clinton. She was inducted into the National Wildlife Federation Hall of Fame in 1999 and the National Women’s Hall of Fame in 2000.

Although Douglas grew up in a religious household, she called herself an agnostic. In her autobiography she wrote, “The soul is a fiction of mankind, because mankind hates the idea of death. It wants to think that something goes on after. I don’t think that it does, and I don’t think we have souls. I think death is the end. A lot of people can’t bear that idea, but I find it a little restful, really.”

"I believe that life should be lived so vividly and so intensely that thoughts of another life, or of a longer life, are not necessary." 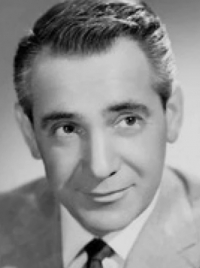 On this date in 1912, songwriter Jack Lawrence (né Jacob Louis Schwartz) was born in Brooklyn, N.Y., the third of four sons of Jewish parents Fruma (Goldman) and Beryl Cherniafsky, first cousins who emigrated from Ukraine in 1902. After graduating from Thomas Jefferson High School, he enrolled in the First Institute of Podiatry (now the New York College of Podiatric Medicine), due mostly to parental pressure and earned a doctoral degree in 1932, the same year his first song ("Play, Fiddle, Play") was published.

Publication of his song "convinced him that his career could rise higher than the human foot." (New York Times, March 18, 2009) He joined ASCAP, the American Society of Composers, Authors and Publishers, at age 20. Primarily a lyricist, he would on occasion compose and vocalize. Many of his songs became American standards and he was inducted into the Songwriters Hall of Fame in 1975.

At times in the 1930s, he toured the eastern seaboard with Songwriters on Parade, a revue featuring various line-ups of tunesmiths. He served in the Coast Guard and Merchant Marine during World War II. Hollywood beckoned after the war. He wrote songs for a number of movies, including "Hold My Hand," featured in "Susan Slept Here." It was nominated for the 1954 Best Song Oscar.

"If I Didn’t Care,” for which he wrote lyrics and music, in 1939 became the Ink Spots’ first recording to hit the U.S. pop charts and went on to sell over 19 million copies. Much later it played over the opening credits in the 1994 film "The Shawshank Redemption." "All or Nothing at All,” with Arthur Altman, topped the charts in 1943 for Frank Sinatra, accompanied by the Harry James Orchestra.

Lawrence wrote “Linda” for his lawyer Lee Eastman’s daughter, who would marry Paul McCartney in 1969. It was a 1947 hit for Buddy Clark. Other highlights from the Lawrence oeuvre include "Tenderly" (1947), which became a hit for Sarah Vaughan, Nat King Cole, Rosemary Clooney and pianist Art Tatum, “Sunrise Serenade” for Glenn Miller, “Sleepy Lagoon” for Harry James and The Platters and numerous others.

He was the longtime intimate companion of Walter David Myden, a psychologist and social worker, whose death in 1975 of a heart attack hit Lawrence hard. He then met Richard Debnam, who had  retired as a Broadway dancer (“Seventeen” and “Damn Yankees”) and an Ice Follies performer.

In 1979 in his mid-60s, he adopted Debnam, 20 years his junior. Before same-sex marriage became legal, it was not uncommon for gay couples to pursue adoption as a legal protection for inheritance and other purposes. They bought two theaters in New York City and co-produced the critically acclaimed Broadway revue “Lena Horne: The Lady and Her Music” in 1981.

Lawrence's 2004 memoir They All Sang My Songs is dedicated: “For Richard, who helped me through the night.” He scoffed in that memoir at Jewish pride in seeing themselves as God's Chosen People. "Chosen for what? Five thousand years of persecution, diaspora, holocaust, and anti-Semitism?" He berated Hasidic and Southern Baptist bigots, Muslim suicide bombers and religions which assign women second-class status.

"Religion through the centuries has always been divisive, has always resulted in blood wars, has always pitted sects against each other," Lawrence wrote. "I believe in being part of my little world, my community, of giving back some of what the world has blessed me with." Then he mentioned helping rebuild his local Mark Twain Library, expanding the hospital in Danbury, Conn., and acquiring open acreage for a land trust. "I believe all of that is my religion."

Lawrence fractured his pelvis in a fall at home in West Redding, Conn., and died at age 96 of renal failure and complications from the fall. He was collaborating on a new song with Quincy Jones titled "Nostalgia" at the time. (D. 2009)

"When I am asked what religion I am, I don't hesitate to answer. I don't believe in religion."