There are 2 entries for this date: Eric Idle and Ludwig Buchner 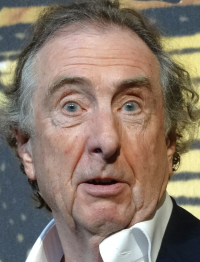 On this date in 1943, Eric Idle was born in County Durham, England: “By odd coincidence, I was born on my birthday,” he quips in his memoir, Always Look on the Bright Side of Life (2018). His father died in World War II and his mother sent him away to school when he was 5. When he was 7, she placed him in the Royal School Wolverhampton, previously known as the Royal Orphanage. He was there until he “managed to escape” at age 19: “It was a physically abusive, bullying, harsh environment for a kid.”

Accepted by Cambridge University, he discovered comedy. He was president of Footlights Revue and graduated in 1965. He worked in several television comedies, including "The Frost Report." He wrote, directed and created “The Rutles,” the first mockumentary. He teamed up with Michael Palin, Terry Jones, Terry Gilliam, Graham Chapman and John Cleese for the enduring TV classic, "Monty Python's Flying Circus" (1969-74).

The cast produced several irreverent movies, with Idle a driving force, including "Monty Python and the Holy Grail" (1975), which spoofed religion and the Crusades. "Monty Python’s The Life of Brian" (1979) depicts what happens after Brian (played by Chapman) is born on Christmas in a stable next to Jesus' and spends his life getting mistaken for a messiah. In his memoir, Idle recounts how difficult it was to get studio backing for “The Life of Brian.” His friend George Harrison saved the day by mortgaging his mansion to pay for the entire $4.5 million budget: “It’s still the most anyone has ever paid for a cinema ticket,” he quipped. The film memorably ends with the victims of crucifixion singing Idle's song "Always Look on the Bright Side of Life." Idle writes, “The song was supposed to be ironic, but it ended up being iconic."

"The Meaning of Life" (1983) contains Idle's other signature "Galaxy Song," reminding humans of their insignificance and drawing on Idle’s interest in science. Idle has appeared in many other comedies, including "Nuns on the Run" (1990) and frequently tours the country with his revues. He also wrote the Tony Award-winning musical “Spamalot” (2005). He recruited his surviving fellow Pythons to a memorable reunion in 2014. One of the final shows, which was streamed live globally, included a skit in which his scientist friend Brian Cox nitpicks at some of the dated lyrics in the “Galaxy Song,” ending when Stephen Hawking appears to run over Cox with his wheelchair.

In his memoir he terms himself an “old agnostic” and writes, "Dust to dust is about right. We dissipate into the carbon atoms we came from; technically, reincarnation is sort of correct, we get reassembled into other things.” He has suggested he’d like his tombstone to say: “I’d like a second opinion.” Idle married actor Lyn Ashley in 1969. They have a son, Carey. After divorcing in 1975, he married former model Tania Kosevich in 1981. They have a daughter, Lily.

The Lord God Made Them All

All things dull and ugly
All creatures short and squat
All things rude and nasty
The Lord God made the lot.

All things sick and cancerous
All evil great and small,
All things foul and dangerous
The Lord God made them all.

All things scabbed and ulcerous
All pox both great and small
Putrid, foul and gangrenous
The Lord God made them all.

“O Lord, please don't burn us.
Don't grill or toast your flock.
Don't put us on the barbecue
Or simmer us in stock.
Don't braise or bake or boil us
Or stir-fry us in a wok

Oh, please don't lightly poach us
Or baste us with hot fat.
Don't fricassee or roast us
Or boil us in a vat,
And please don't stick thy servants, Lord,
In a Rotissomat” 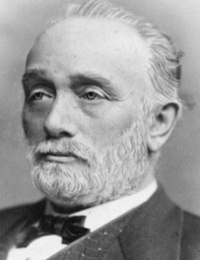 On this date in 1824, German physician and philosopher Friedrich Karl Christian Ludwig Buchner was born in Darmstadt, Germany. His father was a physician. Two of his five siblings, writer and playwright Georg and literary historian Alexander, were also freethinkers. His other siblings were Mathilde, the novelist Louise and Wilhelm, a factory owner and parliamentarian. He was educated at the Universities of Giessen, Strassburg, Wurzburg and Vienna. After earning his medical doctorate with honors from Gissen in 1848, he taught medicine at Tubingen University. In 1855 he published his most famous work, Kraft und Two ofStoff (Force and Matter).

This book, because of its scientific, atheistic and rationalist ideas, caused his dismissal at Tubingen, and thus he began practicing medicine in Darmstadt. Force and Matter "made a bold attempt at transforming the then prevailing theory of the world which was based on theological philosophy, and adapting it to the requirements of modern science." (Preface to Force and Matter, 1855.)

"[Buchner's] philosophic and scientific writings entitle him to a foremost place in the gallery of great men who have led the human race out of the bondhouse of superstition to the promised land of reason." (George Seibel in "Thomas Paine in Germany," from The Open Court, Vol. 34, January 1920.) D. 1899.

"If God is in us all and is the soul of the world, then he must directly partake of all our wickedness and imperfections. ... In one man he does good, while in another he works evil and contends against his own laws. ... But enough of all this nonsense!"