There are 3 entries for this date: Maya Rudolph , Helen Taylor and Norman Lear 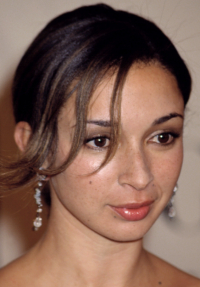 On this date in 1972, entertainer Maya Khabira Rudolph was born in Gainesville, Fla., to composer-producer Richard Rudolph, a secular Ashkenazi Jew, and African-American singer-songwriter Minnie Riperton. Her great-grandfather had changed the family name from Rudashevsky and was a founding member of a Conservative synagogue in Pittsburgh, Pa.

Riperton died of breast cancer at age 31 when Rudolph was 7 and her dad became her primary caretaker. In Riperton's song "Lovin' You," which topped the Billboard 100 in 1975, she sings "Maya" over and over near the end. Rudolph called her parents "hippies" and her agnostic dad a "pretty adorable Jew" in a New York Times Magazine profile (Sept. 14, 2018). "The family was committedly unreligious," according to the article.

Rudolph attended the University of California-Santa Cruz and received a B.A. in photography from Porter College in 1995. She was a recurring cast member who often made use of her vocal talent on “Saturday Night Live” from 2000 to 2007 after a stint as a member of The Groundlings improvisational group. She was the fourth black woman to join the cast since the show’s 1975 debut and made numerous "SNL" guest appearances after leaving the show.

PHOTO: Rudolph, 29, at the VH1/Vogue Fashion Awards in New York in 2001; photo via Shutterstock by Everett Collection

“I remember my mom not even saying ‘God bless you.’ She’d say, ‘Guhbless you’ because she didn’t want us to say ‘God.’ ” 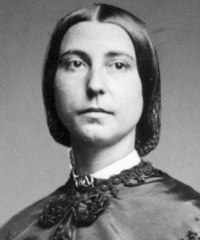 On this date in 1831, Helen Taylor was born in England. Her mother married John Stuart Mill in 1851. When her mother died seven years later, she took care of her esteemed stepfather and assisted Mill in writing his landmark Subjection of Women (1869). After his death in 1873, Taylor edited his Autobiography and Essays on Religion (1874). She was elected to the London School Board three times between 1876 and 1882 and championed disadvantaged children.

She agitated for abolition of school fees and for subsidized school meals and worked to stop abuses at industrial schools. In 1881 she joined the Social Democratic Federation, known as Britain’s first organized socialist political party. Taylor, a strong feminist and suffragist, attempted to run for Parliament in 1885 but her nomination papers were refused. (D. 1907)

“Religion should be taught by ministers of religion or by volunteer teachers, such as teachers of Sunday schools, and … the school master ought not to undertake the work of the clergyman, least of all when we have a church, the richest in the world, magnificently endowed to do its own work.” 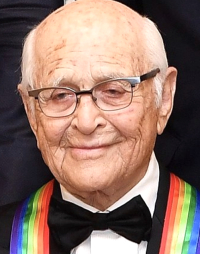 On this date in 1922, Norman Milton Lear — television producer, author and political activist — was born in New Haven, Conn., to Jewish parents: Jeanette (née Seicol) and Hyman "Herman" Lear, a traveling salesman. His mother emigrated from Ukraine. Lear had a bar mitzvah, but for the most part, the family was nonobservant religiously.

His father went to prison for securities fraud when Lear was 9. Lear later called him a "rascal" and said he inspired the character of Archie Bunker on "All in the Family" (1971-79). He dropped out of Emerson College in Boston in 1942 to join the U.S. Army's air force branch and fly 52 combat missions as a radio operator/gunner on B-17 Flying Fortress bombers.

He married Charlotte Rosen, the first of his three wives, who bore him six children, in 1943. (His five daughters ranged in age from 21 to 68 in 2017.) After the war, they moved to California, where Lear worked in public relations, sold home furnishings door to door and got his foot in the entertainment door in the early 1950s as a writer for TV shows.

He created his first TV series, "The Deputy," which starred Henry Fonda and aired in 1959-61. He wrote, produced and directed films before creating CBS' "All in the Family," which brought him to the forefront of prime time fame, following up with "Sanford and Son," "Maude," "The Jeffersons," "One Day at a Time," "Good Times" and "Mary Hartman, Mary Hartman."

Fed up with the extreme conservative domination of the nation's Christian landscape, he launched People for the American Way in 1980. "What [PFAW] did was help with the understanding that among the evangelical Christian community, everybody was not represented by the likes of Pat Robertson or Jimmy Swaggart or Jerry Falwell, that the movement was much wider than that," Lear said. "But it also recognized people of every other faith and people of no faith."(Interview, U.S. News & World Report, Feb. 10, 2009)

Asked in a 2014 interview what he meant by calling himself "a total Jew," Lear replied: "Well, I had to have been talking culturally, because I’ve never been religious. But I am a total Jew. I don’t like prayer, per se. I like gratitude. So I don’t care where the prayers are coming from, and I don’t disapprove. Just keep them out of my face, and keep them out of the public square." (Jewish Journal, Dec. 17, 2014)

The New York Times noted his 100th birthday by publishing his essay in which he compared divisions in the nation in the 2020s as similar to ones faced by Archie Bunker: "For all his faults, Archie loved his country and he loved his family, even when they called him out on his ignorance and bigotries. If Archie had been around 50 years later, he probably would have watched Fox News. He probably would have been a Trump voter. But I think that the sight of the American flag being used to attack Capitol Police would have sickened him."

Years ago he recommended having a national "conversation about how we can’t have this anymore. We’ve been killing ourselves, and each other, in the name of God more than anything else. That’s got to stop at some point." (Jewish Journal, Dec. 17, 2014)

What's gotten short shrift, he said, is embracing our common humanity. "My bumper sticker reads 'Just Another Version Of You,' and I believe it. America’s forgotten that and thinks it’s God’s chosen and it behaves that way too often." (Deadline.com, Oct. 5, 2014)

Lear was among the first seven pioneers inducted into the Television Academy Hall of Fame in 1984. He has received five Emmy Awards, two Peabody Awards, the 1977 Humanist Arts Award from the American Humanist Association and a star on the Hollywood Walk of Fame. ABC aired “Norman Lear: 100 Years of Music and Laughter” in September 2022, a two-hour special celebrating his 100th birthday. Scores of stars took part, including Kristen Bell, who sang and praised him as "a stellar human being."

"Without the separation of church and state, free, spirited public debate is impossible.  The mutual respect that is essential to democratic debate is lost when a president's opinions on public policy are used as some sort of perverse test of a citizen's standing with the Almighty."

—Lear letter to President Ronald Reagan, asking him to "not use the office of the presidency as Evangelist in Chief or to further the notion that any particular group of Americans is to be accorded special standing because it practices any religion." (Harper’s magazine, October 1984)