There are 3 entries for this date: Henry Fonda , Brian Eno and Louis "Studs" Terkel 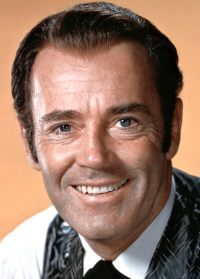 On this date in 1905, actor Henry Jaynes Fonda, the oldest of three children, was born in Grand Island, Neb., to William Brace Fonda and Herberta Krueger Jaynes. Although raised as a Christian Scientist, according to his biography, Fonda: My Life, written by Howard Teichmann in collaboration with Fonda, "[Fonda] claims to be an agnostic. Not an atheist but a doubter." "My father was an agnostic," wrote Jane Fonda in her autobiography, My Life So Far (2005).

Although he studied journalism in college, Fonda quit school and worked briefly in sales. At 20, Fonda started acting at the Omaha Community Playhouse. Between 1926 to 1934 he was in a myriad of theatrical productions before finally making his Hollywood debut in 1935, where his career took off. Fonda was nominated for an Academy Award for his performance in "The Grapes of Wrath" (1941). He won a Tony Award for his part as a junior officer in "Mister Roberts" (1948).

In 1957 he acted in and produced "12 Angry Men," for which he shared the Academy Award and Golden Globe nominations with co-producer Reginald Rose, also winning the BAFTA Award for Best Actor for that film. Fonda was nominated for an Emmy for the TV movie adaptation of John Steinbeck's novel, "The Red Pony" (1973). Returning to Broadway in 1974, he was nominated for a Tony Award for his riveting performance in the one-man show "Clarence Darrow."

Although failing in health, Fonda continued acting in both TV and film, winning the Cecile B. DeMille Award for Lifetime Achievement on 1980. In 1981, he received a Lifetime Achievement Award from the Academy, as well as Best Actor for his performance in "On Golden Pond." He also picked up the Golden Globe award for Best Motion Picture Actor for that movie. Making more than 100 films during his lifetime, Fonda was best known for his roles as the plain-speaking idealist. He was the father of three children, Jane and Peter Fonda, and their younger sister, Amy, and was the grandfather of actress Bridget Fonda. D. 1982

PHOTO: Fonda in a 1959 studio publicity shot for the movie "Warlock."

"There had never been any renunciation of religion on my part, but like so many people, it was a gradual fading away." 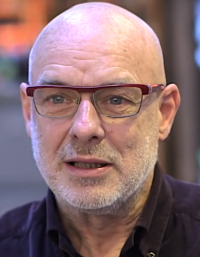 On this date in 1948, Brian Peter George Eno was born in Woodbridge, England, and grew up in rural Suffolk. He graduated from the Winchester School of Art in 1969, where he studied painting. Eno felt that his work was influenced by avant-garde music, but did not go into music because he didn't play an instrument.

He did work with sound by using cassette tapes and synthesizers, and in 1971 he joined the group Roxy Music, where he manipulated sound and sang backup. Eno's on-stage garb in the early portion of his career was influential on the growing glam rock scene. After Eno left Roxy, he went on to record several solo albums.

In 1975 he developed the idea of ambient music, which was designed to blend with the surroundings. Eno has worked as a producer on many albums, including several albums for both U2 and Coldplay and one collaboration with Paul Simon. He also works with generative music, or music that is created according to a rule, for example a computer program.

His 2006 work "77 Million Paintings" combined generative music with generative video for a viewing experience that will be different every time. Eno created the score for Peter Jackson's 2009 film "The Lovely Bones." He continues to compose and record imaginative music as of this writing in 2019. Eno's "Reflection" (2017), an album of ambient, generative music, was nominated for a Grammy at 2018's 60th Grammy Awards ceremony.

Eno referred to himself in a 2007 BBC interview about "77 Million Paintings" as "kind of an evangelical atheist, actually." In an interview with FACT magazine (Aug. 4, 2012), he compared his work to religion: “Religion gives people a chance to surrender. And I think part of what happens to people when they come into one of my shows is that they practise this feeling of surrendering."

In 1967 at age 18 he married Sarah Grenville and they had a daughter that year. After divorcing he married his manager Anthea Norman-Taylor in 1988. They have two daughters, Irial and Darla. 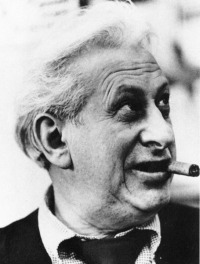 On this date in 1912, Louis Terkel was born in the Bronx, N.Y., the third son of Samuel Terkel, a tailor, and the former Anna Finkel, an emigrant from Bialystok, Poland. A spirited man, he called himself an agnostic. Life was about life, not looking ahead to death, said Terkel, who spent most of his 96 years on Earth in Chicago.

As an actor in the theater he took the name Studs, after James T. Farrell's fictional Studs Lonigan. He earned degrees in law and philosophy, was part of the Federal Writers' Project and worked in radio drama and scriptwriting. He created his own radio show in 1945, a blend of music, interviews and commentary.

"Studs' Place," his first TV show, went on the air in 1950 but was soon canceled due to NBC's nervousness about Terkel's left-wing politics. He was back on the radio before long at WFMT, where his on-air career flourished for decades. He interviewed Bertrand Russell in Wales in 1962 when Russell was 90. "In the course of nature, I will soon die," Russell told him. "My young friends have the right to many fruitful years. Let them call me fanatic."

Division Street: America (1966) was Terkel's first best-seller and became the blueprint for other literary oral histories like Hard Times, Working, The Good War, Race and Coming of Age. All told he wrote 18 books. The last (in 2008) was P.S. Further Thoughts From a Lifetime of Listening. Terkel told AARP magazine, "I think we're capable of extraordinary things, human beings. I call that God-like." (March/April 2006) D. 2008.

“TIPPETT: So, you know, one thing that is very striking that I didn't expect is that this book, your book about death, it's really a very religious book.
TERKEL: Religious book?
TIPPETT: Yes. I mean, there's a lot of religion in it, all the way through it. I mean, did you know that, that those themes would be so prominent when you started it?
TERKEL: Well, I knew religion would play a role when I — to be fair, I happen to be an agnostic. You know what an agnostic is, don't you?
TIPPETT: Oh, yeah.
TERKEL: A cowardly atheist. And I'm an agnostic. ... You asked about the afterlife. Well, I can't take bets on it. Who's going to take my bet, you know? I, myself, don't believe in any afterlife. I do believe in this life, and what you do in this life is what it's all about.”