On this date in 1983, writer, actor, rapper and comedian Donald McKinley Glover was born at Edwards Air Force Base in California. His mother, Beverly, was a babysitter. His father was a postal worker. He had two siblings and several foster siblings, who grew up together in Stone Mountain, Ga. Glover graduated from New York University with a degree in dramatic writing in 2006. Immediately after graduating, he began writing for the NBC comedy “30 Rock,” for which he received a Writer’s Guild nomination in 2009. However, Glover is best known for playing Troy, the “jock” in a community college study group on the comedy series “Community.”

In addition to writing and acting, Glover performs stand-up comedy and recorded a special for Comedy Central in 2010. He also raps and has released several albums and EPs under the stage name Childish Gambino. His 2014 album “Because the Internet” was nominated for a Grammy for Best Rap Album. He was also nominated for best rap performance for the single “3005.”

Although he was raised a Jehovah’s Witness, Glover has distanced himself from his faith. In the song “Won’t Stop,” Glover refers to himself as an “airport atheist.”

“I think everybody kind of hits that point where they say, ‘Okay, am I doing this out of tradition? Do I actually believe this?’ ” 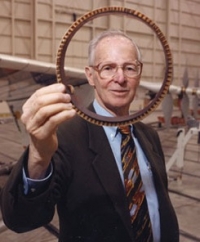 On this date in 1925, Paul B. MacCready Jr. was born in New Haven, Conn. He was interested in flight from a young age, often building prize-winning model airplanes. MacCready earned his bachelor’s degree in physics from Yale in 1947, a master’s in physics from the California Institute of Technology in 1948 and a Ph.D. in aeronautics from Cal Tech in 1952. In college he built gliders and won the U.S. National Soaring Championships in 1948, 1949 and 1953, as well as becoming the first American to be named World Soaring Champion in 1956.

MacCready, known as the “father of human-powered flight,” developed the Gossamer Condor in 1977, an aircraft powered solely by the muscles of its pilot. His later human-powered Gossamer Albatross accomplished the feat of flying across the English Channel in 1979. His many other aircraft include the solar-powered Gossamer Penguin, built in 1980, and the human-powered Pathfinder Plus, which in 1998 flew to over 80,000 feet. He founded AeroVironment Inc., in 1971, a company which develops energy-efficient vehicles and services. His numerous awards include the Guggenheim Medal in 1987, NASA’s Public Service Grand Achievement Award and the Reed Aeronautical Award in 1979.

MacCready was an active humanist who identified himself as having nontheistic beliefs (according to “CSICOP and the Skeptics” by George Hansen, published in the Journal of the American Society for Psychical Research, January 1992). “[Humans are] a magnificent random experiment with no goal,” MacCready said. He believed that religion formerly served the purpose of providing “authority, ritual, belonging, tradition [and] mystery,” but that it had become obsolete. MacCready opposed creationism and built a replica of a pterodactyl that was able to fly for the National Air and Space Museum in 1984, partially as an attempt to change the views of creationists.

He was a Humanist Laureate of the Academy of Humanism, a fellow of the Committee for Skeptical Inquiry and a member of the International Academy of Humanists. (All quotations cited are from More With Less: Paul MacCready and the Dream of Efficient Flight by Paul Ciotti, 2003.) D. 2007.

"The scientific community has actually taken the offensive against creationist laws. There is some life in rationality, but I must admit the adversaries seem almost infinite." 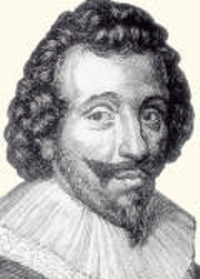 On this date in 1626, French poet Theophile de Viau (alternatively, Viaud) took his life, after being exiled from France for blasphemy. Born into a Huguenot family in 1591 in Clairac and educated at a Protestant college, Viau went to Paris at 20. Under the protection of Henri II, the duke of Montmorency, he wrote the tragedy "Pyrame et Thisbe" in 1615. It was performed theatrically, then printed in 1623.

Encyclopedias identify Viau as a freethinker known for his "unsparing use of sharp wit in epigrams on the church." He also had a reputation as a "libertine." He was accused of blasphemy and indecent writings in 1619 and banished from Paris. Friends in the south of France aided him and he was permitted to return to Paris the next year. Continuing "blasphemies" got him exiled again. He returned to France from England and began taking instruction in Catholicism. It is up to debate what his motives were. Regardless, a Jesuit priest published "The Curious Doctrine," a tract against Viau, in 1623. He was condemned to death in August 1623.

Fleeing for his life, Viau was intercepted at the border and imprisoned in the Conciergerie in Paris. He defended himself and was freed after his sentence was commuted to lifetime banishment. He took his own life. 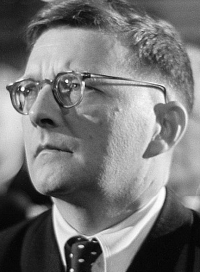 On this date in 1906, Dmitri Shostakovich was born in St. Petersburg, Russia, with a heritage of proud Siberian roots. His family initially welcomed Lenin and the revolution as a chance for real freedom and equality. Although he became privately disillusioned with the excesses of Stalin, Shostakovich had little choice but to "go through the motions," eventually joining the Communist Party and fulfilling many official functions as a representative of the government due to his celebrity status as a great composer. He didn't care about politics, except when he could use his connections to truly help people.

"For me there is no joy in life other than music," Shostakovich wrote to a friend. "All life for me is music." The prolific and tireless Shostakovich wrote nine operas and ballets, 37 film scores, 15 symphonies, hundreds of works for choral, solo, piano, concerti, incidental music, chamber and instrumental music. He is one of the most admired composers of the 20th century.

His Eighth Symphony (which he was forced to declare a "war symphony") was a celebration of life: "I can sum up the philosophical conception of my new work in three words: life is beautiful," he said during a 1943 interview. "Everything that is dark and gloomy will rot away, vanish, and the beautiful will triumph." (Shostakovich: A Life, 2000.) D. 1975.

"When asked if he believed in God, his reply was swift and firm: 'No, and I am very sorry about it.' " 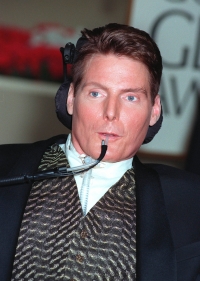 On this date in 1952, Christopher Reeve was born in New York, N.Y. His acting career had an early start at the McCarter Theatre in New Jersey when he was 9. Reeve graduated from Cornell University with a degree in music theory and English, and later attended the Juilliard School of Performing Arts. Reeve became a prolific theater actor, most notably performing in the Broadway play, "A Matter of Gravity" (1976), along with Katharine Hepburn.

Reeve appeared in numerous television shows such as “Smallville” and “Sesame Street” and he directed the film “In the Gloaming” (1997). He married Dana Morosini in 1992 and they had one son, William, born in 1992. Reeve also had two children with Gae Exton: Matthew, born in 1979, and Alexandra, born in 1983.

In 1995, he was paralyzed from the neck down after a horseback riding accident that injured his spinal cord. Following his paralysis, he became a disability activist who narrated the documentary "Without Pity: A Film About Abilities" (1996). Reeve was appointed Chairman of the American Paralysis Association in 1996, the same year that he and his wife founded the Christopher and Dana Reeve Foundation, which funds spinal cord research.

“It’s frightening to me, the organized religion,” Reeve told Charlie Rose in a 2002 interview when he spoke about his childhood fear of church and its images of a violent god. Reeve added, “My father was not religious at all, so I really did not bother with questions of faith and spirituality.” He became a Unitarian Universalist after his accident. He died at age 52 after an antibiotic for an infection sent him into cardiac arrest and a coma. (D. 2004)

“[F]amily, friends and well-wishers from around the world assured me that prayers and my faith in God would comfort me. I tried to pray but I didn't feel any better, nor did I make any kind of connection with God.”

—Reeve's memoir, "Nothing Is Impossible: Reflections On a New Life" (2002)