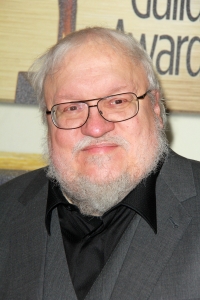 During the 1970s, Martin wrote part time, working also as a VISTA volunteer and as a chess director for the Continental Chess Association. In 1976 he became an English and journalism instructor at Clarke College in Iowa. Martin moved to Santa Fe in 1979 to pursue his writing passion, receiving Hugo Awards and Nebula Awards for his short fiction. Venturing into Hollywood, Martin took a position in 1986 as a story editor for “The Twilight Zone” at CBS and as executive story consultant for “Beauty and the Beast” in 1998, quickly moving up to co-supervising producer. During this period, Martin served as vice president of Science Fiction and Fantasy Writers of America.

In 1996, A Game of Thrones was published, Martin’s first installment of the epic fantasy series that would launch him to celebrity and become his magnum opus. A Feast for Crows (2005), the fourth novel in the series called A Song of Ice and Fire, became a New York Times No. 1 best-seller. The next installment, A Dance With Dragons (2011), stayed on the best-seller list for 88 weeks. That same year, the first book was adapted by HBO into the Emmy-winning hit series "Game of Thrones," of which Martin is the co-executive producer.

Exploring the inner turmoil of the human condition, and blurring the borders between right and wrong and good and evil, Martin’s novels are as stirring as they are thrilling. A man with a firm moral compass — he was a conscientious objector during the Vietnam War — Martin persuades readers to confront their beliefs, to question bedrock assumptions, often killing his darlings to the dismay of his fans. Martin was married to Gale Burnick (1975 to 1979) and in 2011 married Parris McBride.

“You would consider me an atheist or agnostic. I find religion and spirituality fascinating. I would like to believe this isn’t the end and there’s something more, but I can’t convince the rational part of me that that makes any sense whatsoever.” 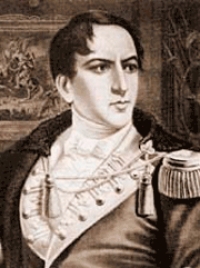 On this date in 1803, Robert Emmet, the Irish patriot and infidel, was hanged. Born in 1778 to a Protestant family, he attended Trinity College in Dublin, until he joined the United Irishmen. He fled to France in 1800 after the Irish Rebellion of 1798 was crushed. There Emmet became a Deist and met Napoleon and Talleyrand. For organizing an aborted uprising against the British upon his return to Ireland in 1803, Emmet was condemned to death. Refusing the offer of a cleric's ministrations on the way to his execution, Emmet told him, "I appreciate your motives, and I thank you for your kindness, but you merely disturb the last moments of a dying man unnecessarily. I am an infidel from conviction, and no reasoning can shake my unbelief." (Source: History of the Irish Rebellion in 1798 by William Hamilton Maxwell, 1845.) 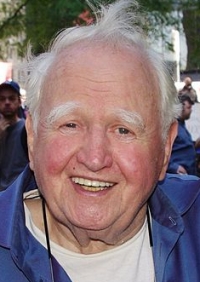 On this date in 1931, actor-writer Malachy Gerard McCourt was born in Brooklyn, N.Y., one of seven children born to Irish immigrants Malachy and Angela (Sheehan) McCourt. The family moved back to Ireland during the Great Depression, with the children growing up in poverty due to their father's frequent absence and alcoholism — a disease his namesake would later fall prey but not succumb to — and their mother's subsequent depressed state. At age 20, McCourt returned to New York.

After an Air Force hitch, he worked as a laborer, dishwasher, longshoreman and concrete inspector for the New Jersey Turnpike. He started the first singles bar in Manhattan, then began a tumultuous radio talk show career in 1970, which ended six years later with his firing. He had some success as a stage and TV actor and eventually made several movies. After divorcing his first wife Linda Wachsman after they had two children, he married Diana Galin in 1963. They have two more children together. He took his last drink of alcohol in 1985.

While his late brother Frank is the more acclaimed writer (particularly for his Pulitzer Prize-winning Angela's Ashes), McCourt has also written extensively, including his own best-selling memoir A Monk Swimming (from his mishearing as a child the Hail Mary's "Blessed art thou amongst women"). He has written about being molested by two priests and in Death Need Not Be Fatal takes the Catholic Church to task for failing him personally and the poor and impoverished generally. He was the 2006 Green Party candidate for New York governor, losing to the Democratic candidate Eliot Spitzer.

“I started out life as a member of the One Holy Roman Catholic Apostolic Church, and I am coming to the end of it without organized religion or mystical thinking. I am an atheist, thank God, with no fear of hell and no hope of heaven.” 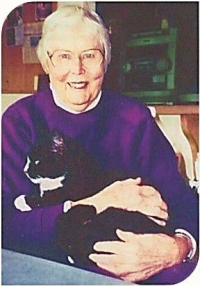 On this date in 1917, feminist, activist, humanist and grassroots organizer Rosemary Matson was born at the family farm in Geneva, Iowa. Matson set an example for others by acting virtuously and advocating for world peace, equal opportunity and the right of women to have a voice. She lived in many places, including Chicago, Los Angeles, Boston, Berkeley, Calif., and, finally, in her longtime home in Carmel Valley, Calif.

Matson was a longtime member of the Women’s International League for Peace and Freedom and the National Organization for Women. Through these organizations, she conducted outreach, served on committees and created programming. She also co-wrote a 100-page guide for a Unitarian Universalist (UU) course on patriarchy that used Unraveling the Gender Knot: Challenging the System that Binds Us by Allan G. Johnson as the text.

Matson did not identify as an atheist, and she and her husband Howard Matson became prominent figures in the UU's Women and Religion Movement. However, she worked to remove sexist practices from Christianity and performed weddings and memorial services as a humanist minister, using nonsexist practices and nontheistic inspirational statements. She was honored with a UU Ministry to Women award in 1998 and received many other awards for her decades of leadership in peace and social justice movements.

“A new global ethic is absolutely essential at this critical juncture in history. But it can only come about with a more balanced social system — a balance between feminine and masculine characteristics, behaviors and perspectives.” 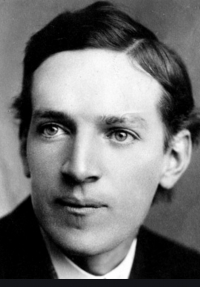 On this date in 1878, Upton Beall Sinclair Jr. was born in Baltimore. As a boy, his two heroes were (the anticlerical) Shelley and Jesus Christ. Sinclair paid for his education at the College of the City of New York and Columbia University by writing for newspapers, magazines and weeklies for boys. Sinclair's sixth novel, the muckraking classic The Jungle (1906), launched his literary career. The Jungle brought a presidential inquiry into stockyard regulations and resulted in passage of the Pure Food and Drugs Act and the Meat Inspection Act (1906).

His father was a liquor salesman and his mother was a strict Episcopalian with whom Sinclair was later estranged from for 35 years. He was skeptically deistic as an adult, never quite losing his boyhood admiration for the moral teachings of Jesus, but going after organized religion in his book The Profits of Religion: An Essay in Economic Interpretation (1918). In the preface, which Sinclair wryly titled "Offertory," he explained, "This book is a study of Supernaturalism from a new point of view — as a Source of Income and a Shield to Privilege."

A cursory scan of its chapters reveals its thrust: "The Priestly Lie," "The Great Fear," "Priestly Empires," "Prayer-wheels," "The Butcher-Gods," "the Holy Inquisition," "Hell-fire," "Anglicanism and Alcohol," "Bishops and Beer," "Trinity Corporation," "God's Armor," "The Unholy Alliance" and "Riches in Glory."

Sinclair was an active socialist who ran for public office unsuccessfully several times. He wrote 90 books, many of them political novels. He won a Pulitzer in 1942 for Dragon's Teeth about the rise of Nazism. (D. 1968)

“There are a score of great religions in the world ... and each is a mighty fortress of graft.”