There are 5 entries for this date: Elizabeth Montgomery , Thomas Szasz , A. Philip Randolph , Emma Thompson and Emile Durkheim 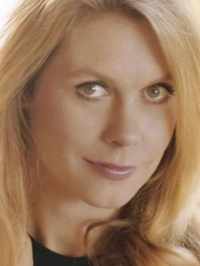 On this date in 1933, actress Elizabeth Victoria Montgomery was born in Los Angeles. As an L.A. baby with parents in the entertainment business, Montgomery was heavily influenced by the Hollywood lifestyle. Her father, Robert Montgomery, was a screen actor and her mother, Elizabeth Allen, was a Broadway actress. She attended the Spence School and the Academy of Dramatic Arts in New York City and made her television debut on "Robert Montgomery Presents" (1950), her father’s playhouse series, but only after earning her role through years of intensive training.

Throughout the next decade, she appeared in over 200 live programs. Montgomery is best known for her role on "Bewitched" (1964) as the lovable witch Samantha Stephens. She also played the role of her mischievous cousin Serena under a pseudonym. The show was a sensation and helped popularize the name Samantha in 1965 and for years after the show began. She also starred in several films and TV shows, including "The Court Martial of Billy Mitchell" (1955), "Who’s Been Sleeping in My Bed" (1963), "A Case of Rape"(1974), "The Legend of Lizzie Borden" (1975) and "Black Widow Murders: The Blanche Taylor Moore Story" (1993).

Montgomery was a fervent feminist, liberal Democrat and activist for LGBTQ rights. She advocated for many causes, including Amnesty International and the fight against AIDS. She attended the 1992 West Hollywood Gay and Lesbian Pride Parade with her "Bewitched" co-star Dick Sargent, who publicly came out as gay the prior year.

Her first husband was businessman Frederick Cammann (1954-55). Her second husband was actor Gig Young (1956-63), 25 years her senior. In 1963 she married William Asher, the producer-director of "Bewitched." They divorced amicably in 1973. They had three children, Willy, Robert and Rebecca Elizabeth. She then had a 20-year relationship with actor Robert Foxworth before marrying him in 1993, 18 months before her death in 1995 at age 62 of colon cancer eight weeks after being diagnosed.

“I think of God as the beauty in life. … It’s loving and being loved. It’s feeling good inside because you are living the life of a good person. Maybe it’s a good idea to try to start new ways of looking at the subject.”

—Montgomery in “Twitch Upon A Star: The Bewitched Life and Career of Elizabeth Montgomery” by Herbie Pilato (2012) 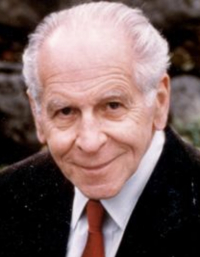 He was a critic of coercive psychiatry and a libertarian who supported suicide as a fundamental right. He favored abolition of the insanity defense and involuntary mental hospitalization, and refered to the "myth of mental illness." His many books include The Manufacture of Madness, The Myth of Mental Illness, A Lexicon of Lunacy, and, with Milton Friedman, On Liberty and Drugs.

His freethought credentials included being named the 1973 Humanist of the Year by the American Humanist Association and being a Humanist Laureate with the Council for Secular Humanism. He has had a major influence on the field of psychiatry. D. 2012.

"If you talk to God, you are praying. If God talks to you, you have schizophrenia." 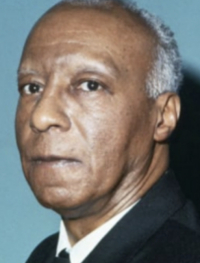 On this date in 1889, labor organizer, civil rights activist and journal editor Asa Philip Randolph was born in Crescent City, Florida, to parents James and Elizabeth (Robinson) Randolph. Growing up in Jacksonville, Randolph’s intellectual curiosity was shaped by his father, who, though a Methodist minister, encouraged him and his brother James to read freethought works. Through fireside debates about the existence of God with James and father, Randolph found that no logical conclusion of the affirmative or negative could be reached.

After high school he held a series of jobs, but facing discrimination, moved to New York City in 1911 to pursue an acting career, helping to establish the Shakespeare Society in Harlem and playing several title roles. When his parents disapproved of his acting career, Randolph enrolled at City College of New York in 1911, studying literature and sociology. Although he did not complete his degree, his political philosophy influenced his civil rights activism. Randolph believed that the root of racism was economic inequality. He began public speaking and founded the radical black magazine The Messenger in 1917.

Randolph went on to organize a union of New York City elevator operators and Virginia shipyard workers as president of the National Brotherhood of Workers of America. One of his greatest achievements was organizing the Brotherhood of Sleeping Car Porters (BSCP) in 1925, which became the nation’s first all-black union. The U.S. government named him one of the “most dangerous Negroes” in America as a result of his outspokenness. Traveling around the country to establish new union chapters, Randolph became a skilled orator, speaking out to end Pullman Company’s unfair treatment of black railroad employees.

In 1941, Randolph planned a march on Washington to protest employment discrimination and segregation of the armed forces. Though the march wasn't held, it helped spur passage of the Fair Employment Act. When President Truman called for a peacetime draft in 1947, Randolph continued to pioneer nonviolent civil disobedience, again threatening a march on Washington. This led to an executive order, which finally ended racial segregation in the U.S. military.

In the 1950s he allied with Martin Luther King Jr. With MLK’s assistance in 1957, Randolph orchestrated a prayer pilgrimage to Washington to peacefully demand that Southern schools comply with the Brown v. Board of Education Supreme Court decision ordering school integration. Randolph was a chief organizer of the 1963 March on Washington for Jobs and Freedom. An event typically considered the pinnacle of the civil rights movement, the march was attended by 250,000 people. It created momentum leading to passage of the 1964 Civil Rights Act and the 1965 Voting Rights Act.

At age 74 he introduced MLK’s famous “I Have a Dream” speech, saying of the event, “This is the most beautiful day of my life.” (A. Philip Randolph: A Biographical Portrait by Jervis Anderson.) In 1964 he received the Presidential Medal of Freedom. Soon after he founded the A. Philip Randolph Institute to study and ameliorate the causes of poverty, appearing at the White House in 1966 to propose a solution he termed the “Freedom Budget.”

Although he recognized the power of using religious rhetoric to motivate people to take action, Randolph’s secular humanist philosophy rankled some leaders of the civil rights movement. The American Humanist Association named him Humanist of the Year in 1970. He signed a public declaration of humanist principles, the Humanist Manifesto II, in 1973. Randolph married Lucille Campbell Green in 1913. (D. 1979)

“Prayer is not one of our remedies; it depends on what one is praying for. We consider prayer nothing more than a fervent wish; consequently the merit and worth of a prayer depend upon what the fervent wish is.”

—Randolph, from the mission statement of his magazine, The Messenger 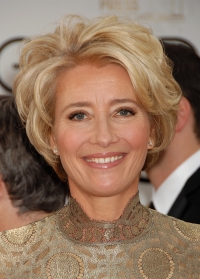 On this date in 1959, actress and screenwriter Emma Thompson was born in London. Her mother Phyllida Law, sister Sophie Thompson and father Eric Thompson were all actors. She studied English literature at Newnham College at Cambridge University (graduating in 1980), where she became active in the university's famous theatrical group, the Footlights Revue.

She started her career with some BBC radio gigs, followed by appearances on a sketch comedy series called "Alfresco," with Hugh Laurie, and a popular sitcom, "The Young Ones," in Britain. In 1990 Thompson co-starred with Jeff Goldblum in "The Tall Guy," her first major film. She won a BAFTA and an Oscar for Best Actress in her 1992 role in "Howard's End." She adapted Jane Austen's Sense and Sensibility for the screen, the screenplay for which she deservedly earned an Academy Award for Best Adaptation in 1996, and starred in the film of the same title. Thompson gained an Emmy for guest starring in an episode of "Ellen" in 1997.

"I'm an atheist; I suppose you can call me a sort of libertarian anarchist. I regard religion with fear and suspicion. It's not enough to say that I don't believe in God. I actually regard the system as distressing: I am offended by some of the things said in the Bible and the Qu'ran, and I refute them."

"I think that the Bible as a system of moral guidance in the 21st century is insufficient, to put it mildly. I feel quite strongly that we need a new moral lodestone if we can't rely on what is inside our own selves." 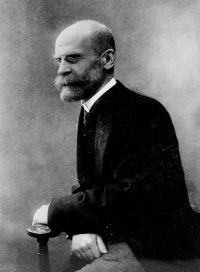 On this date in 1858, David Emile Durkheim, one of the most significant founders of sociology,  was born in Epinal in Lorraine, France. His father, grandfather and great-grandfather were prominent rabbis. Durkheim spent time in rabbinical school but broke with Judaism early in life (Emile Durkheim: An Introduction to Four Major Works by Robert Alun Jones, 1986). Durkheim excelled in school, earning his bachelor in letters and sciences in 1875, two years earlier than normal, from College d’Epinal.

He was admitted to the prestigious École Normale Supérieure in 1879 and passed examinations to become a philosophy lecturer in 1882. He was appointed to the Faculty of Letters at Bordeaux to lecture on the “Science Sociale,” marking the first time sociology officially entered the French university system. Durkheim founded the Année Sociologique in 1898, the first French social science journal, still in existence. In 1902 he was appointed chair of education at the Sorbonne in Paris. For a time, his courses were the only lectures required at the Sorbonne.

Durkheim believed religion served a unique role in human life and indeed shaped many social structures, but that its origins were in human society, not from a divine source (“Reasons people choose atheism,” BBC, Oct. 22, 2009). “Frequently described as a ‘secular pope,’ he was viewed by critics as an agent of government anti-clericalism.” (Jones, 1986) Some of his greatest contributions to sociology include The Division of Labour in Society (1893), Rules of the Sociological Method (1895), On the Normality of Crime (1895), Suicide (1897), Sociology and Its Scientific Domain (1900) and The Elementary Forms of Religious Life (1912). Published posthumously were other important works, including Education and Sociology (1922), Sociology and Philosophy (1924) and Pragmatism and Sociology (1955).

Overwork and the death of a beloved son in World War I in 1916 had severe repercussions on Durkheim’s health. He suffered a stroke and died at the age of 59. He is buried in Paris. (D. 1917)

“Religious force is nothing other than the collective and anonymous force of the clan.”

—Durkheim, "The Elementary Forms of the Religious Life" (1912)