There are 3 entries for this date: Molière , Jean Meslier and Martin Luther King Jr. 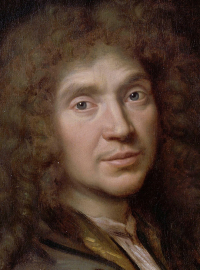 On this date in 1622, playwright and poet Jean-Baptiste Poquelin, who adopted the stage name Molière as an actor, was born in Paris. His father was an upholsterer/valet to King Louis XIII. Molière studied philosophy in college, started a Parisian acting troupe and toured the provinces with it for many years, acting, directing and writing.

As a favorite of King Louis XIV, he produced a succession of 12 popular comedies still being performed, including "The School for Wives" (1662), "Don Juan" (1665), "Le Misanthrope" (1666) and "Tartuffe" (1667), all irreverent and increasingly irreligious. "Tartuffe," a satire on religiosity, originally featured a hypocritical priest. Although Molière rewrote Tartuffe's profession to avoid scandal, some religious officials nevertheless called for him to be burned alive as punishment for his impiety. He would claim he was attacking hypocrisy more than religion.

He married actress Armande Bejart when she was 19 and they had a daughter, Esprit-Madeleine, in 1665. Becoming ill while playing the lead in his play "Le Malade imaginaire" ("The Imaginary Invalid"), Molière insisted on finishing the show, after which he died. He had long suffered from tuberculosis. The church refused to bury him in sanctified ground because he had not received the last rites and did not renounce his profession as an actor before his death. When the king intervened, the archbishop of Paris allowed him to be buried only after sunset among the suicides’ and paupers’ graves with no requiem Masses permitted in the church. D. 1673.

"Though living in an age of reason, he had the good sense not to proselytize but rather to animate the absurd ..." 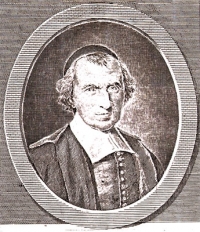 On this date in 1664, Jean Meslier was born in Mazerny in the Ardennes, France. Meslier became the village priest in Etrépigny, where he served for 40 years. He is noted for leaving, on his deathbed in 1729, a several-hundred page manuscript titled Testament: Memoir of the Thoughts and Sentiments of Jean Meslier, which denounced Christianity and all religion, calling it the "opium of the people." He was an early exponent of communal values and an advocate of radical equality. Though the manuscript was suppressed by the church, it was circulated illicitly.

Meslier is the originator of the quote, often attributed to Denis Diderot, that the world will be free when "the last king is strangled with the entrails of the last priest." French philosopher Michel Onfray said of Meslier in his Atheist Manifesto (2005), "For the first time (but how long will it take us to acknowledge this?) in the history of ideas, a philosopher had dedicated a whole book to the question of atheism. ... The history of true atheism had begun."

Voltaire published an "extract" of Meslier's magnum opus in 1761, selectively edited to make it seem as if Meslier was a deist like Voltaire instead of the atheist he proclaimed himself to be. The memoir was not published in its entirety until 1864. As of this writing, no full translation is known to have been completed. Despite its incompleteness, Meslier's work was influential in the French Enlightenment and widely read by 19th-century American freethinkers. D. 1729.

"How I suffered when I had to preach to you those pious lies that I detest in my heart. What remorse your credulity caused me! A thousand times I was on the point of breaking out publicly and opening your eyes, but a fear stronger than myself held me back, and forced me to keep silence until my death."

—"Testament: Memoir of the Thoughts and Sentiments of Jean Meslier" 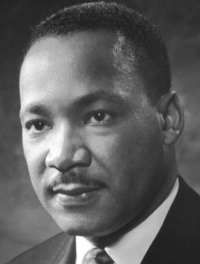 On this date in 1929, Martin Luther King Jr., was born. The civil rights leader, Baptist minister and founder of the Southern Christian Leadership Conference believed in a strict separation of church and state. Although his many speeches are peppered with references to Jesus and God and often depend for the force of their authority upon "the natural law of God," King knew that the religious status quo tended to support segregation.

In a sermon known as "Paul's Letter to American Christians" (delivered at Dexter Avenue Baptist Church, Montgomery, Ala., Nov. 4, 1956), King said: "You must face the tragic fact that when you stand at 11 o'clock on Sunday morning to sing 'All Hail the Power of Jesus Name' and 'Dear Lord and Father of all Mankind,' you stand in the most segregated hour of Christian America. They tell me that there is more integration in the entertaining world and other secular agencies than there is in the Christian church. How appalling that is." D. April 4, 1968.

“In the midst of blatant injustices inflicted upon the Negro, I have watched white churches stand on the sideline and merely mouth pious irrelevancies and sanctimonious trivialities."