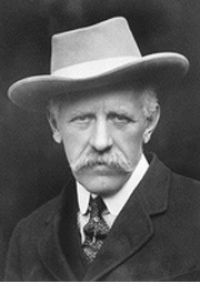 On this date in 1861, explorer Fridtjof Nansen was born in Kristiania (now Oslo), Norway, and was educated at Kristiania University. Nansen took his first voyage in 1882 to the Greenland Sea, then was appointed curator of the Bergen Natural History Museum, where he met leading scientists and became a Darwinist. He made headlines in Norway when he skied across the mountains from Bergen to Kristiania to take part in sports competitions.

While working on his doctorate in zoology, Nansen became the first person to cross Greenland on skis. From 1893-96 he led a famous expedition to the Arctic. Although not quite reaching the North Pole, he became an international celebrity. Nansen helped negotiate the peaceful split between Norway and Sweden in 1905, then became Norway's first ambassador to Great Britain.

A professor of zoology at Kristiania University for several years after his voyage, he returned to the university as rector magnificus responsible for the scientific vision of the institution. Nansen wrote up his exploits in The Norwegian North Polar Expedition and Northern Mists (1911). In the early 1920s when famine struck the Soviet Union, Nansen overcame diplomatic difficulties to engineer a successful prisoner swap between Russia and Germany and Austria-Hungary, involving more than 400,000 prisoners. For this humanitarian feat he was awarded the Nobel Peace Prize in 1922.

He worked with the League of Nations and International Red Cross, which used Nansen's name on a special passport for refugees deprived by Lenin of their nationality during the Russian civil war. Refugees such as Stravinsky, Rachmaninoff and Chagall came to the West bearing the Nansen passport. After the award, Nansen brokered an "ethnic separation" between fighting Turks and Greeks, arranging a population exchange.

Nansen married twice and had five children. He was an atheist and was given a nonreligious state funeral featuring classical music but no elegies after dying in 1930 of a heart attack at age 68.

“[T]he religion of one age is, as a rule, the literary entertainment of the next.”

—Nansen speech titled "Science and the Purpose of Life," published by the Rationalist Press Association (1909) 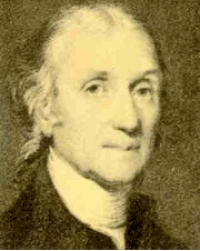 On this date in 1731, chemist and physicist Henry Cavendish was born in Nice, France, to a wealthy family of English aristocrats. Educated at Cambridge, he devoted his life to the study of chemistry. Among his contributions: discerning the composition of water and of the atmosphere, taking the first accurate measurement of the density of Earth and isolating hydrogen. Considered morbidly shy, especially around women, he left his female servant his meal orders in writing. Oliver Sacks speculated that he had Asperger's syndrome.

He was one of England's wealthiest men by the age of 40 due to inheritances. His one social outlet was the Royal Society Club. Although he conducted numerous experiments, Cavendish did not publish articles frequently. A century after his experiments with electricity, James Clerk Maxwell discovered Cavendish's work and published it for the first time. Cavendish did not attend church and was an agnostic, although he was buried along with his ancestors in the church which is now Derby Cathedral. D. 1810.

“As to Cavendish's religion, he was nothing at all. The only subjects in which he appeared to take any interest were science.” 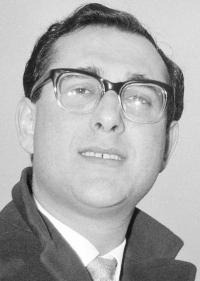 On this date in 1930, playwright Harold Pinter was born in East London to a Jewish family. He briefly studied at the Royal Academy of Dramatic Arts and acted under the name "David Baron." The playwright, director, actor, poet and political activist wrote 29 plays and 21 screenplays and directed 27 theater productions. His plays include "The Birthday Party," "The Caretaker," "The Homecoming" and "The Betrayal." Screenplays include "The Servant," The Go-Between," "The French Lieutenant's Woman" and "The Handmaid's Tale."

Pinter's many awards include the Wilfred Owen Prize for Poetry (opposing the Iraq war), the Shakespeare Prize (Hamburg), the European Prize for Literature (Vienna) and the Laurence Olivier Award. He was married to Lady Antonia Fraser. Pinter continued to dabble in acting, including portraying Sir Thomas Bertrand in the film "Mansfield Park." His fight against cancer, he said, had fortified his commitment to political activism. That activism included signing a letter to the BBC asking that its daily "Thought for the Day" should also include those with secular views. D. 2008.

PHOTO: Pinter in the Netherlands in 1962; Dutch National Archives.

“You know, I had my bar mitzvah when I was thirteen and I never entered a synagogue again. I've been to one or two marriages, I think, but I've never had anything to do with it.” 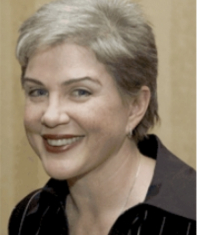 On this date in 1961, comedian and author Julia Anne Sweeney was born in Spokane, Wash., into a devout Catholic family. For much of her childhood she wanted to be a nun. After majoring in economic studies at the University of Washington, she instead became an accountant for Columbia Pictures and United Artists. Having a knack for comedy and mimicry, she signed up for a class with the improvisational comedy troupe "The Groundlings," where she was discovered by "Saturday Night Live" producer Lorne Michaels. She was on that show from 1990-94 and introduced the popular character "Androgynous Pat."

Her monologue about adopting her daughter Mulan from China, "In the Family Way," debuted in 2003. (Sweeney is married to scientist Michael Blum.) In 2004 she debuted her new monologue "Letting Go of God," about her journey from Catholic schoolgirl to atheist. Since then she's been busy writing and performing.

She serves on the advisory boards of the Secular Coalition for America and the Richard Dawkins Foundation for Reason and Science as well as on FFRF's honorary board.  In 2006 she was the recipient of FFRF's Emperor Has No Clothes Award that celebrates “plain speaking” on the shortcomings of religion by public figures.

“It took me years, but letting go of religion has been the most profound wake up of my life. I feel I now look at the world not as a child, but as an adult. I see what's bad and it's really bad. But I also see what is beautiful, what is wonderful. And I feel so deeply appreciative that I am alive. How dare the religious use the term 'born again.' That truly describes freethinkers who've thrown off the shackles of religion so much better!” 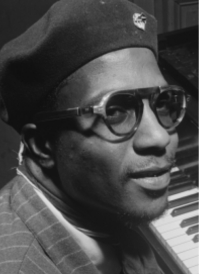 On this date in 1917, the American jazz composer and pianist Thelonious Sphere Monk was born in Rocky Mount, North Carolina. When he was 5, his family moved to Manhattan, where he started playing the piano, largely self-taught. His compositions “Round Midnight,” “Well, You Needn’t,” Straight, No Chaser,” “Blue Monk” and others have become standards in the jazz repertoire. "Round Midnight" is the most recorded jazz standard written by a jazz musician, appearing on more than 1,000 albums.

Monk’s idiosyncratic style utilized unexpected melodic twists, dissonant harmonies (which are pleasing to jazz players), erratic percussive phrases punctuated by unexpected hesitations and silences. Despite these unorthodox qualities, Duke Ellington is the only jazz composer who has been recorded more often than Monk, who is one of only five jazz musicians to have been on the cover of Time (along with Louis Armstrong, Duke Ellington, Dave Brubeck and Wynton Marsalis).

Like his music, Monk’s views on religion were also unorthodox. As a teenager, he played the organ for a traveling evangelist, but it appears he was an agnostic who held no religious beliefs of his own. Biographer Robin D. G. Kelly wrote that “Monk clearly was not a true believer” and that “most people who knew Monk remember that he rarely attended church and did not speak about religion in the most flattering terms.”

According to his niece Charlotte, "He was never into religion. Religion was not his thing. ... He never went to church or any of that. And his kids, he never took them to church. He said they had to have their own mind about things.” But he was tolerant of religion and sometimes accompanied his mother on the piano as she sang her beloved hymns while she was dying of cancer.

He was posthumously awarded the Grammy Lifetime Achievement Award and a Pulitzer Prize Special Citation. (D. 1982)

INTERVIEWER: "Do you believe in God?"
MONK: "I don’t know nothing. Do you?”

—"Thelonius Monk: The Life and Times of an American Original" by Robin D. G. Kelley (2009)