There are 3 entries for this date: Marcel Proust , Ernie Chambers and Camille Pissarro 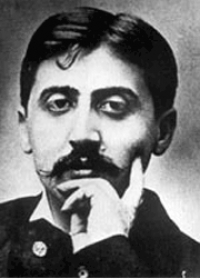 On this date in 1871, Marcel Proust, the freethinking pioneer of the moderan novel, was born in Auteuil, France, near Paris. His father, a Christian, was a prominent physician and his mother's family was Jewish. Although plagued by chronic asthma and well-publicized neuroses, he completed his one-year stint of military service and studied law. He met Anatole France, who became his patron for a time.

Like many other French writers of his day, Proust was active in opposing the prosecution of Alfred Dreyfus. When his first book of short stories, essays and poetry was not a success, he turned to translating the works of art historian John Ruskin. He then devoted much of his remaining life to Remembrance of Things Past, his seven-volume masterpiece.

Proust's sexuality and relationships with men are often discussed by his biographers. He died of an asthma attack at age 51 in 1922.

"[Proust] was baptized (on August 5, 1871, at the church of Saint-Louis d'Antin) and later confirmed as a Catholic, but he never practised that faith and as an adult could best be described as a mystical atheist, someone imbued with spirituality who nonetheless did not believe in a personal God, much less in a savior." 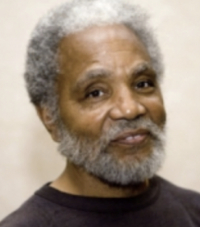 On this date in 1937, politician Ernest Chambers, known as "the Maverick of Omaha" and "defender of the downtrodden," was born in Omaha, Neb. Chambers understood early on the power of protest and of grassroots organizing, standing up for civil rights as a youth and emerging as a leader of African-American youths in Omaha. He graduated from Creighton University School of Law and was first elected to the unicameral legislature as a state senator in 1970, the only black member of the legislature in an overwhelmingly white, ultraconservative state.

Chambers became known for defending the rights of women, gays and lesbians and people of color. He challenged legislative prayers in the 1983 Supreme Court case Marsh v. Chambers, and although the court ruled against him, Chambers was successful in subsequently persuading the Senate to drop payment for prayers.

Chambers cleverly filed a lawsuit in 2007 (Chambers v. God) to make a point about frivolous lawsuits. Chambers, who identifies as nonreligious without using a label, sought a permanent injunction against the defendant for making terroristic threats against him and his constituents, of inspiring fear and causing "widespread death, destruction and terrorization of millions upon millions of the Earth's inhabitants." In October 2008 the judge threw out his lawsuit, whimsically ruling that the defendant wasn’t properly served due to his unlisted home address.

Chambers, accepting FFRF's Hero of the First Amendment Award in 2005, commented, "What I would do, from time to time, is mock, taunt, and ridicule my colleagues for injecting religion and Jesus into the legislature." His political opponents, in a successful effort to finally unseat him from the Senate when they could not do so electorally, passed a law in 2000 establishing term limits so he was unable to seek reelection in 2008. He was reelected in 2012 and 2016 to four-year terms. In 2015, FFRF awarded Chambers its Emperor Has No Clothes Award.

"As an elected official, I know the difference between theology and politics. My interest is in legislation, not salvation." 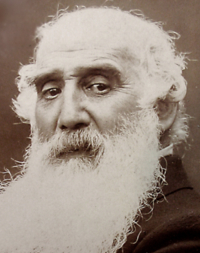 On this date in 1830, impressionist painter Jacob Camille Pissarro was born on the island of St. Thomas in the West Indies to Frederic Pissarro and Rachel Petit. Their ancestors were Sephardic Jews forced to convert to Catholicism by the Catholic Inquisition. Pissarro was sent to a boarding school outside of Paris at age 11. At 17, he returned to St. Thomas to work in the family business. Deciding at age 20 that the life of a clerk was not for him, he left for Venezuela to paint, eventually returning to France, where he lived the rest of his life.

Pissarro married a non-Jewish woman, whom his mother never accepted, providing more reinforcement for Pissarro of the problems caused by religion. Often compared to the painter Millet, Pissarro was quick to point out that "[the critics] all throw Millet at me, but Millet's art was biblical. For the Hebrew that I am, there is very little of that in me; isn't that funny?" (Exhibition catalogue, Jerusalem Museum, 1994.)

Most of Pissarro's paintings are landscapes, focusing on the forms and colors of nature. He developed a new technique of brushwork "to capture the play of light and create a sense of movement, producing images with a soft and welcoming aesthetic [and] when figures are included they function as elements of light and air."

Pissarro was an atheist and self-defined freethinker, both philosophically and in his art. While never denying his Jewish heritage, he felt that it made him an outsider. In 1894 the famed Dreyfus Affair was on everyone's tongue and sides were drawn. Among those against Dreyfus were some of Pissarro's oldest friends: Cezanne, Renoir and Degas. Pissarro's support of Dreyfus was linked not only to the overt anti-Semitism in the case but also to his dislike of the bourgeoisie and capitalism.

Paul Signac observed in his diary, "Pissarro tells me that since the anti-Semitic incidents, Degas and Renoir shun him and no longer greet him. What can be taking place in the minds of such intelligent men that leads them to become so stupid?" (D.1903)

"He didn't turn his back to Judaism, but was against the idea of God or organized religion."

—Joachim Pissarro, on his great-grandfather in "Camille Pissarro" (1993)