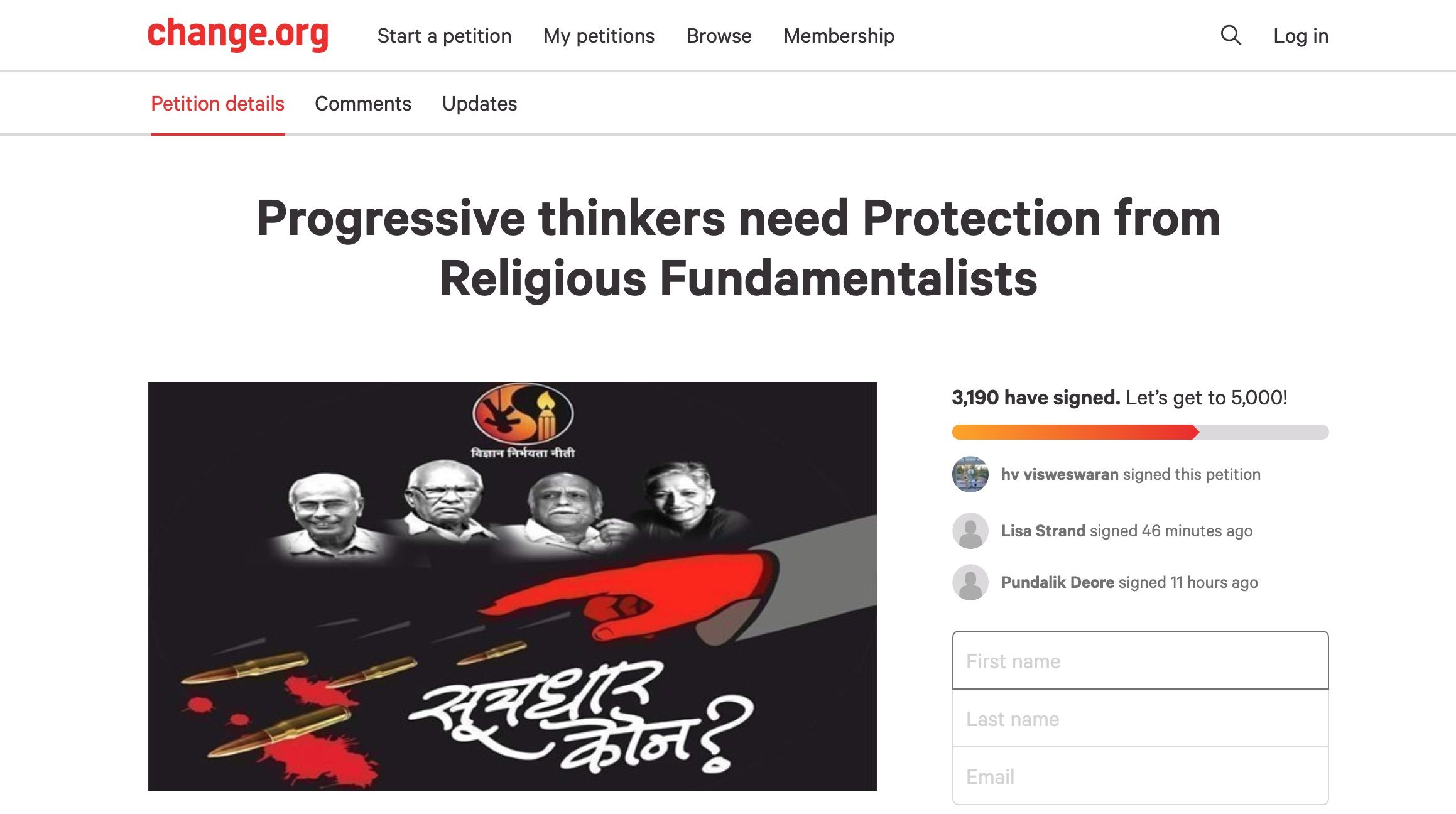 Seven years after Indian freethinker and FFRF honoree Narendra Dabholkar was murdered by Hindu extremists, the investigation into this crime has stalled. Three other rationalists have been murdered quite certainly by the same Hindu fundamentalist group and still the Indian Central Bureau of Investigation has taken no swift action.

Can you please take a moment to sign this petition demanding that Indian freethinkers be protected from this retaliatory violence?

It only takes a moment to add your name — and signatures from outside of the country make a huge difference, spotlighting the international implications of this case.

Dabholkar founded Maharashtra Andhashraddha Nirmoolan Samiti (MANS), an organization dedicated to fighting superstition and spreading rationalism in India. MANS was last year’s recipient of FFRF’s Avijit Roy Courage Award in memory of Dabholkar. Dabholkar, a medical doctor by training, spent more than 20 years as the face of the rationalist movement in India. The pressure that built after his heinous killing led to the passage of an anti-superstition bill in his home state of Maharashtra.

The Indian government needs to act immediately to bring to justice the masterminds behind these killings and protect other social activists from similar violence. Thank you!