The Freedom From Religion Foundation has wrapped up a seven year old case to remove an illegal angel statue from public property.

The statue was placed outside of the Interpretive Center in Genesee County Park in Batavia, N.Y., by the Women's Republican Club in memory of a Republican activist. FFRF Co-President Annie Laurie Gaylor initially wrote to the County Park over the unlawful statue in 2005: "We continue to believe the angel statue itself, not just the 'guardian angel' reference, makes the garden look like a religious cemetery. Whether a religious intent was conscious or not, the presence of a large, white statue of an angel or seraphim (precisely of the type which is sold to be placed in religious cemeteries) injects a symbol of Christianity into a secular, publicly-maintained center."

FFRF suggested the Women's Republican Club move the memorial to private land. According to a local news story the statue was schedule to be moved in August 2005.

Six years later, FFRF learned that the statue still stood in the county park. Staff Attorney Stephanie Schmitt wrote a series of follow up letters to the County Attorney, requiring that FFRF be informed as to "what steps have been or will be taken to move the statue to a more suitable private location."

County Attorney Charles Zambito responded to FFRF on Feb. 1: ". . . the Angel Statue that was located in front of the Interpretive Center at the Genesee County Park has been removed from the premises." 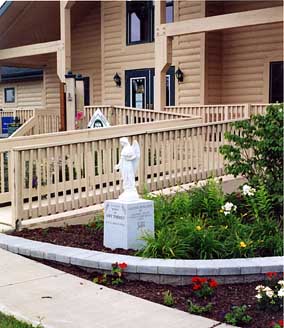 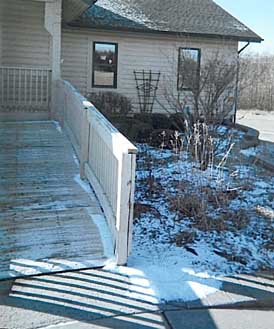