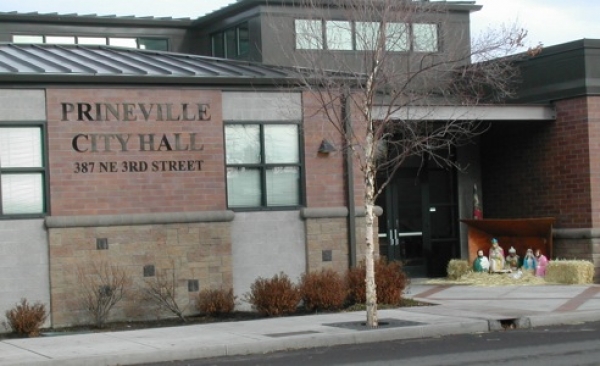 After FFRF complained last December about Prineville, Ore.'s yearly nativity scene, the city council voted on May 24 to end city sponsorship of the display.

FFRF received a complaint from a Prineville member in December 2010 about the nativity scene that was traditionally set up at the entrance of the Prineville City Hall. FFRF Staff Attorney Rebecca Markert wrote a letter on Dec. 13 asking that the display not be put up, saying, "When the government displays this manger scene, which depicts the legendary birth of Jesus Christ, it places the imprimatur of the city government behind the Christian religious doctrine. This excludes citizens who are not Christian—Jews, Native American religion practitioners, animists, etc., as well as the significant and growing proportion of the U.S. population that is not religious at all."

Despite FFRF's protest, the nativity scene was displayed in 2010.

This May, our original complainant informed us that the city council had decided to transfer the creche into private hands. According to an article in the Central Oregonian, the city council voted to no longer display the creche on city property, while encouraging local residents to come up with their own holiday displays.

Prineville Mayor Betty Roppe stated the city's decision was intended to avoid lawsuits or further legal complaints, saying, "It is time to accept our obligations to the citizens of Prineville—they want the nativity scene. But we also have a fiduciary responsibility to our citizens to not waste taxpayers’ money on lawsuits."