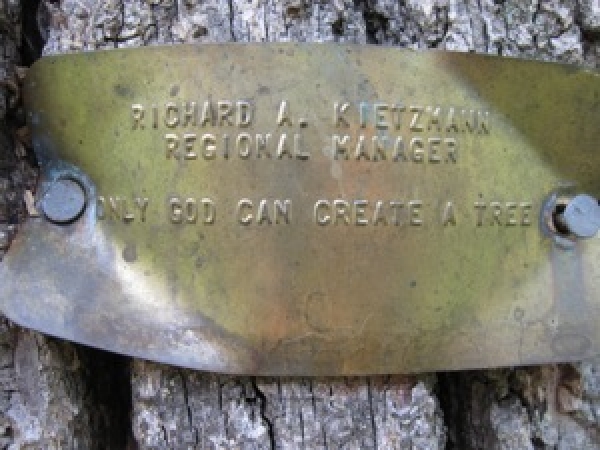 A religious label was removed from a tree in Whitnall Park in Milwaukee County, Wis., after FFRF sent a letter of complaint. An area member contacted FFRF with photos of the label, which read: “Richard A. Kietzmann, Regional Manager. Only god can create a tree.” FFRF Staff Attorney Rebecca Markert sent a letter to the Milwaukee County Parks Administration on November 9, 2010, saying, “It is a fundamental principle of Establishment Clause jurisprudence that the government cannot in any way promote, advance or otherwise endorse religion. Therefore, it is very inappropriate to have a religious message nailed to a tree.” On May 18, 2011, the Parks Administration responded, saying, “The plaque has now been removed.”