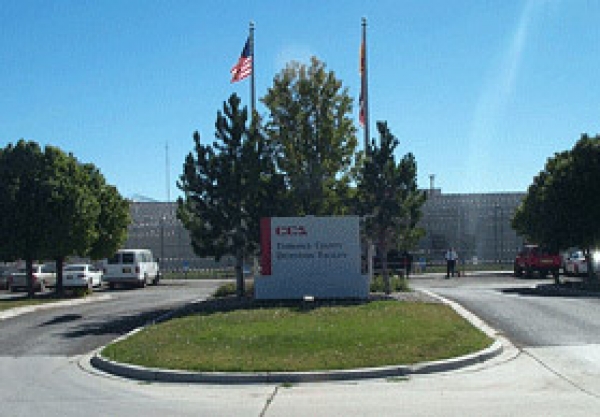 A state-funded fundamentalist Christian prison ministry program ("God pod") in a women's prison in Grants, N.M., was challenged in federal court by the Freedom From Religion Foundation on Nov. 7, 2005. New Mexico contracts with Corrections Corporation of America, also named as a defendant, which is the nation's largest private provider of prison services. CCA partners with the Chicago-based Institute in Basic Life Principles, a fundamentalist Christian ministry run by Christian reconstructionist Bill Gothard "for the purpose of introducing people to the Lord Jesus Christ." Women prisoners are given proselytizing workbooks training them to "submit" to male authority. CCA plans to "franchise" the Christian program in prisons. Read press release.

One of the first casualties of Hein v. FFRF was FFRF's strong lawsuit against the State of New Mexico for establishing an outrageous Christian dominionist "God pod" in a women's prison in Grants, N.M. FFRF withdrew the lawsuit in July 2007, after the judge said he would rule against the right of FFRF's state taxpayers to sue. FFRF hopes to challenge religion programs funded by tax dollars in prisons with prisoner plaintiffs in the future.