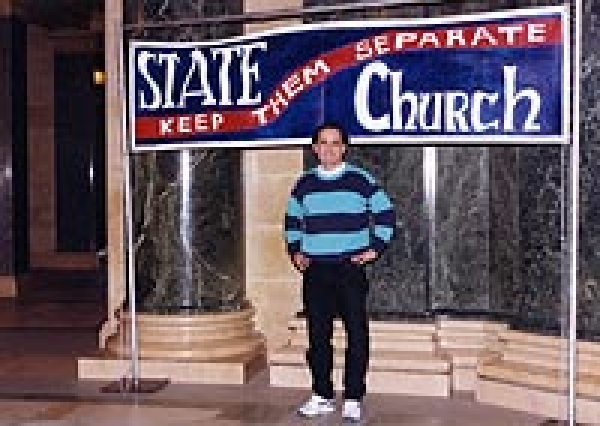 In January 1996, the Freedom From Religion Foundation sued over the removal of its properly-placed banner, "State/Church: Keep Them Separate," from the rotunda of the Wisconsin State Capitol, at the orders of Gov. Tommy Thompson. The Foundation had obtained a lawful permit to place the sign to counter various seasonal promotions of religion at the State Capitol. The Foundation lost at the federal court level in 1996. However, the State regulations now permit moderate-sized signs. 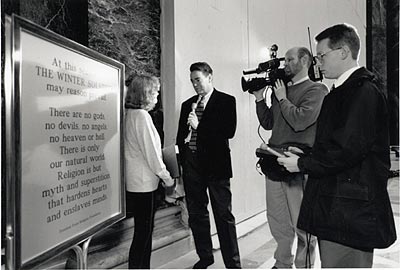 The Foundation has erected a Winter Solstice sign every year since, which has been called a "tourist attraction."