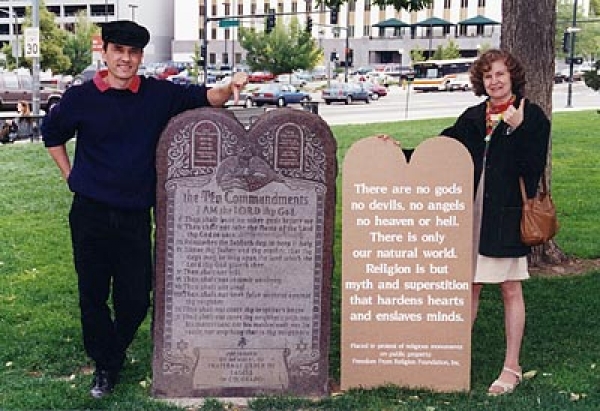 Foundation PR director Dan Barker and Foundation president Anne Gaylor beside the litigated ten Commandments marker in Denver.Next to the marker is Anne\'s suggested wording for a freethought alternative.

The Freedom From Religion Foundation went to Colorado state court to remove a Ten Commandments monument on Capitol grounds in Denver in 1989. The trial judge ruled that the Ten Commandments were the basis of constitutional law in 1992. In June 1993, the Foundation won the case before the Colorado Court of Appeals. The State Supreme Court in November 1994 reversed the appeals court ruling, and the U.S. Supreme Court, in 1995, refused to take the case.