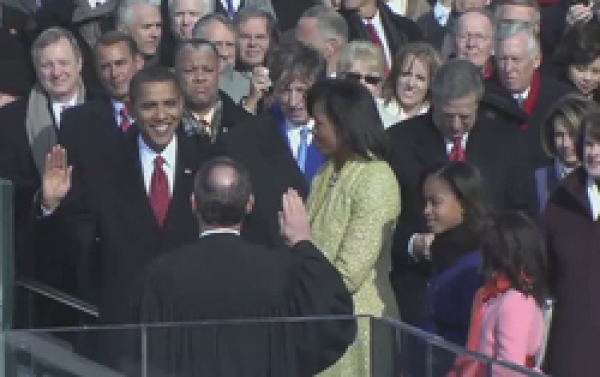 The Freedom From Religion Foundation, its co-presidents and several of its members are among the many co-plaintiffs in a federal lawsuit, Newdow v. Roberts, filed on Dec. 30, 2008, by attorney Michael Newdow in the U.S. District Court for the District of Columbia, seeking to enjoin the Presidential Inaugural Committee from sponsoring prayers at the official Inauguration. The 34-page Legal Complaint also punctures some myths, documenting that for most of our country's history, no clergy-led prayers at inaugurations. The original complaint has been amended to include many more freethinkers, including minor students, from around the nation, as well as a variety of groups. The case was dismissed, and lost on appeal.