U.S. District Judge John Shabaz ruled on Feb. 24, 1996, that Wisconsin's Good Friday legal holiday is unconstitutional. The holiday violated the First Amendment by favoring Christianity over other religions or no religion. The 1945 law mandated: "On Good Friday, the period from 11 a.m. to 3 p.m. shall uniformly be observed for the purpose of worship." The law was amended to require state offices to close at noon on Good Friday to observe the crucifixion of Jesus.

Shabaz wrote in a strongly-worded, 15-page decision that "The language of [the law] leaves absolutely no doubt that the purpose of the Wisconsin Legislature . . . was the promotion of religion."

Even without a religious purpose written into the law, Shabaz declared that the effect of giving state employees the paid holiday still endorses Christianity. The case is Freedom From Religion Foundation v. Tommy Thompson (95-C-634-5). 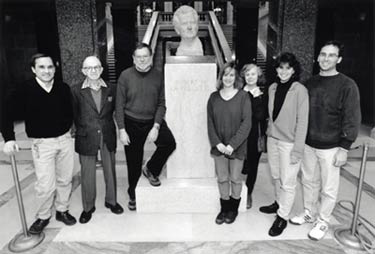