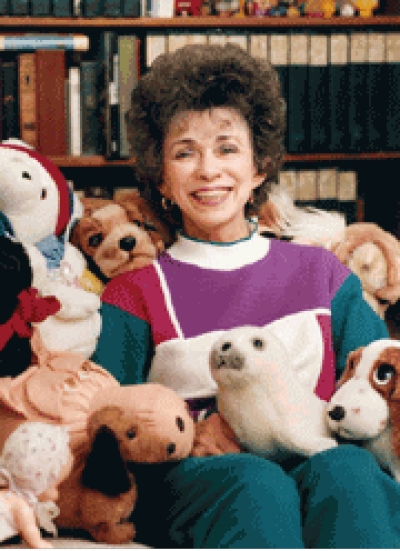 On this date in 1922, Catherine Fahringer was born in Utah to a military family. After living in various places in the U.S. and abroad, her family settled in San Antonio, Texas, when she was 12. Raised as an Episcopalian, she was urged by family members to introduce her children to religion. While living in England, where her husband was stationed, she dutifully purchased The Golden Book of Bible Stories. Perusing it before she read the stories to her children, she had an epiphany: "I said to my husband, 'I can't teach this stuff to my kids. I'm nicer than God." (San Antonio Express-News, March 24, 1991.)

Fahringer found a venue for activism when she became involved with FFRF in 1987. She created and hosted "Freethought Forum," a cable TV show. She became a well-known public figure in San Antonio, monitoring and challenging numerous, egregious state/church violations there. With wit and aplomb, she protested city prayer breakfasts and religious symbols on public property and kept freethought in focus with numerous op-eds, letters to the editor and educational letters to government officials and media.

In the 1990s she even managed to persuade then-Gov. Ann Richards and city officials to make proclamations commemorating freethought. Fahringer's media appearances included being featured on TV's "Sally Jessy Raphael Show," where she quipped about rejecting the idea of a "Big Spook in the Sky." She served as a national FFRF officer and on its governing council.

She died of pancreatic cancer at the age of 86. FFRF Co-President Annie Laurie Gaylor said of her, "We loved and miss her. She was not only one of FFRF's best activists, but she was one of our best friends, best boosters and best advertisements for freethought." FFRF offers the Catherine Fahringer Youth Activist Memorial Award in her honor. D. 2008.

“We would be 1,500 years ahead if it hadn't been for the church dragging science back by its coattails and burning our best minds at the stake.”