Visit this site to view Freethought Today online, starting with 2018.

While writing GOD: The Most Unpleasant Character in All Fiction, I found myself wading through the murky waters of the Old Testament, something I was hoping never to have to do again. 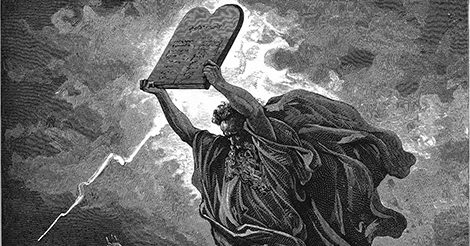 Here is my list of the 10 worst Old Testament passages, in reverse order. My main criterion is that this list show us something about the character of God. All believers admit that the bible contains some stomach-churning tales, but these examples reveal the LORD himself commanding, committing or condoning the brutality. Richard Dawkins was not exaggerating when he called God a capriciously malevolent bully.

10. God destroys a good family 'for no reason.'

God made a bet with Satan that Job, a good and blameless man, would remain faithful even if he killed his children and ruined his life. Here we see God indicting himself for the crime, openly confessing that he destroyed a family "for no reason."

"The Lord said to Satan, 'Have you considered my servant Job? There is no one like him on the Earth, a blameless and upright man who fears God and turns away from evil. He still persists in his integrity, although you incited me against him, to destroy him for no reason.' " (Job 2:3 New Revised Standard Bible)

9. God destroys the fetuses of those who do not worship him.

This is not the only feticidal passage in the bible, but it is the worst:

"You shall acknowledge no God but me. . . . You are destroyed, Israel. . . . The people of Samaria must bear their guilt, because they have rebelled against their God. They will fall by the sword; their little ones will be dashed to the ground, their pregnant women ripped open." (Hosea 13:4, 9, 16 New International Version)

8. God approves the massacre of a peaceful people so one of his tribes could have a place to live.

Most believers think God destroyed the Canaanites because they were depraved and immoral, although the bible does not make that claim. They were killed — and labeled "evil" and "wicked" — simply because they did not worship him. Here is a group of people who did nothing wrong. They were "at peace and secure," but they had to be eliminated.

"And in those days the tribe of the Danites was seeking a place of their own where they might settle, because they had not yet come into an inheritance among the tribes of Israel. . . . Then they said to [the priest], 'Please inquire of God to learn whether our journey will be successful.' The priest answered them, 'Go in peace. Your journey has the Lord's approval.' . . . Then they took what Micah had made, and his priest, and went on to Laish, against a people at peace and secure. They attacked them with the sword and burned down their city. . . . The Danites rebuilt the city and settled there." (Judges 18:1–28 NIV)

The Canaanites were not the evildoers. The Israelites were the invaders!

7. Babies are slaughtered and wives raped. 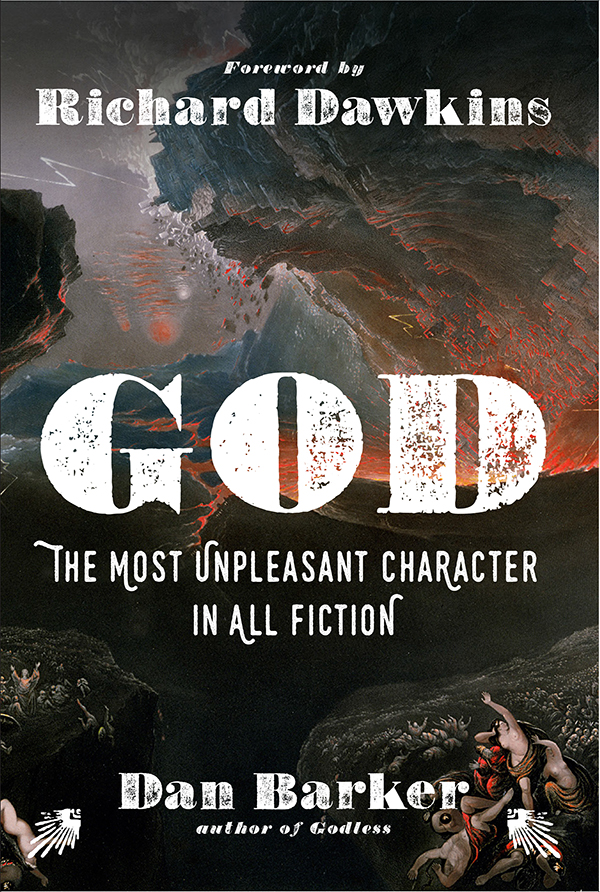 The murderous Old Testament deity deemed human life to be worthless, placing his own megalomaniacal glory above human values. Here is one of the worst examples:

"See, the day of the Lord is coming — a cruel day, with wrath and fierce anger. . . . I will put an end to the arrogance of the haughty. . . . Their infants will be dashed to pieces before their eyes; their houses will be looted and their wives violated." (Isaiah 13:9–16 NIV)

6. A mixed-race couple is murdered by a godly priest to keep God's people pure.
The righteous priest Phinehas murdered a loving couple for the crime of miscegenation. Then he was praised by God and rewarded for the hate crime with a perpetual priesthood for keeping the nation racially pure.

"Just then one of the Israelites came and brought a Midianite woman into his family, in the sight of Moses and in the sight of the whole congregation of the Israelites. When Phinehas, son of Eleazar, son of Aaron the priest, saw it, he got up and left the congregation. Taking a spear in his hand, he went after the Israelite man into the tent, and pierced the two of them, the Israelite and the woman, through the belly. So the plague was stopped among the people of Israel. The Lord spoke to Moses, saying: 'Phinehas, son of Eleazar, son of Aaron the priest, has turned back my wrath from the Israelites by manifesting such zeal among them on my behalf that in my jealousy I did not consume the Israelites. Therefore say, "I hereby grant him my covenant of peace. It shall be for him and for his descendants after him a covenant of perpetual priesthood, because he was zealous for his God, and made atonement for the Israelites.' '" (Numbers 25:6–13 NRSV)

5. A daughter is burned as an acceptable sacrifice to God.

General Jephthah made a vow with God in order to defeat the enemy. When Jephthah won the war, God received his hundred pounds of flesh.

"And Jephthah made a vow to the Lord: 'If you give the Ammonites into my hands, whatever comes out of the door of my house to meet me when I return in triumph from the Ammonites will be the Lord's, and I will sacrifice it as a burnt offering.' . . . When Jephthah returned to his home in Mizpah, who should come out to meet him but his daughter, dancing to the sound of timbrels! . . . After the two months, she returned to her father, and he did to her as he had vowed." (Judges 11:30–39 NIV)

After burning his daughter, Jephthah was rewarded with a prestigious judgeship and was later buried with honor.

There are nine passages in the Old Testament where God makes cannibalistic threats. Here is the worst one:

3. God threatens rape, then takes credit for it.

This passage was new to me, and it blew me away. I guess I had only read it before in the King James Version, where the sexual molestation is not obvious. Here it is in the NRSV, where the Israelites were asking why they were being attacked by the Babylonians:
"Hear and give ear; do not be haughty, for the Lord has spoken. . . . And if you say in your heart, 'Why have these things come upon me?' it is for the greatness of your iniquity that your skirts are lifted up, and you are violated . . . because you have forgotten me and trusted in lies. I myself will lift up your skirts over your face, and your shame will be seen." (Jeremiah 13:15–26 NRSV)

Notice that the "iniquity" for which they were being raped was not immorality or depravity; it was simply because "you have forgotten me."

The New International Version covers up this embarrassing passage with "make their scalps bald" in place of "discover their secret parts [Hebrew: poth = vagina]." Other translations are more honest: The Orthodox Jewish Bible has "lay bare their nakedness," Amplified Bible "stripped naked," Complete Jewish Bible "expose their private parts," Common English Version "uncover their private parts," and Living Bible "expose their nakedness for all to see." Even if "daughters of Zion" is a metaphor for Israel, it is a metaphor of sexual assault.

1. God wants you to be happy to dash babies against the rocks.

I have always thought this was the worst verse in the bible, and my opinion remains unchanged.

God was not merely saying that regrettable collateral damage might occur during wartime. He said believers should be happy — some translations say "blessed" — to kill innocent babies of those who are keeping you from worshipping your own god.

Anyone who claims to admire and worship the biblical God has either abandoned all sense of moral judgment or has never actually read the Old Testament. Since most believers are good people, I prefer to assume the latter. I think the world would be a much better place if people would actually read the book. A.A. Milne, author of Winnie the Pooh, said: "The Old Testament is responsible for more atheism, agnosticism, disbelief — call it what you will — than any book ever written; it has emptied more churches than all the counterattractions of cinema, motor bicycle and golf course."

Before we can cure an illness we have to diagnose it. Please, let's read the Old Testament, and then excise the cancer from our lives.