This article appeared June 10 in the La Crosse Tribune as part of an ongoing series by Wisconsin freethinkers. It’s reprinted with permission of the author. 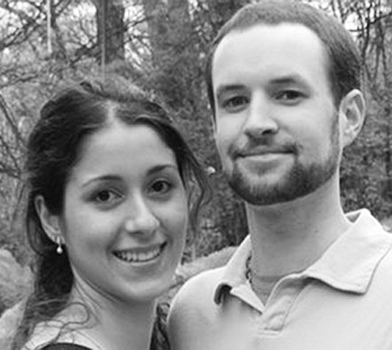 I am an ordained, fundamentalist evangelical Christian minister, and an atheist. It might seem counterintuitive to read such a sentence, but a surprising number of ministers are rejecting religious belief. None of us became ministers expecting to leave religion behind; we were authentic, strong, sincere, faithful clergy and practitioners of our faiths.

Changing our minds about religion does not make us inherently bad or immoral people, uncharitable, dishonest, hostile, lacking in knowledge or common sense, deviants or any of the other epithets frequently used to malign nonbelievers.

The Clergy Project (TCP) is an organization that provides a support community for nonbelieving (atheist and agnostic) clergy and former clergy from all religions and denominations around the world. The organization, started in March 2011, currently has more than 300 members and receives over 40 applications each month. Members go through an extensive screening process to ensure that prospective members are actually nonbelievers and are clergy or former clergy.

Members are classified as either “active” (active clergy) or “alumni” (former clergy). The organization is not meant to proselytize or change the beliefs of active clergy, but to provide them with a support group as they attempt to trade their religious careers for secular careers.

Many of us accumulate a great deal of debt attempting to retrain ourselves. Many work in minimum-wage jobs the rest of their lives. A great number lose their jobs and families. Some lose everything and are homeless now.

Do we complain? No, I’ve never heard a single complaint from any member of TCP. In fact, most of us accept the consequences of our misguided religiosity without bitterness. We are content to have broken free in some manner or other.

The idea of active clergy who no longer have religious beliefs might strike you as dishonest. However, one must consider all of the difficulties of their situations before passing judgment, as well as remember that such major changes in life are the result of lengthy processes rather than snap decisions. Leaving one’s religion can result in varying degrees of consequences for even nonclergy, but the consequences are much greater for clergy. Most have families to support, so their principal concern is finding employment.

Another important concern is the loss of spouses, friends and family who might react negatively or hostilely to such drastic changes in religious belief. Fear of losing my friends and family and of possible hostile reactions in the community were major concerns for me. Indeed, when discussing my background, I am frequently attacked and prejudged by believers who seem to consider my change of mind to be an attack on their religious identity.

Clergy Project members are extremely concerned with maintaining their integrity and being honest with their families and congregations. They also feel responsible for trying to maintain the unity of their families and providing for their needs. Furthermore, most clergy have seminary degrees that do not apply to secular careers. Thus, career changes often entail starting over completely with their education, job training and professional skills.

Few days go by that we are not depressed at least to some extent due to our previous lives. Certainly we were all sincere in our desire to help people above all, and many of us, myself included, never participated in preaching intolerance or hate. I cannot with good conscience say that my intentions justify my misguided proselytizing and preaching. These are regrets we all bear, along with the regret of so many wasted years of our own short lives. The conflictive responsibilities of maintaining one’s integrity and providing for one’s family, combined with the stress of changing one’s worldview and beliefs, can lead to a great deal of emotional turmoil.

TCP offers a support network that can provide encouragement, strength, and experienced counsel to active clergy going through such traumatic processes. I became involved in the project in the fall of 2011 as an alumnus (several years after I left my career as a minister) in order to help active members make the transition more smoothly.

Members of my family have been evangelical Christian ministers for many generations, which is a legacy I was all too happy to share. I served as a minister in various volunteer and staff positions for several years before and after my ordination, including significant amounts of mission work in Central America. Throughout the majority of these years, I never questioned my beliefs whatsoever. In fact, I loved church the whole time I was involved, and always remember my experiences fondly.

My decision was not about the comfort and community offered by religion; I simply chose to follow the facts wherever they would lead me. I was encouraged in this task by several verses from the bible which encourage searching for the truth (John 8:32, Ephesians 4:25, 1 Thessalonians 5:21). We must acknowledge the courage that these clergy demonstrate by willingly following their commitment to the truth despite the probability of personal loss.

Whenever I discuss my background, the most common question everyone has is, “What caused you to change your mind about religion?” Like most clergy involved in TCP, I did not become a nonbeliever due to personal tragedy, horrible experiences with religion, ignorance of scriptures or doctrine, or a desire to be free of religious restrictions. An overwhelming number of clergy reject religion as a result of many years of serious religious study. We reject religion for intellectual rather than emotional reasons.

The passion for ethics and truth that lead us into our occupations as clergy also lead us out of religion. When I became a minister, I committed to the truth wherever that might lead. Through my religious studies, I came to know the truth, and the truth set me free.

Though originally from Texas and Louisiana, I now teach Spanish, serve as the technology guru and direct the tutoring program for the language department at a university in Wisconsin. Outside of work, I enjoy Web design and programming, as well as blogging about atheist issues in English, Spanish and Portuguese. I like to think that the language skills I learned for mission work are put to better use now.

Joshua Everett is a member of the La Crosse Area Freethought Society and the Clergy Project, co-founded by FFRF’s Dan Barker.